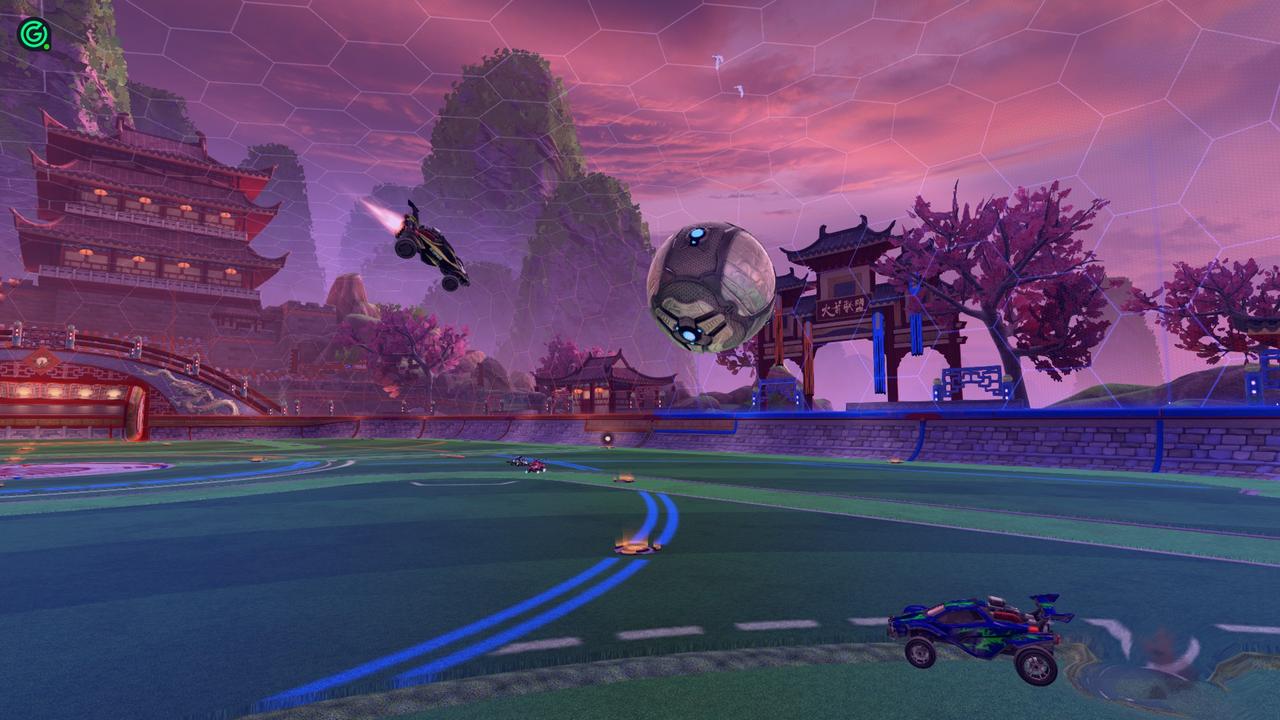 There is something unique about Rocket League. It is a high-octane, skill-intensive game about flying vehicles trying to play soccer. Somehow, it works. It has so many ways of drawing people in.

Rocket League offers something for everyone, from the most casual gamer to the dedicated pro-scene follower. Here are some reasons to jump in and experience the thrilling sport of soccar!

Rocket League is fun to learn

One of the most enjoyable parts of playing video games is to push yourself, to truly master something. When you develop skill mastery, it can be inspiring and encouraging. That competitive drive to get better is ever-present in Rocket League. There is no randomness, meaning you have complete control over your journey.

You can be expressive and develop your own playstyle. When you start to improve, you will find a swath of new mechanics and mental skills that will allow you to take your gameplay to the next level. There is always something new to learn as you develop a foundation with basic skills and find that satisfaction as you score your own highlight goals!

There are so many ways to pursue that improvement in your game. Some players are motivated by constantly climbing the ranks. Others might find more internal satisfaction in knowing they can pull out that new, flashy play. Rocket League is incredibly rewarding for players who love to feel rewarded for their time spent practicing. When you focus on your own skills and ability, it is easy to feel motivated about elevating your game to the next level. Even if you are not in it to grind to the top of the ladder, even a few minor adjustments make such an impact on your own perception of how your matches play out.

While it has a very streamlined appearance that can draw in fans of all gaming backgrounds, the intricacies of the game are some of the most rewarding lessons. It takes effort to learn how to properly hit that giant blinking ball. There are constantly new areas to improve, from figuring out how to consistently finish a play the way you intend to understanding how significant positioning and spatial awareness are.

The chance to show up your friends, or even work together, is always a draw in games too! The social aspect of Rocket League is a fantastic way to make memories and spend time with friends. Its casual barrier to entry and exciting game flow make it easy to pick up and play whether you are showing your friend the game for the first time or you both love playing competitively. Even people who have never watched before can jump in and feel engaged in the sport. Who would not want another game to pull out and beat your friends? That's what I thought!

Some players of differing ranks gave us insight into what makes Rocket League special to them. Tobymax1 said, "I enjoy the community, the gameplay, and the fun modes." From bizarre game modes like "Rumble," where players are given power-ups like a wild version of Mario Kart blended with soccer, to "Dropshot," an interesting way to challenge you to use your mechanics in new and creative ways, there are many ways to enjoy the game.

Have you ever played with a friend and felt like you were just absolutely dominated but laughed it off and jumped right into the next game? There is no person I enjoy that with more than berrynitro1524. We experienced the grind together from Bronze and Silver all the way up to Champion and more. Here are his thoughts on what makes Rocket League so unique: "I would say that, unlike other games, Rocket League hasn't changed since its release...that is very impressive to do so well with the same game for this many years. It's so competitive and fun to grind and to move up the ranks. And progressing is so satisfying. It's the only game I've ever played for this long, which is very difficult to do. And Rocket League has been a way that me and my friends could enjoy playing together. And going to RLCS (Rocket League Championship Series) was so insane."

Berrynitro and I went to the World Championships in New Jersey for Season 7. It was such a memorable experience as our journey started by playing casual matches together at home to watching the pros at the most important event in the entire game. One day, my dad met Justin "jstn." Morales—one of the best players in the world!—while just wandering around the arena. Of course, berrynitro and I were astounded as my dad presented a selfie to us, but we, fortunately, met jstn. later that weekend.

It can be just enticing to dive into the hardcore side of the game and follow the professional scene. It is inspiring to watch the best play the game at such a high level. Rocket League's history is full of legendary moments like jstn. 's' infamous zero-second goal at the World Championships Grand Final against Dignitas, or the success of Team BDS over several years. Beyond the entertainment and the ability to watch high-level gameplay, the players' personalities can shine through to add to fans' emotional connection. A "retirement" video was released for Dillon "Rizzo" Rizzo, a successful player turned streamer, full of inside jokes about the game, like lining up chicken tenders set up like a kickoff.

The Rocket League scene is still young compared to many other esports. There are unbelievable moments and stories to come as young stars turn into fan favorites. There are so many teams to root for, from the top dogs who always seem to be at the next level to the underrated squad that can pull off a crazy upset. The minor regions are becoming more and more dangerous in international competition, with teams like Furia from South America showing they can compete on the world stage. Just like watching a football game with a friend, it can be amusing on its own to support a team together or banter about a fiery rivalry. Many teams are becoming more engaged with promotional and entertainment videos, players who stream their own games, and engaging with fans on game day for the RLCS. There are players from the old guard who remain from the beginning of the RLCS to the new, flashy rookies, and pro players that double as content creators.

The in-game visuals are another way to customize your experience and express yourself. Car design is one of the most common ways of showing your friends your latest, most creative styles and flexing on your opponents as you take the podium. From decals to boost and toppers, there are infinite ways to find your flashy dream car. Things like goal explosions and player anthems allow you to celebrate with your own sense of flair and personality. Cross-over events with music producers and movie series all add to the novelty of new items and personalization.

The game itself is simply beautiful too. From the wide array of arenas to the cinematic effect as you and your opponents take to the skies with your boost blazing in a graceful intertwining of sport and explosive action. It approaches the "Beautiful Game" with a taste for the dramatic. The seasonal events always add new Rocket Passes to add to your cosmetic collection while adding gorgeous scenery like the "Salty Shores" and "Forbidden Temple" maps.

As berrynitro said, the game has not changed much since its release. While many games are enjoyable for their new patches and updates that change major aspects of the game, the beauty in Rocket League comes from being a simple sport with such complex details. That core gameplay of trying to outscore your opponents is addictive as you figure out new ways to approach the challenge.

No matter your gaming background, the game offers a variety of ways to engage with the community and enjoy the experience. The game has few similarities to other popular games, meaning there are not many transferable skills. Competitive gamers will love the challenge of mastering it, while casual gamers can enjoy its sporty feel and social appeal.

Since Rocket League went free to play, it offers the chance for anyone to try the energetic game. If you give it a try, you might be surprised how satisfying the feeling of controlling the car is as you boost around the field and score a climactic game-winner! Whether you are learning for the first time as you start your ranked journey or are looking for a new game to goof around with a friend, this game will have you coming back time after time.