All you need to know about Skins in League of Legends: Rarity, benefits, unique interaction, & more 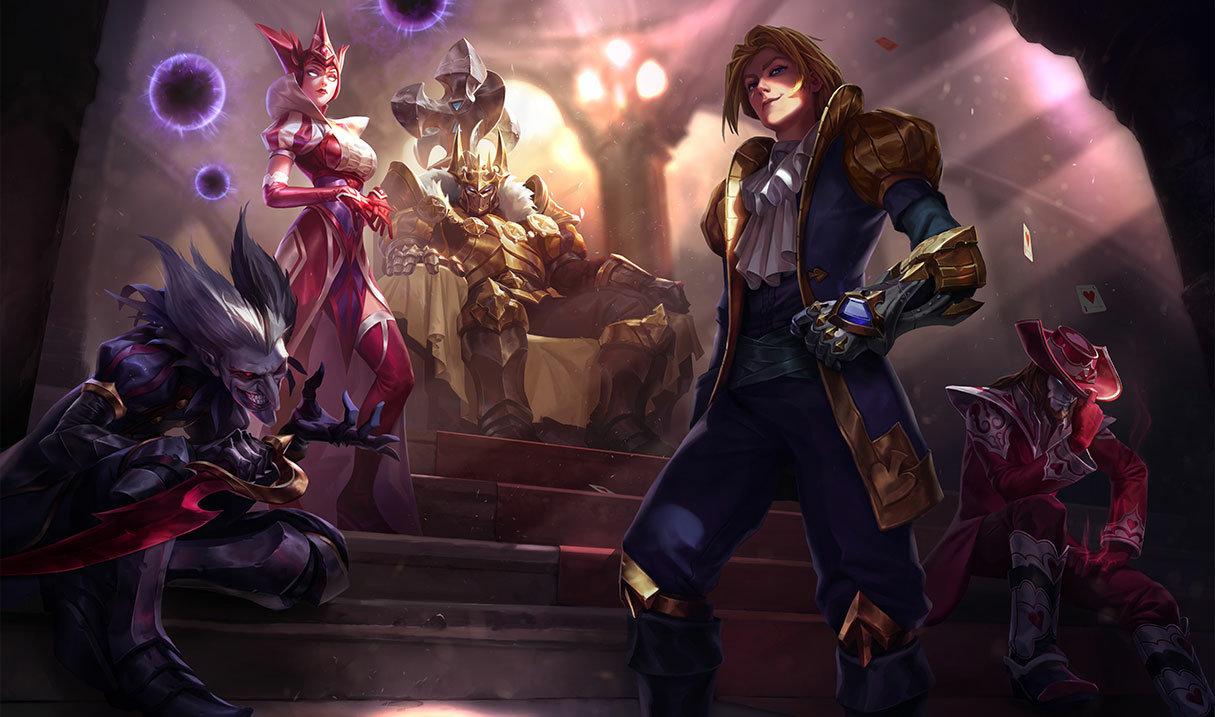 Skins are an immensely popular aspect of League of Legends, providing players with the ability to differentiate and stand out with their favorite champions. There are skins for every single champion in the game, ranging from recolors to popular skin lines accompanying events throughout the year.

In League of Legends, skins are primarily cosmetic, changing anything from recoloring a champion to having unique mechanics, recalls, and redesigned animations. The variety in League of Legends skins is massive, with more than 1300 unique skins currently in the game. In addition, many of the more recent skin additions include chromas. These are recolors or re-details of skins that players may purchase at a small RP (LoL's paid currency) cost.

There are many price points at which skins are available in League of Legends. Each is roughly associated with the rarity of the skin, which ranges from Common to Mythic and Ultimate skins. Some of the oldest skins, Assassin Master Yi, Golden Alistar, and White Mage Veigar, are the cheapest available skins, which players may purchase at 390 RP.

The number is very specific, as, in the past, players received 400 RP after completing the tutorial of League of Legends. The 390 RP pricepoint allowed players to pick up their first skin without spending any real money on the game.

The remainder of League of Legends skins are available at a price point ranging between 520 and 3250 RP. As the price increases, so does the quality and uniqueness. For example, most skins at 520 RP are older skins, which are often simple recolors with no changes to their animations. On the other hand, skins at 1350 RP and above are the new releases, which all feature unique redesigns, including changed animations, recall-animations, and some even with unique mechanics.

One step above the Legendary skins is the Ultimate skin tier. So far, there are six Ultimate skins in League of Legends, each with a design or mechanic that makes them unique. For example, DJ Sona has the mechanic of playing music created alongside the skin, which players can listen to throughout the game.

Another example is the most recent addition, K/DA ALL OUT Seraphine, which is a three-part skin through Seraphine's character development as a pop star. The skin includes three skins, a loading-screen border, two unique icons, and a unique emote only available through unlocking the skin and accompanying missions.

Most people aren't aware of League of Legends' surprising easter-eggs hidden throughout the game. Some easter-eggs are interactions between champions, whereas others are associated with certain skins or themes. A great example is Leona (the "Sun Warrior"), who deals one less damage through her passive, Sunlight, to champions with sunglasses.

More importantly, in League of Legends, certain skins can make the Blue Sentinel (the Blue-buff Golem) dance. Riot Games added the interaction for Popstar Ahri, and the dancing also works for any K/DA skins and their prestige versions.

To add to the fact that skins aren't just cosmetic, Riot Games blocked certain skins from use in professional matches throughout League of Legends' history. Certain skins cause graphical issues or look unclear on broadcasts. Others straight up changed the champion to create an unfair advantage. The champion in question, Anivia, has incredibly "clunky" attack animations on her basic attacks on the default skin. Since the champions' release, back in 2009, certain skins "fixed" the "clunky" basic attacks.

Two skins make Anivia much easier to pilot during the laning phase: Blackfrost Anivia and Festival Queen Anivia. While Riot Games (the makers of League of Legends) never bothered to correct the difference in animations, these are prominent examples of skins that professional players aren't allowed to use in official matches.

There is no publicly available list of banned skins, as Riot Games does not want to promote the skins which provide an unfair advantage.

Want to show off your favorite League of Legends skin? Stream a game with the G-Loot tracker installed and send us your best clips on Discord. You might just find yourself featured on our Twitter.