Greetings, Legends! Welcome to chapter ten of the Apex Legends 101 series, where we talk about how to physically and mentally improve ourselves, climb the ranks, and become the Apex Predator.

In this chapter, we’re taking a little break from the mobility in Apex Legends to explore how maps and exploration works. Since Apex Legends is not a game to shy away from adding new maps regularly, learning how each map works and figuring out which zones work better for you is essential.

Apex maps: how do they work?

First things first, Apex Legends currently has four maps. Kings Canyon, World’s Edge, Olympus, and Storm Point. Each of these maps has its own unique mechanics and methods of transportation, along with features they share.

Kings Canyon has the Supply Ship and Loot Ticks to name a few, while World’s Edge has geysers and cargo bots. Olympus is known for loot MRVNs and Storm Point has the Gravity Cannon along with Prowlers and Spiders. Each of these features plays a role in how you’re going to achieve the victory, so let’s dive in. 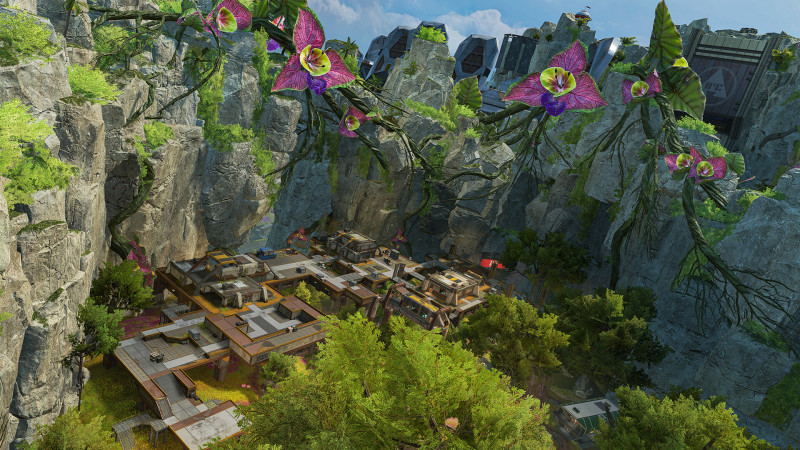 Storm Point, with its many secrets, is waiting to be explored. (Image: Respawn Entertainment)

As the first and the oldest map in Apex Legends, Kings Canyon has the highest number of unique features. So even though Kings Canyon has been around a bit, as a new player, exploration is your best friend. Even if you’ve just been away for a while, there’s still a lot to discover. Respawn has played around a lot in Kings Canyon through events and lore, and every time something big happened, Kings Canyon got a new, exciting feature. How to utilize these features is the subject of a different article, but what you need to keep in mind is that the first thing you should do when entering a new map is to explore to the best of your abilities.

In every map, you’ll find hot zones. Not the zones highlighted on the map, but the zones favored by players to drop. Where the action happens. If you’re up to the challenge, you can choose to land in these zones to start fighting and eliminating opponents right off the bat. You can also explore the maps to find the perfect spot for a squad selfie! (Image: Respawn Entertainment)

Some of the hot zones in Kings Canyon are the Cage, Marketplace, and Octane’s Gauntlet. The hot zones in World’s Edge include Fragment (both East and West), Rampart’s Big Maude, and the Epicenter. In Olympus, some of the hottest zones are Oasis, Energy Depot, and Bonsai Plaza. While Storm Point is a relatively new map, it already has some hot zones, which include Antenna, Command Center, and the Mill.

Keep in mind that these zones might not always have the best loot; what makes them hot drop zones is their level design. For example, Storm Point’s Antenna is a mid-tier loot zone. Its layered design with lots of chances to pick off unaware opponents, outmaneuver them to get to high ground, and escape in case of danger, it what makes it one of the most popular zones.

Speaking of Storm Point, learning where the wild creatures’ nests are could save your life or even become an ace up your sleeve in some cases. For example, if you know Prowlers are near, sometimes you can tactically position yourself to force other squads to deal with them, leaving their flank open for you to strike. While Prowlers and Spiders can be a headache, you can weaponize them if you learn the lay of the land.

Why you should explore each map

Maps in Apex Legends have two main variables in their design. How the developers intend a zone to be and how players treat it. While you can always utilize the features put there by the developers, a relatively more stable method is to follow the players. After some observation, you’ll find out which zones work better for your preferences.

If you’re an aggressive player who wants to engage opponents immediately, hot zones are your friend. But you might also want to take your time looting, finding a good spot, chasing care packages, or just completing the “outlive opponents” daily quest. Knowing each zone’s general standing in the player base might just help you come up with a better game plan in the long run. Just keep in mind that if you fail to find any opponents until the endgame, you might have to face fully geared, red shielded squads with your basic shield. So if you’re going for late-game engagements, at least try to find some deathboxes to loot before fighting. 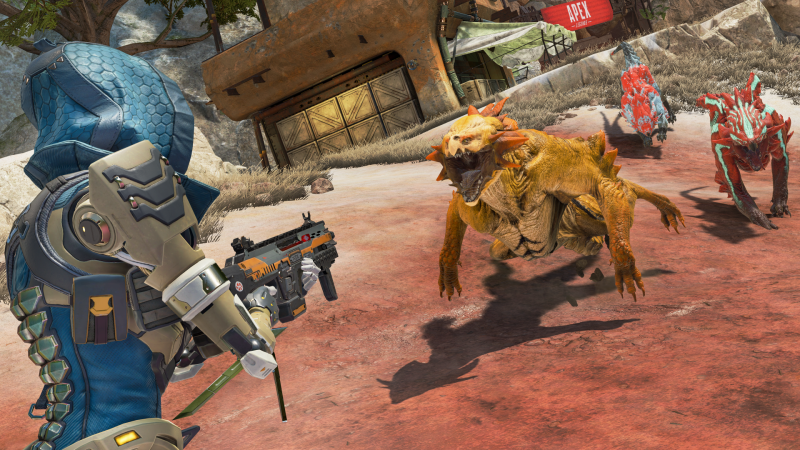 Learning about the zones will save you from unexpected Prowler attacks during a fight. (Image: Respawn Entertainment)

Exploration also helps you find paths, tight spaces, and walkarounds for future games. Knowing how to walk around the opposing team without being seen is almost as effective as shooting them. As you know, Apex Legends is a fast-paced game. Making one quick and smart decision might just help you come out on top.

Since the maps are getting bigger and bigger, exploration is also encouraged by the developers through a wider range of mobility options. Exploring the map will also help you figure out how these mobility options work and interact with each other.

Apex Legends is big, and keeps getting bigger, making exploration and discovery in maps even more critical now. At times, you’ll need to get on a Trident and make a lot of noise to cover big distances quickly. Knowing how Trident works and how it interacts with other in-game mechanics, such as Octane’s jump pad, will surely change your entire strategy. So get out there, take some time to explore the maps, and create your own strategy to climb to the top of the ranks. Also, make sure to keep an eye on the G-Loot Blog for further tips and information on how to improve your performance and earn great prizes!