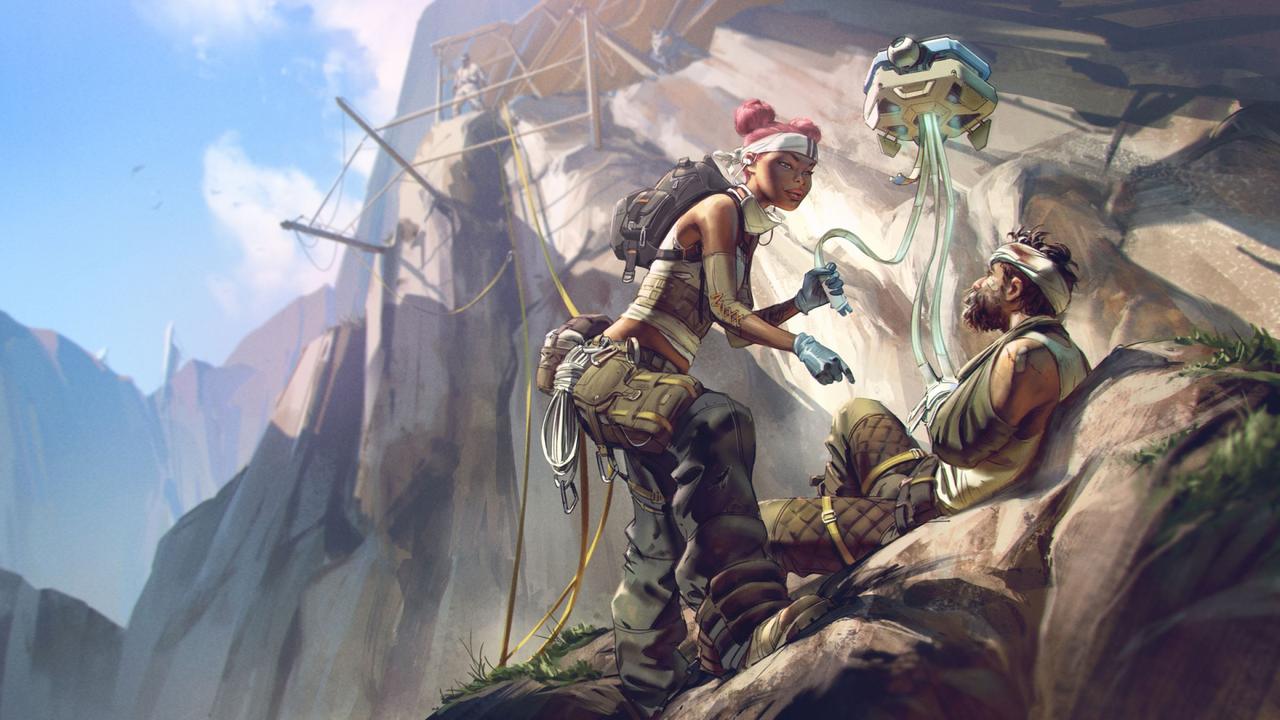 So, how do you win in Apex Legends? By being the last one alive.

Explosions. Bullets flying in every direction. People yelling. Total chaos. You’re in King’s Canyon again. In the distance, you see two teams duking it out. Yes! You’re about to third-party them. For once, you’re not the one getting third-partied! Time to collect some kills and eliminate some competition!

Welcome, everyone, to this week’s Apex Legends 101. In the first chapter, we talked about how to survive under fire. In this chapter, we’ll be getting one step closer to victory by eliminating our opponents because waiting for everyone else to die might just not be the best solution in a battle royale.

So, how do you win in Apex Legends? By being the last one alive. How to make sure you’re the last one alive? You make sure others aren’t alive by the end. So far, so good? Then let’s dive into the details of how to demolish the opponents unlucky enough to run into you.

Inhaling anything with that color can’t be good for your health, except if you’re Caustic. Then it means a good time. (Image: Respawn Entertainment)

While biding your time, planning your strategy, and positioning yourself might all sound great, raining an entire magazine worth of bullets on your opponents gives the quickest results. Going super-aggressive might not fit in your playstyle, but at times it’s better to go in and finish the job rather than wait for them to utilize the survival tactics from our Apex Legends 101: Chapter One article.

Aggressive playstyle is not something you should use at all times, but especially at mid and lower levels of play, a quick and aggressive attack usually has a shock and awe effect. Your opponents will tend to scramble to find a way to escape the bullets rather than try to shoot back. One thing to keep in mind is that you should refrain from overextending (looking at your Octane mains) and know when to stop charging so you don’t walk into a 1v3 situation.

I know this might sound weird, but keeping your calm while playing aggressively will increase your accuracy and overall stats. The better your aim gets, the more confidence you will have in yourself. More confidence means you’ll keep calm under any situation and will be able to respond quickly to opponents. As you know by now, battles are won in the mind, and in Apex Legends 101 series, we’re learning to become better Apex Predators by being mentally prepared for the sweet victory.

Don’t Be Afraid to Use Your Fists!

“He had a Mozambique, so I switched to punching.” -A Mozambique hater, after winning.

Now, in the weapons article, I mentioned you can’t punch your way out of a battle royale. That quote aged well, and you still can’t just win by punching. But that doesn’t mean punching (and kicking) is useless.

Melee attacks in Apex Legends, namely punching and kicking, deal substantial damage to make up for your lack of weapons. Each punch or kick you land deals 30 damage before mitigation. Keep in mind that heirloom items also count as melee attacks. Dealing 30 damage per hit means, unless your target is fortified, you can take down an opponent in 5 hits if they have a full white shield. This info becomes crucial when dropping to popular spots where you will land alongside 15 to 20 other people, sometimes in the same room. Especially in Trios mode, punching can solve a lot of problems during the initial landing phase.

Punching (kicking if you are in the air) also makes a great finishing touch if the fight is getting too up close and personal for your tastes (and by tastes, I mean your Kraber). After a long gunfight, you can cap off that last bit of health your opponent has with a well-placed punch or a flying kick. Yes, flying kick. If you’re in the air while performing a melee attack, you kick instead of punching, which will drag your mid-air character towards your opponent. This creates many useful situations where you’ll be just jumping and kicking opponents, which will cause your character to unnaturally move in the air, making you even harder to aim at.

The punching section of this article is brought to you by Pathfinder! (Image: Respawn Entertainment)

"Listen up, I'm callin' a Lifeline Package in." -Lifeline.

I can almost hear you collectively yelling “duh!” in my general direction, but hear me out. Since it first came out, Apex Legends have modified the character skills and cooldowns a lot to balance the game. Wraith used to be able to Phase instantly; Pathfinder’s Grapple cooldown was so short that you could almost feel like playing Titanfall 2 when using it. Now it takes ages before Wraith finishes that hand seal and phases out, so keeping your skills ready is even more important than before. But that sometimes leads to keeping your cooldowns until the next match.

Apex Legends has a great character-based battle royale experience where you can utilize amazing skills, some of them derived almost verbatim from Titanfall. These skills are there to give you an edge in the fight, so don’t be afraid to use them. As I mentioned in the aggressive playstyle section, don’t try to ration everything you have. You can always loot better gear and more ammo from your opponent’s Deathbox. So just go out there and use your skills to win that fight. Dying because you didn’t want to waste your cooldowns sounds very familiar, right? A cooldown timer is better than a match queue timer. So, as another mental exercise, try to utilize all your skills to the maximum. No strategy will work every time, but try to see if that improves your performance on the G-Loot ladders.

This is how cool you look when using your skills and not wasting them. The Viper skin also helps. (Image: Respawn Entertainment)

And once again, here we are, at the end of another Apex Legends 101 chapter. Now that you’ve read this article, you’re already one step ahead of those pesky opponents. Because either they haven’t read it yet, or you’re the better Legend when it comes to being mentally prepared for a battle. I believe it’s the latter. Remember, light, heavy, sniper or energy, all sorts of ammo are there to send one message to your opponents: You’re about to take them out and be the champion. Also, remember to keep your aggressiveness exclusive to the game, that being calm and collected is almost always the better way to approach situations.