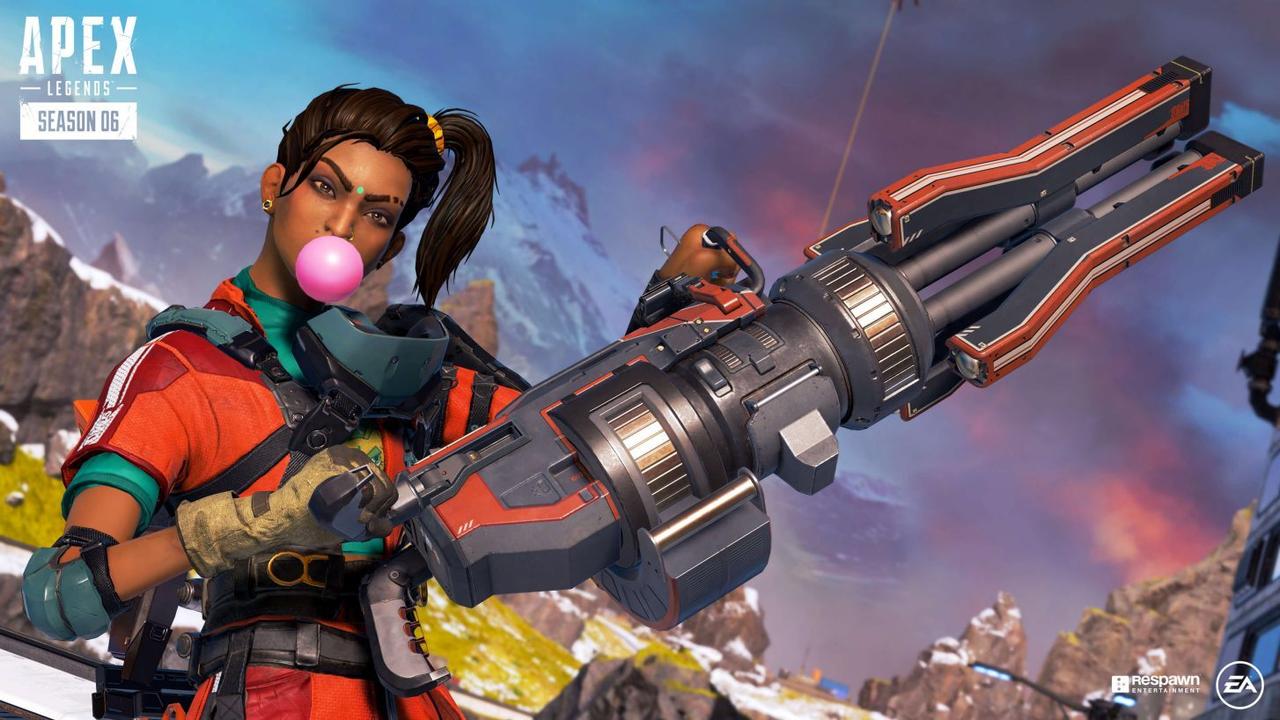 Greetings, Legends. Welcome to Apex Legends 101: Chapter 4. In this chapter, we’ll be talking about explosives, opening doors, and finding your way to victory by having a good sense of direction.  I’m your Jumpmaster, and today, we’re dropping straight into the heart of the matter.

As Walter “Fuse” Fitzroy will constantly remind you, using explosives is a great way to clear the way—and opponents—in Apex Legends. There are 3 types of explosives in Apex Legends: the Frag Grenade, the Arc Star, and the Thermite Grenade.

“The farmers tried to pay us in cheese, but I nearly had a spew. So they gave me a guitar instead.” (Image: Respawn Entertainment)

In addition to dealing serious damage, these explosives have another function. At times, utilizing these functions can even be more important than the damage they do. So let’s dive into the details.

The Frag Grenade is your run-of-the-mill grenade, found in basically every single game that involves explosives. You can throw it directly at your opponents for 10 damage and try to create hilarious moments by taking down opponents that way. After being thrown, the Frag Grenade takes 4 seconds to explode, dealing 100 damage. Depending on the angle you throw it, it can bounce off walls and roll on the floor before exploding, so remember to utilize that function. The grenade’s fuse is activated after you throw it, so you can hold it in your hand as long as you want. Running around with a grenade in your hand for extended periods might make your teammates anxious, though.

“Frag Grenade here. It may be of use to you, newcomer.” - Bloodhound, to Fuse

The Frag Grenade also has a push-back effect, which is why Octane lost his legs. He tried to propel himself towards the finish line to beat the Gauntlet record by dropping a grenade at his own feet. The push-back effect can be utilized to push opponents towards a direction you want, for example, to prevent their teammates from reviving them. The damage from the grenade might also kill them, which solves the problem, of course.

The Arc Star is the love child of Titanfall’s Gravity Star and Arc Grenade. It’s lighter than the other explosives, so you can throw it further. The Arc Star’s primary function is its ability to stick on surfaces and opponents. Sticking an Arc Star on an opponent will deal 30 damage, tripled if the opponent has a shield. The Arc Star has the Disruptor function where it deals triple damage to shields. This bonus damage does not overextend to HP, which is calculated separately. After 2.8 of being thrown, the Arc Star deals 70 damage by exploding. If you manage to stick it on an opponent, they will take 90 shield damage, followed by 70 regular damage.

The Arc Star’s damage also stuns the opponents, blurring their vision and slightly impairing their movement. This function applies to both the sticking and explosion parts. If you stick an Arc Star on your opponent, they will be stunned until the Arc Star explodes, and they will be stunned again when it does. As all explosives cause panic and erratic movements, sticking an Arc Star on an opponent gives the best results since they will tend to run towards their teammates in a panic, which will cause the Arc Star’s explosion to affect them as well—creating the perfect opportunity for you to wipe that squad.

The Arc Star also has the unique ability to disable the Trident momentarily. Also, keep in mind that Wraith can shake off an Arc Star by phasing out with her Into the Void ability, making her intangible and therefore un-stick-an-arc-star-able.

“Greetings, sir. I’m from space, and you are coming with me.” (Image: Respawn Entertainment)

“I could use the warm embrace of a thermite …grenade. Just to be clear.” - Mirage

Another great use of the Thermite Grenade is charging up your Rampage LMG with it. It increases the fire rate of Rampage, making it a great alternative to everybody’s favorite fire spitter, the Spitfire. Also, remember that Fuse can carry 2 explosives per slot, so be sure to stack some when you’re playing as him.

All three explosives will damage and destroy doors, opening your way into places and creating a great segue to the next section of this article.

How to open doors

“Door’s open; someone could still be here.” - Octane

While it sounds simple enough, opening and closing doors in Apex Legends can become the deciding variable of a life or death situation. The first thing you need to know is that all hinged doors open towards the opposite side you’re interacting from. This is important because the doors cannot be opened if anything is blocking them. This can be a live Legend, a knocked down Legend, a dead Legend’s deathbox, Caustic’s Nox Gas Traps, or a myriad of other things. Blocking a door can earn you a couple of seconds that could be vital when used for shielding or healing up, and if your opponents are not in a position to break it down, maybe even self-revive.

Of course, the blocked doors can be opened in an inelegant way. Instead of pulling the doors open, we immediately return to monke and start kicking and clawing it down. Each door takes 2 melee attacks to break, which will open your way. But remember that when trying to break doors with melee attacks, there’s a unique melee attack animation, which will leave you open to danger right after the door breaks. If your opponent is ready to engage when you’re breaking a door, make sure you’ll be able to tank a couple of hits or retreat to position yourself for the battle without doors.

Imagine this situation, but with a door. (Image: Respawn Entertainment)

Explosives also damage and break doors, which is the more dangerous option because the explosion damage will also affect you. But opening a door with an explosive for your squadmates to rush in is a great way to execute a raid to eliminate opponents.

Another way to open doors is to utilize some of the weapons in Apex Legends to shoot the handle. The Wingman, L-STAR EMG, 30-30 Repeater, Longbow DMR, Sentinel, and Kraber .50-Cal Sniper can open doors by shooting the handle, but if the door is blocked from the other side, the monke section applies.

Also, a Rampage that’s charged with a Thermite Grenade will break doors upon firing. Rampart’s Sheila also breaks doors, which isn’t really surprising because, apparently, Rampart can’t not break doors with her guns.

And here we are, once again, already better at Apex Legends. Explosives and doors are both very important in Apex Legends because if you know how to utilize them, they give a solid advantage in a dire situation. Also, Explosives and Doors would make a great band name.

In Apex Legends, a split-second decision can change everything. Don’t forget to keep track of your performance and improve yourself with G-Loot, so that you’ll be ready when the time comes.