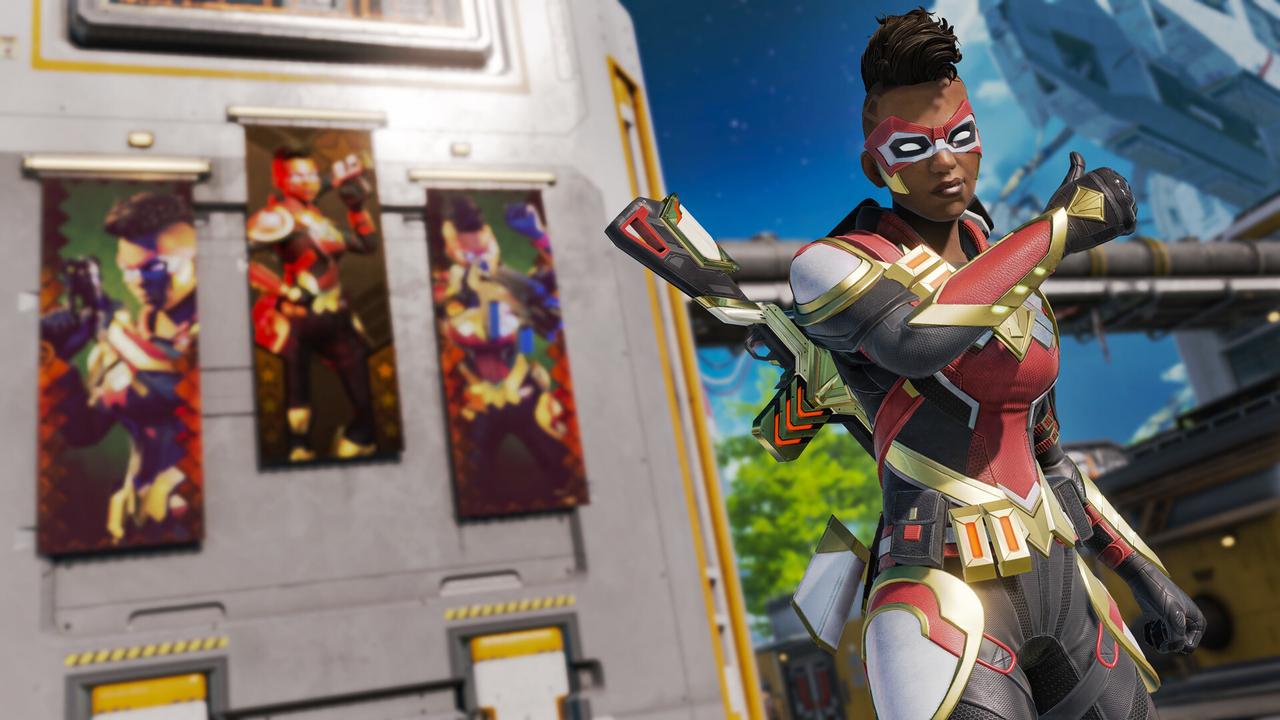 Welcome, Legends, to the Apex Legends 101 series, where we talk about how to improve our game and climb the ranks to become the Apex Predator.

In this chapter, we’re continuing from where we left last week and expanding on the subject of mobility in Apex Legends.

As you know, “movement shooters” became quite popular some time ago. While there are great games with more rigid movement (such as Counter-Strike), shooters with high mobility attracted a large audience and quickly created its own genre. Movement shooters require you to have great control over your movement abilities and the ability to keep up with the game’s high tempo. As the name suggests, Apex Legends 101 is here to help you fulfill those requirements and increase your performance along with your win rate.

"Pain... death... nothing phases me." - Wraith, just before entering the Phase Runner.

There are multiple ways of moving around untouched in Apex Legends. These ways are usually tied to the phase technology, mainly used by Wraith and Ash. As you know, a fully-functioning phase technology is something regular humans can’t physically tolerate, which is why it’s exclusively used by Simulacrum Pilots and Titans. Wraith, due to her unique nature and Void Navigation Device, is an exception to that.

“Look what they need to mimic a fraction of my power!” - Wraith, probably (Image: Respawn Entertainment)

You can use the Void to move around quickly and untouched in various ways. The first and the most obvious choice is picking Wraith and utilizing her Void-related abilities. You can use her tactical ability, Into the Void, to phase out and move at a higher speed than usual. This will allow you to reposition yourself without getting hurt, but as I mentioned in Wraith’s personal article, it’s been nerfed to prevent it from becoming a get-out-of-jail-free card. While in the Void, you can see vague images of other players and Wraiths who entered the Void at the same time and place as you. In exchange for that, you’ll leave a very visible trail that will reveal your position to opponents.

The second and almost equally obvious choice is Wraith’s ultimate ability, Dimensional Rift. It creates two portals, which serve as entry and exit points, to move Wraith and her teammates around unharmed. This, once again, will make a noise and leave a trail, so it’s more of a “buy time to reposition and heal up” method rather than “make a silent escape.

The third and the newest way to personally use the Void is Ash’s ultimate ability, Phase Breach. Being a Simulacrum Pilot enables Ash to utilize the phase tech at will, tearing apart the fabric of reality to move quickly on the battlefield. What makes Ash’s ability different from Wraith’s is the fact that it’s a ranged ability that you can aim. Ash picks where she wants to reposition to and tears open the reality with her sword, which creates only one portal and an exit wound. The exit wound does not work as an entry point, so Ash’s ultimate ability is a one-way ticket to destruction. A critical part of Phase Breach is that, since it can be aimed, it can be aimed upwards. Ash can create vertical portals, which is actually a game changer if used properly.

Ash and her trusty side-kick, Ratto. (Not its official name, but might as well be) (Image: Respawn Entertainment)

There’s also the option of using Phase Runners found in the maps. Phase runners work like Wraith’s portals, but since they are an incomplete version of Wraith’s Void Navigation Technology, they won’t protect you from the Ring’s damage. While you won’t get downed in a Phase Runner, you also won’t be able to avoid Ring damage by constantly traveling through it. Also, when you use a Phase Runner, a loud noise will alert everyone nearby, and alarms will ring at the exit point, notifying that someone is about to exit the Phase Runner. On Olympus only, you’ll stay in the Void and be temporarily invincible after coming out of the Phase Runner. This is to give the players using the Runner a fighting chance after coming out of it. This invincibility does not apply in the Phase Runner Arenas map.

"I got the need for speed." - Octane, to nobody’s surprise.

Apex Legends is a fast game. But don’t let that stop you from trying to go even faster. There are multiple ways of gaining momentum in Apex Legends and keeping that momentum to become a nightmare to fight against.

Again, let’s start with the Legend abilities that will make you go faster. Since a lot of Legends have movement-enhancing abilities, I’ll go over them in alphabetical order. We start with Bangalore, whose passive ability makes her run faster when under fire. While this is a great tool for aggressively pushing in a fight, the prerequisite of being shot at is a big downside. Next is Bloodhound, whose ultimate ability, Beast of the Hunt, makes them move 30% faster while it’s active. Since downing opponents will extend this duration, Bloodhound can move faster for a very long time if you use Beast of the Hunt aggressively.

Honestly, any Bangalore main would prefer this over running fast. (Image: Respawn Entertainment)

While Caustic doesn’t have an ability to make him go faster, he has the Fortified perk, which prevents bullets from slowing him down. The same perk also applies to Gibraltar. Small bullets don’t phase big guys.

Horizon’s passive ability to break the impact of a landing makes her a great Legend to keep momentum. As I mentioned in the Season 11 Guide, Horizon can even utilize the Gravity Cannons to better than other Legends thanks to her passive. Horizon can also make quicker mid-air turns with her passive, which will also help you keep your momentum.

Loba’s tactical ability, Burglar’s Best Friend, makes her teleport long distances. After Season 11’s buffs, Loba doesn’t lose movement speed while her bracelet is mid-air, traveling to her eventual destination. This buff helped Loba keep herself a bit safer before teleporting. Don’t forget that you can force the bracelet to drop down vertically at will to teleport quicker.

Pathfinder’s tactical, Grappling Hook, will launch you over long distances when used properly. You can keep the momentum you gathered through grappling by ending your flight with a ground slide.

Revenant gains speed in a different manner. He can climb much faster and much higher than other Legends. It looks very creepy, but considering the verticality of Apex Legends, Revenant’s vertical speed becomes essential. It also creates excellent opportunities in the Arena matches.

Valkyrie’s ability to hover with her VTOL Jets grants a slight speed boost when used horizontally, which will also help you retain your momentum from previous actions. Since Valkyrie cannot perform any other actions while using the VTOL Jets, this method is a bit on the dangerous side.

Finally, Wraith can move faster while using her tactical and ultimate abilities. You can also activate Wraith’s tactical ability while her ultimate is active, which will boost your speed even further.

I think, at this point, you know this is not really the conclusion of our talk on mobility in Apex Legends. As always, more mobility options and ways to retain your momentum will be in future Apex Legends 101 articles. So keep an eye on the G-Loot Blog to get the latest info on how to improve your performance.