Apex Legends 101: small changes that will improve your winrate

Explosions. Bullets flying in every direction. People yelling. Total chaos. You’re in a 3v3 fight in King’s Canyon. You hear another set of weapons firing from a distance. Not again! You just got third-partied. How do you survive? How do you outplay these multiple parties to come out on top?

So what are some things that are easy to miss but would help you a lot on the hunting grounds? Let’s start with one of the basics. 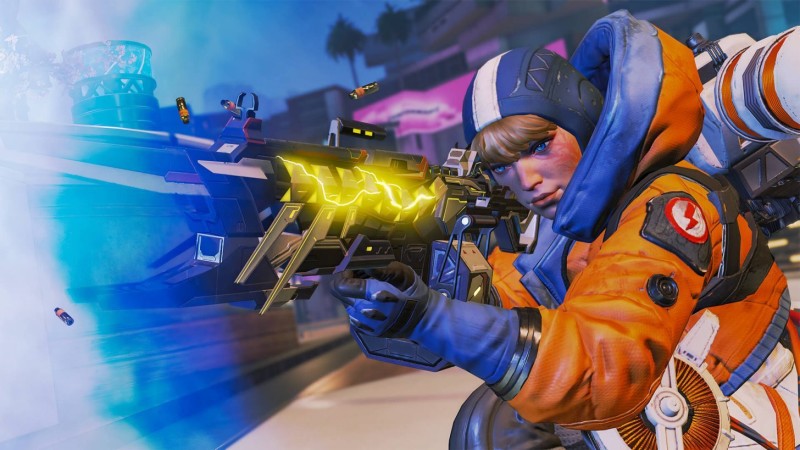 Wattson’s ultimate ability constantly charges your shields when placed on the ground, a fact that might go unnoticed because nobody picks her :( (Image: Respawn Entertainment)

“Enemy spotted. Way out there, like little cucarachas.” -Octane

Apex Legends has a great sound design. You can tell everything that’s happening around you by just listening carefully. Everything that happens has a unique sound effect that can be easily distinguished from each other. Even when signaling for “enemy sighted,” the Legends say a voice line according to the distance signaled.

Following audio cues is a great way to figure out the type of situation you’re in. For example, almost every Legend has their unique footstep sound, helping you deduce who you are about to face. Mechanical Legends like Revenant and Pathfinder make, well, mechanical noises when moving, and Octane has his distinct “I lost my legs because I’m unable to make sensible decisions” noise when he’s running.

Most of the time-based skills and items also have a unique sound effect, which signals out how long before it’s finished. For example, you can tell if an opponent’s charging up their shields and if you have enough time to interrupt them by listening to the shield cell/battery’s sound effect. 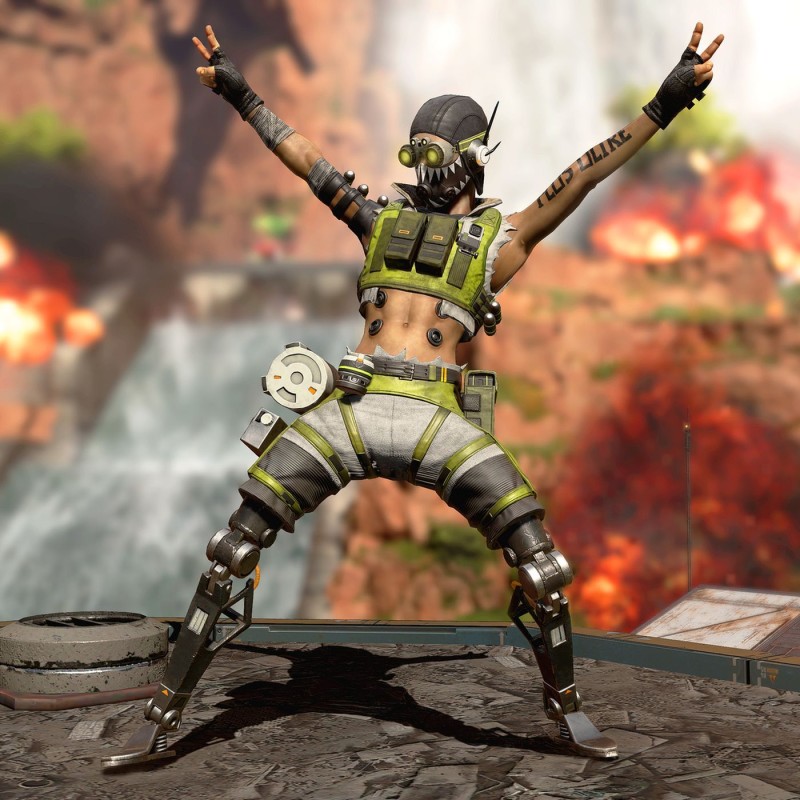 Octane’s mecha-legs. They make a unique sound you will hear, accompanied most of the time by his Stim sound effect. (Image: Respawn Entertainment)

In my opinion, this is by far the most important thing to consider while in a fight. Any moment you’re not firing or using a skill is an opportunity to shield up and heal. This sounds like a no-brainer, but I’m sure every Apex player can remember a moment they lost a fight because they didn’t have time to charge up one more bar of shield. Well, in the heat of battle, sometimes a second feels like minutes. Especially that last 2 seconds of a Phoenix Kit. Keeping in mind that a Shield Cell takes 3 seconds and a Shield Battery takes 5 seconds to apply. Those 3 to 5 seconds can decide the outcome of a fight, so always be ready to fortify yourself.

Another very useful way to stay alive is shield-swapping. I know, having a gold/red shield is the best, and I just told you to take the time to charge it. That’s still a crucial thing to do because usually, you won’t find shields just lying around. But when you do find them, swapping to a full shield will always help you more than trying to charge up your shields while actively getting shot at. By shield-swapping, you can stay alive longer to take down your opponents and get back your better shield to charge it at your convenience. 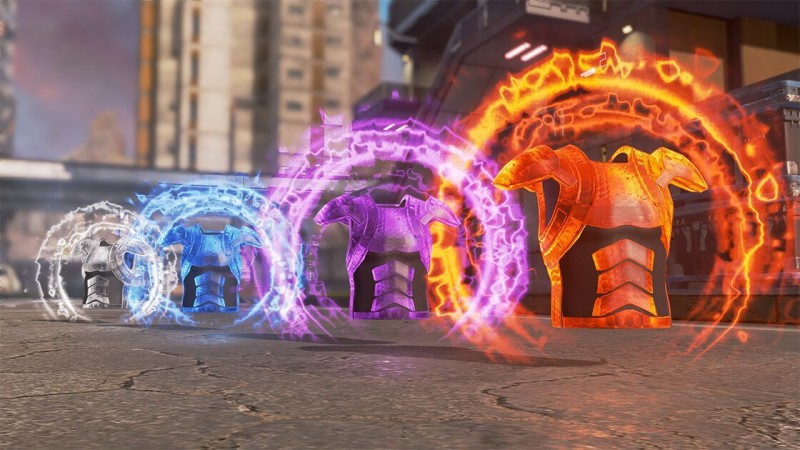 “Care package on high. Favor from the gods.” -Bloodhound

Care Packages are a high risk-high reward gamble that can save you from being unprepared before an upcoming battle. Care Packages have been buffed to include at least one upgrade to the gear of the team that opens it, so they have become an even more important part of the game lately.

The high-risk part of a Care Package is that everyone knows where they are due to its skybeam, and there’s always a significant chance that you’ll be ambushed while looting it. Likewise, you can set up an ambush for a team that runs towards it, excited but unaware of your presence.

The high rewards, on the other hand, make it absolutely worth your time. First of all, some of the best weapons (including the one-shot killer Kraber) can be found in the Care Packages. Plus, finding a better shield or a helmet can change the course of a battle in your favor. A golden helmet especially, if you’re using a Legend with long cooldowns, will help you a lot in dire situations.

One thing to keep in mind if you want to get the Kraber, it has a chance of spawning as follows:

So if you want to increase your chances of getting a Kraber, Round 2 is your best bet. 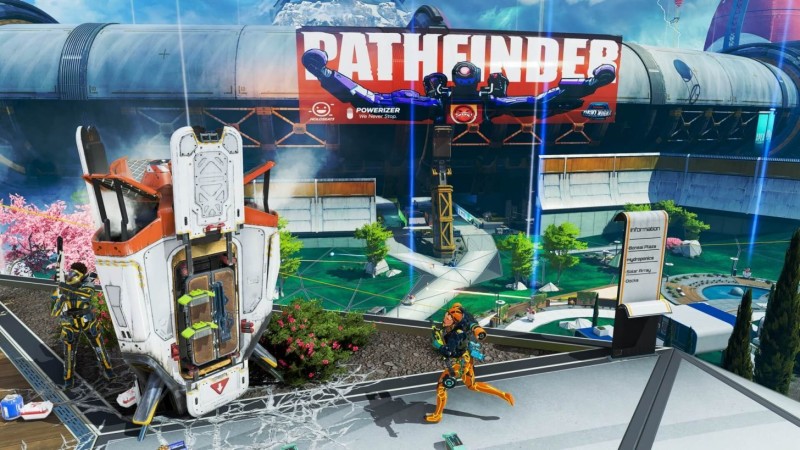 “A Care Package AND some shields? This is the best day!” (Image: Respawn Entertainment)

"You got blam-boozled. It’s like ‘bamboozled’ but with a... blam." -Mirage

As I mentioned in the weapons article, getting in more hits can sometimes depend on how you utilize your weapon. While you can always use the ancient martial art of spray-and-pray, getting in a single and powerful shot can turn the tide very quickly. 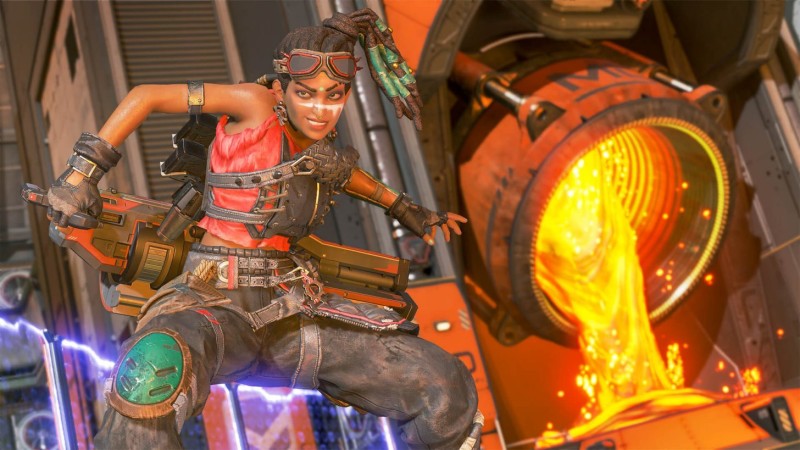 Also, as a mental exercise, keep in mind that shooting 28 bullets and hitting 2 of them would deal the same damage as shooting 2 bullets and hitting 2 of them. But in the first scenario, you missed 26 other shots that would encourage your opponent to rush you, which will significantly reduce team morale (and by morale, I mean HP). If you shoot 2 bullets and land both of them, that will give away the impression that you’re a sharpshooter, and your opponents will be more wary before messing with you. Battles are won in the mind; bullets are just there to inform everyone of the results.

And here we are, already better at surviving the odds. Remember, you can always utilize G-Loot to monitor your stats and see if you’re improving your battle mentality. Being mentally prepared is much more effective than it might seem to be, especially in games like Apex Legends, where you need to make quick life-or-death decisions. In future articles, we will expand our mental exercises to be better prepared for the Slatra and the glory.