Apex Legends: how to play Octane 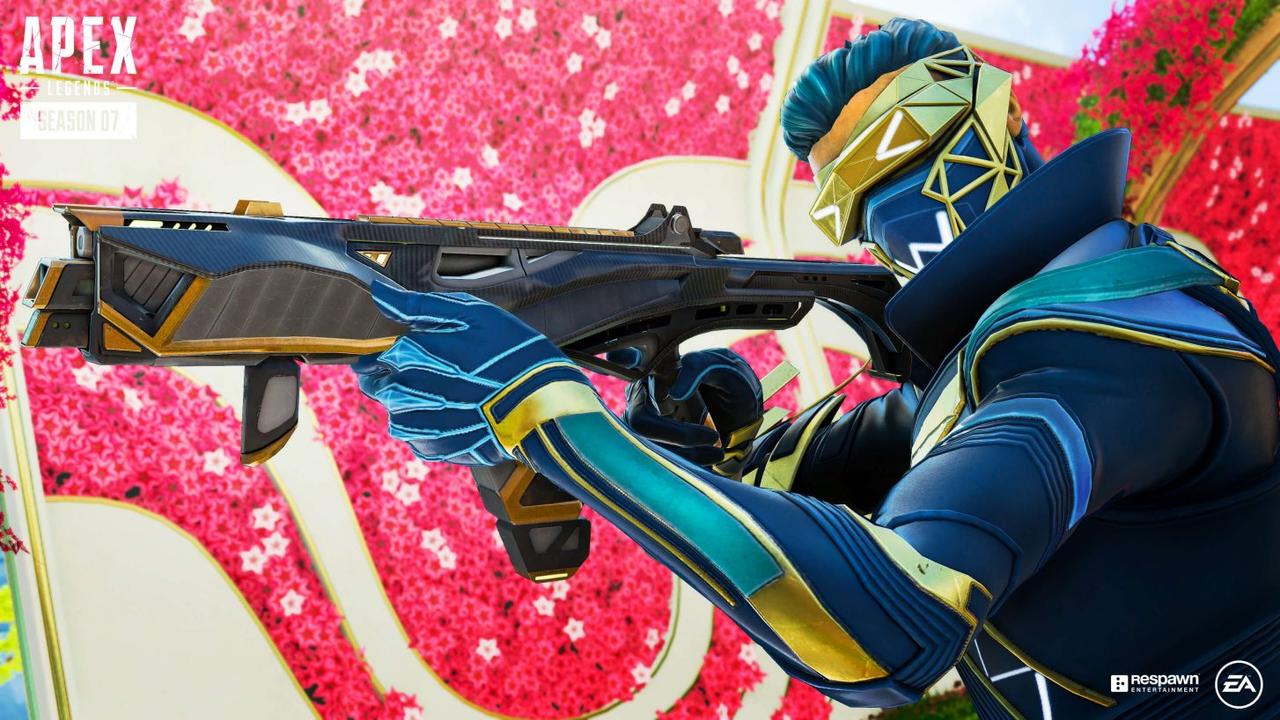 Hello, there, prospective Octane mains! Today, we’re learning how to play Octane and how to utilize him to be able to pull off the biggest stunts in the Apex Games!

First of all, you need to know that playing Octane is not playing a character in a battle royale game; it’s a state of mind. In this article, we’re going to learn how to achieve that mental state to be the best Octane out there.

Octane is a speedster. No, a speed demon. A daredevil. Octane has a need, and it’s the need for speed. So what you need to know about Octane is that everything you do with him will be fast, and you need to think fast, move fast, hit fast, win fast.

Let’s begin with his abilities. His passive, Swift Mend heals 1 HP per second when out of combat. This healing, while useful, will not save your life: so don’t depend on your passive healing to survive. Swift Mend makes a great pair with Octane’s Stim ability, helping you achieve incredible speeds to outrun your opponents and even death at times. Swift Mend will be locked if you’re silenced by a Revenant, so be careful. Other than that, you can always use your speed to find a safe spot to take a breather and heal yourself or shield up while Swift Mend also recovers your HP.

His tactical ability is Stim, an injection that pushes Octane to great speeds at the cost of HP. Stim increases Octane’s speed to the point of being faster with a gun in hand than other legends without one. This alone gives Octane a great edge in fights where movement and speed are key. Also, being able to regenerate his lost health from Stim enables Octane to act very quickly to grab loot in the early game and be an amazing scout for his team in later parts of the match.

This Stim is manufactured by Silva Pharmaceuticals, a company Octane’s father is the CEO of. Octane exploits his father’s unattentiveness to his shenanigans to acquire an endless supply of Stim for himself. He also has a dialysis machine on his belt that constantly cleans up his blood, allowing him to use Stim repeatedly.

His ultimate, Launch Pad, deploys a pad that will… well… launch you in the air. The Launch Pad has multiple pros and cons to it. For example, you can double jump in the air after being launched by the pad, and everyone can use the pad once it’s deployed. While being a pro, Launch Pad’s public usability can easily become a con if you fail to utilize it properly: if you use it to disengage while in an open field, your opponents can easily use your Launch Pad to follow you.

The Launch Pad can be thrown quite far, so it also helps your teammates escape even if you’re not personally in danger. You can throw your Launch Pad to let your teammates jump toward you or somewhere else. Don’t worry about them getting away from you; you’re Octane. You can always catch up to them.

You need to move faster than that, amigo. Speed is life.

The way the Launch Pad works creates different scenarios when using it. Particularly concerning the way the game calculates movement. Launch Pad launches you towards the direction you’re moving at the moment of touching it. But the game calculates your movement according to your button input. So if you’re currently pressing the forward button while you touch it, it will launch you forward. Here’s the tricky part. When you melee attack, your character lunges forward a little bit. But since you’re not actually using any movement buttons, your character is treated as not moving in any direction. So, using this, you can achieve a direct vertical jump. All you need to do is to use your melee attack (and no movement inputs) while standing very close to the jump pad. This will immediately send you upwards, which—with the help of double jumping—helps you reach some great viewpoints that are otherwise very difficult to reach.

Now that we learned about Octane’s abilities, we need to get into that headspace. The Octane State™. Playing Octane means you have certain responsibilities to your squad. To name one, you’re faster than anybody on the field. So you can grab the loot earlier than anyone by using your Stim early and then protect your squad until they find some good loot for themselves.

Secondly, since Octane can cover incredible distances in a very short time, you can act as a scout as well as a flanker. Especially if you’re teamed up with defensive Legends, scouting ahead and quickly coming up with an attack strategy is very important for an Octane to manage. You can use your Launch Pad to initiate ambushes, push escaping opponents or help your squad disengage from a fight that’s gone sideways.

We’re already in the Ring, guess I’ll run around in circles for fun.

Being Octane means you can always be on the move without having the disadvantage of not being able to get out of sticky situations. So always be on the prowl for opportunities. Use Stim and Launch Pad to act fast, move fast, and put pressure on the opponents.

One of the important things to remember as an Octane is to not “panic Q” in difficult situations. A lot of the abilities Apex Legends use can help in a pinch, but Octane’s tactical ability takes away directly from his health, so basically shooting yourself with an R-301 while also getting shot at by an R-301 might not be the best idea. It’s definitely on-brand with Octane’s personality, but there’s a reason he has mechanical legs. So try to control your impulse to hit that Stim until you’re sure that it will take you out of the danger zone.

Octane tends to fall off in the late game because the playing field is too small for him to utilize his speed without getting in danger. But if you manage to stay calm and collected (which Octane himself won’t like), he makes a great pusher that will carry you to the top of the G-Loot ladders.

Can’t believe I’m standing still; you’re lucky I like you.

Remember that Octane is in the Apex Games because he’s looking for something more thrilling than literally blowing up his own legs to beat the Pilot Gauntlet world record. He’s here for the ultimate adrenaline rush, so when picking Octane, make sure you’re ready to handle that rush. As the Octrain himself says: “Run fast. Hit fast. Win fast.”

And don’t forget to “Come by casa de Octane for a cold one.”