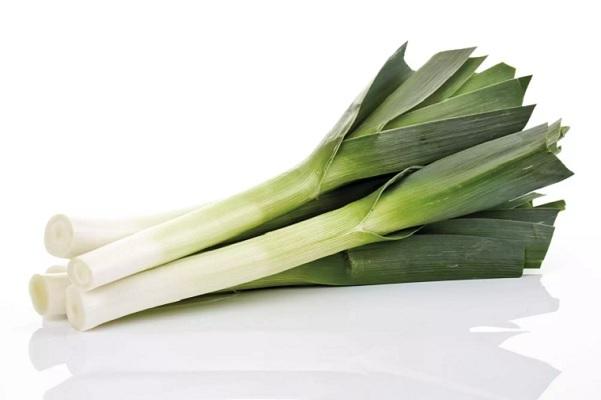 Okay, leaks happen. No point in pretending they don’t exist. However, not every leak is real. Sometimes content creators just want to create some buzz around their work and claim to have acquired some leaks regarding the future of a certain video game. In this article, we’ll take a look and see how the leaks work and if we should (occasionally) trust them.

Greetings, Legends! We’re tackling the leaks issue in this article. Obviously, leaks don’t only happen for Apex Legends. But Apex Legends has already seen nearly 2 years’ worth of leaks recently, so I’ll be focusing on that. Bearing with me is strongly advised.

Leaks can be anything, honestly. Leaks come in many shapes, from entire gameplay videos to photos of a monitor from far away. As long as they promise to include information on unreleased and upcoming content, it’s a leak. Sometimes people who are friends with the developers learn some info from them and decide to leak it, which is the least credible type of leak since they are text-based and mostly rely on a “my uncle works at Nintendo” level of trust.

Apex Legends, while also receiving text-based leaks, gets a lot of “gameplay video” type of leaks, and lately, a lot of info was dropped by the leakers. Apex Legends runs on a heavily modified Source Engine, so its PC version can be heavily modded to create very interesting results, such as creating a weapon that shoots Wraiths that log out upon contact with a surface. Yes, Wraith mains, we see you.

Are the leaks real or not?

So, how do we know if these leaks are real or not?

The short answer is we don’t. Leaks are and likely will always be unreliable to a certain extent. However, we know for a fact that some people do have access to early builds of Apex Legends and release gameplay videos of unreleased content at the risk of being exposed.

You should keep in mind that most of the time, leaks can’t give you exact information that will be consistent with the released content. Mainly because the leakers access an unfinished version of unreleased content, and also developers catch up with the leaks and proceed accordingly. So most of the time, what you’ll get from a leak is not data but a suggestion. We all know who we should trust in that situation. Make it so.

Come on, give us some interesting leaks about Apex Legends!

Oh, fine, I will. But personally, I don’t condone leaks. They take away the best part of new content: the reveal! I’d rather wait for an official cinematic to be released to learn about new Legends and their abilities. In the age of leaks and spoilers, nothing beats the excitement of going in blind!

If you feel the same way, skip this next section to avoid potential spoilers. See you in a few paragraphs.

So, here are some Apex Legends leaks for you. Remember how we’ve been asking for P2020 or Mozambique to be dual-wielded? Well, that’s not happening for the time being. But a leak claims that a new weapon called Fanatic is in the works. It’s a dual-pistol weapon where you can’t aim down sights but instead use the ADS button to fire the second pistol—giving up some accuracy to gain an incredible stopping power at close range. The leaker also claims it can be charged up to shoot one big shot from each pistol for a higher damage impact.

Another noteworthy leak is Gemini, a new SMG. The way it works is quite similar to CAR or R-99, but if you equip two of them, dealing damage with one Gemini feeds ammo to the other Gemini. They also seem to have a very fast weapon switch rate between them, making wielding double Gemini a great asset to win close to mid-range fights. Gemini is aptly named, for sure.

There are also leaks about upcoming Legends. Now, this is an entirely different area than the leaked weapons, etc. A new Legend being added to the game means lots of assets for them: voice lines, unique animations, character models, and so on. So a leak can be very accurate or very false depending on how many of the assets the leaker has access to. A leaker being right once doesn’t mean their future leaks will be just as accurate. Leaking unreleased content has become its own beast, and content creators sometimes gravitate towards what would bring in more views. So take all the leaks with a pinch of salt.

So, in terms of Legends, 9 upcoming Legends seem to have been leaked by some content creators. Assuming all 9 are the actual upcoming Legends, that means more than 2 years of Legend content have been leaked. Respawn Devs confirmed multiple times that they are developing way ahead of time. When a season begins, they usually don’t remember much about it because it was at least a year ago for them. In light of this, 2 years’ worth of Legends being in the works is quite possible. However, as I previously mentioned, take all of these leaks with a huge pinch of salt.

This image is really just for my own amusement. Heh. - Editor.

While most leaked Legends are new and unique characters, one among them is a somewhat familiar face. IMC Pilot Commander Scryer is supposedly one of the upcoming Legends. Of course, we know Bangalore and her brother Jackson killed him. His leaked abilities imply a non-human ability to “haunt” opponents after death, implying he will either come back as a Simulacrum and/or will have mystical powers akin to Revenant.

Another interesting leak is Phantom. According to the leaks, Phantom can double jump—a trait that Pilots have been known to have. They can also use a grappling hook quite similar to a Pilot’s. What makes it different from Pathfinder’s grappling hook is that Phantom can hang on a wall for a short time after grappling to it. Another nod to Titanfall’s Pilot abilities.

One last Legend leak I’ll mention is Vantage. This Legend seems to be sniper-oriented, and they get multiple perks for using sniper rifles. They also summon a new, unique sniper rifle as their ultimate. How this would affect the balance of the game, we’ll have to wait and see.

What do we do with all this information?

That’s the part where I personally dislike leaks. There’s nothing to do about this information other than to wait and see if it’s accurate or not. Maybe you could save some in-game currency to unlock the upcoming Legends, but that’s what you should do anyway. So most of the time leaks just mean spoilers.

Also, you can just shelve this information in your mind until it’s relevant again. For all we know, the developers might never add most of this content to the game. Items and Legends might get canceled, changed, scrapped for a different version, etc. You’ll end up with “what if”s. For example, Seer was leaked as this malevolent, mysterious ghost-like being with a fearsome mask. He turned out to be none of that.

“You better not become a Simulacrum after this!” (Image: Respawn Entertainment)

Apex Legends is currently focusing on Bangalore’s and her brother Jackson’s story. So, for example, we might just see Jackson as a new Legend soon. As a side note, Kuben Blisk himself has been leaked many times as an upcoming character in the past. Abilities and all. Yet he’s nowhere to be found. Meanwhile, the current story in Apex Legends points towards Jackson’s fate being revealed soon. If he’s indeed alive, it would be nice to have another Pilot in the game, to be honest.

At the end of the day, we get what we get, right? While leaks create excitement, real teasers and content like Stories from the Outlands create much more anticipation, and the performances by the brilliant voice cast of Apex Legends bring stories to us in a fantastic way. What I’m trying to say is: solid data is almost always better than leaks and rumors.

Speaking of solid data, boy, do I have an app for you. G-Loot gathers solid data on your in-game performance and provides insight into your overall player performance! Apart from being a great stat tracker, G-Loot also offers daily challenges to improve yourself and earn a chance to win real money prizes!

How do you win real money prizes with G-Loot? You simply attend the Weekly Brawls and earn your ticket to our Monthly Showdowns. Monthly Showdowns are where the real action happens, and teams from all skill levels duke it out for a slice of the $5000 prize pool! Also, it’s not only for Apex Legends. You can use G-Loot with most of your favorite esports games, such as PUBG or Valorant!

What do you think about the Apex Legends leaks? Is your 2-year Bingo card ready? Who would you add to the game if it was up to you? Join us on Discord to discuss everything about your favorite games with fellow G-Looters!

See you on a not yet released Hunting Grounds, Legends.