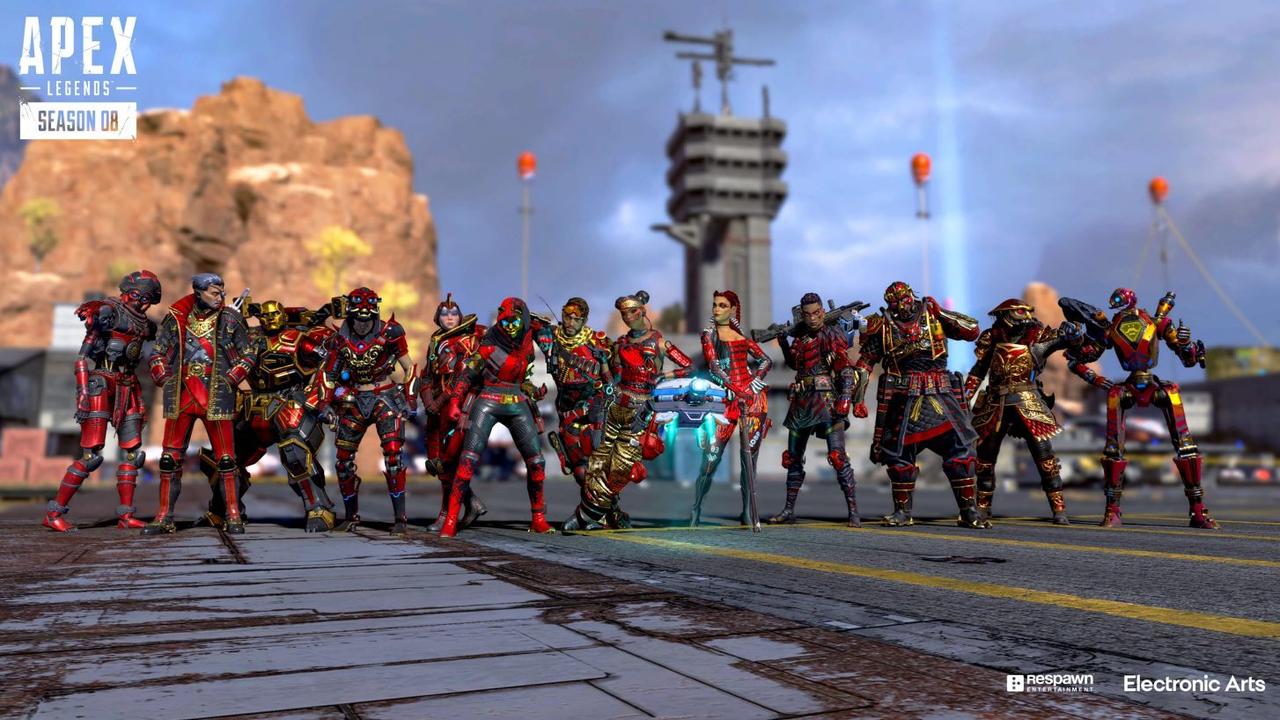 G-Loot’s Apex Legends March Showdown just wrapped up last weekend, and it was an emotional rollercoaster. Every match changed all the possible outcomes and made predicting a winner almost impossible. That’s what’s great about the G-Loot Showdowns, though. You could be the next winner to take the biggest slice from our $5000 prize pool!

Greetings, Legends! As always, G-Loot’s Apex Legends Monthly Showdown for March was a nail-biter! This one, however, might be the most exciting series ever in terms of how teams performed throughout the tournament. Our host—none other than G-Loot’s very own Tabbie—and commentators BLU and Lawler added to the excitement and helped us through the dazzling action. So let’s take a look at how the teams made it to the finals and the highlights of the final series.

Tabbie, BLU, and Lawler provided us with insight into what’s going on in the tournament.

The first round was played in two groups—playing six matches each—to earn a spot in the final series. Once again, the first round witnessed a very close competition. Predicting a winner based on the first-round standings was very difficult. We also got to see some very creative team names. Here are the standings for the first round:

Both groups had a very close competition, with Group 2 having the closest calls. Just like our January Apex Legends Showdown, Phoenix Legacy took first place in their group to solidify their position as one of the most dangerous first-round teams. And again, just like the January Showdown, that was all about to change in the finals.

The final round was played on March 20th, hosted by Tabbie and commentated by BLU and Lawler. The final round saw an insane amount of competition, with 5 different teams winning the first 5 games and top teams having points very close to each other during the final stretch.

The first three games were played on Storm Point. Game 1 was won by 69iQ eSports, making a great start. The second game was won by Nemesis with 69iQ eSports in second place. This cemented 69iQ’s spot as a top contender very early. However, 69iQ placed 13th in the third game while Phoenix Legacy secured a solid win ahead of Alliance and Mutariuum.

The second half of the tournament was played on World’s Edge. Forg Gang and ANC OUTPLAYED won the fourth and fifth games, respectively, with Alliance and 69iQ eSports closely behind. So when it was time for the sixth game, it was anyone’s guess who would win the tournament. However, Nemesis managed to win the last game, earning 2 victories to secure the overall win. Both Nemesis and 69iQ eSports scored 45 total kills, with Nemesis being only 3 points ahead thanks to their success in Game 6.

People who tuned in to watch the Final Round on Twitch got to see some incredible plays by players. Top moments included Mutariuum’s Tylerfps hitting an incredible Wingman shot to kill an opponent that was mid-flight from a Gravity Cannon. After his teammates were killed early, we also witnessed Hakis from Alliance conducting a masterful stealth mission. Hakis managed to hide and sneak his way through multiple Ring closings to grab his team some placement points at the end. His overall performance and the entertainment value of his one-man mission to survive earned him the MVP award from the viewers. Hakis was also the MVP of G-Loot’s January Apex Legends Showdown, where his team, Alliance, dominated the series with 3 wins and won 1st place.

After all is said and done, the final standings and the winnings are as follows:

It was an incredible competition where even the viewers and commentators were stumped when trying to predict a winner. G-Loot’s Apex Legends Monthly Showdown for March ended with an exhilarating victory by Nemesis. Big congrats and a huge GG from us here at G-Loot to the Nemesis team members robbeN, Clone, and ASKYY.

As we always say, G-Loot is your greatest assistant when you want to climb the ranks in Esports, and G-Loot’s Monthly Showdowns are where you can test your skills against players of all levels. You see these teams winning again and again in these tournaments? That’s because they take the time to improve themselves and challenge themselves against tough opponents. By taking the challenge yourself, you can be the next winner of our Monthly Showdowns!

Make sure to play the Weekly Brawls to earn entry tickets to the Monthly Showdowns and prove you’re the Apex Predator to everyone unlucky enough to stand in your way.

So, what did you think about our latest Apex Legends Showdown? How did your favorite team perform? Do you think you have what it takes to challenge the best of the best? Join us on our Discord to discuss and maybe even form the next winning team with fellow G-Looters!

See you in the next Showdown, Legends.