Apex Legends Monsters Within event: what to expect

Greetings, Legends! Halloween is almost upon us and Apex Legends is once again venturing into the spooky side. On October 12th, Apex Legends launches the Monsters Within Event. To fight the monsters, it’s time to become one.

Releasing the Monsters Within

Spooky season brings out the monsters, as usual, this time in the shape of a Revenant-turned-werewolf. A were-venant…? From October 12th to November 2nd, the Monsters Within event will be running and you should be, too. Because this event also includes the fan-favorite Limited Time Mode, Shadow Royale.

So, what’s the Monsters Within event? The event comprises of 3 weeks worth of rewards, which can be earned by completing event quests. These rewards include Apex packs, an Event Pack, and a new Loba skin.

The event will include Thematic Packs which will contain guaranteed non-dupe event-limited cosmetics. Also, some of the classic skins from previous Halloween events will be offered on the Apex Store. These include Wraith’s “Mistress of Evil” and Crypto’s “Deadly Byte” skins.

The event also brings some banners that allude to the Apex Legends lore. These include banners that resemble movie posters that have the Legends’ names as the actors in them. “Full Moon Over Skull Town” has Kaleb Cross and Loba Andrade as main actors, Kaleb Cross being Revenant’s name before he became the simulacrum he is now. “Rise of the Bloodbot” has Bloodhound as a solo lead but as it’s never revealed, Bloodhound’s name is not on the poster. Another poster has “Invasion of the Outlands” starring Alexander Nox and Natalie Paquette, Caustic and Wattson, respectively. All of these “movies” are produced by Hammond Pictures, a reference to both the Hammer films studios and Hammond Robotics, the company that works under IMC and has created Revenant from the consciousness of Kaleb Cross. A horror producer indeed.

The cosmetics this event brings can be purchased or crafted and can be viewed under the Thematic Event section in the main menu, next to the battle pass tab. 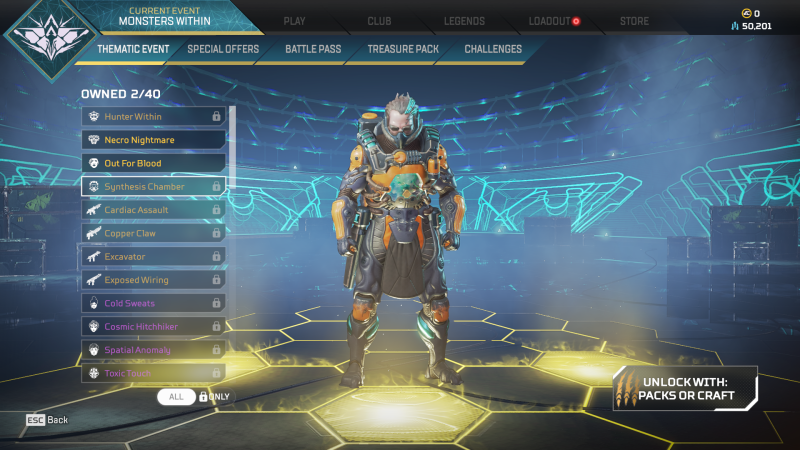 Encore and Applause on Boreas

Along with these weekly challenges and skins, a new arena map will be released. This new arena map is called Encore, and it’s on Seer’s home planet, Boreas. Once considered a cursed child, Seer made himself a reputation on Boreas by being the people’s champion in the Arenas.

Since his childhood, Obi Edolasim was an outcast because of a prophecy that said he would bring destruction to the world. When he started competing in the Arena on Boreas, the outcasts and forgotten people of Boreas started forming a connection with him as one of their own. It quickly became an important part of his career, and along with the victories he won, he built a huge reputation as the people’s champion. This reputation helped him get in the Apex Games, and now we get to see his own turf, the place where Seer became a literal Legend. “It’s over, Wraith. I have the high ground.” (Image: Lucasfilm Ltd.)

Shadow Royale is back with a new look, and it puts us in the shoes of Revenant, this time in a more permanent way. In Shadow Royale LTM, like Revenant in the lore, we keep coming back from death until there’s nothing left to keep us going. Shadow Royale is run by Revenant and is a darker version of Apex Games. When you die in Shadow Royale, you’re respawned in Shadow-Form to exact revenge on your opponents. Shadow-Form gives you infinite lives, as long as there’s at least one person alive in your squad. If all of your squad members are down, you’re out.

In Shadow-Form, you are faster, stronger, and can wall-run and double-jump. So if you’re familiar with Titanfall, Shadow-Form lets you realize your “Titanfall movement in Apex” fantasies. Shadow-Form also makes you unable to use weapons and basically disables your inventory while giving you a stronger melee attack that deals 50 damage instead of 30. Plus, in Shadow-Form, you can regenerate health by performing finishers on downed opponents. Remember that those opponents you finished are about to respawn as a Shadow version, too, unless they were the last “living” member of their squad. 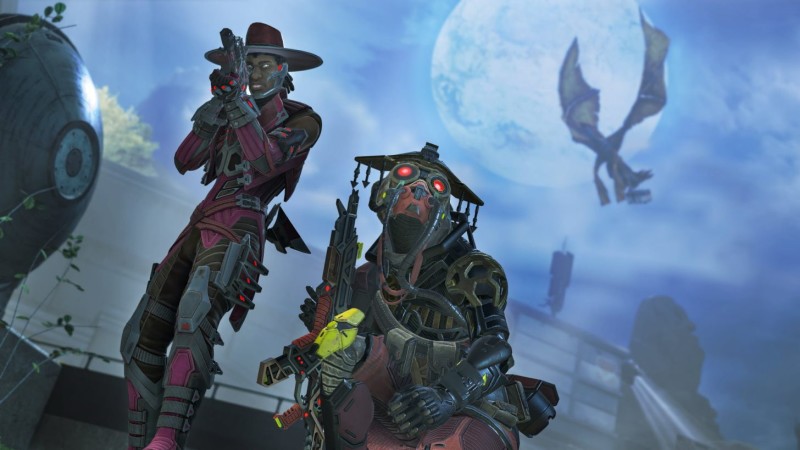 Some of the Respawn developers claim this is the best skin for Seer. (Image: Respawn Entertainment)

Step into the Shadows

The Monsters Within event once again expands the Apex Legends lore, albeit slightly. Boreas is a planet we know very little about other than it being Seer’s homeworld. Having a new arena map located on Boreas means we get to see and learn about Seer’s home planet and maybe even move the Apex Games there one day. Timeline-wise, a new battle royale map should be due around season 11, so bringing us to Boreas for Arenas could mean that Apex Legends might soon have a new map to duke it out.

Don’t forget to check out G-Loot challenges to prepare yourself for the ultimate Shadow Showdown in this year’s Halloween event, and remember to keep an eye on the G-Loot blog to improve your game by becoming a better player mentally and physically. 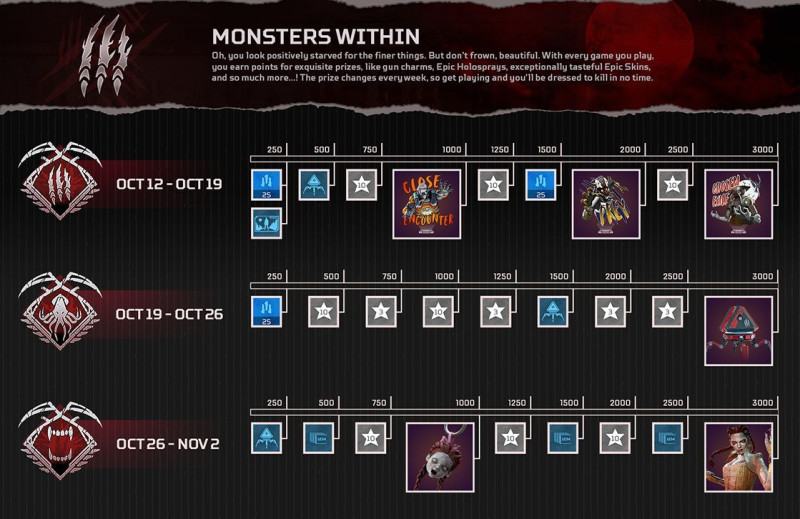 From October 26th to November 1st, Octane celebrates Dia de Los Muertos by having a new Muerte Rápida (Quick Death) skin along with a matching banner frame and a Volt skin. The Apex Store will also include returning bundles for the Dia de Los Muertos celebration. 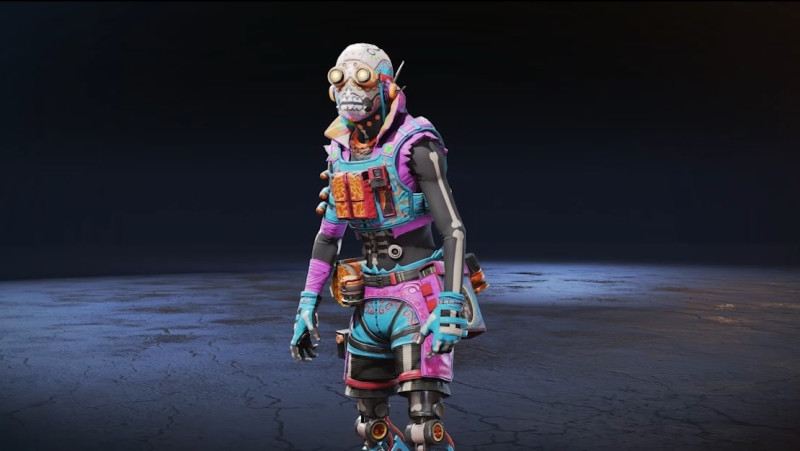 See you on the Shadow Realm, Legends.