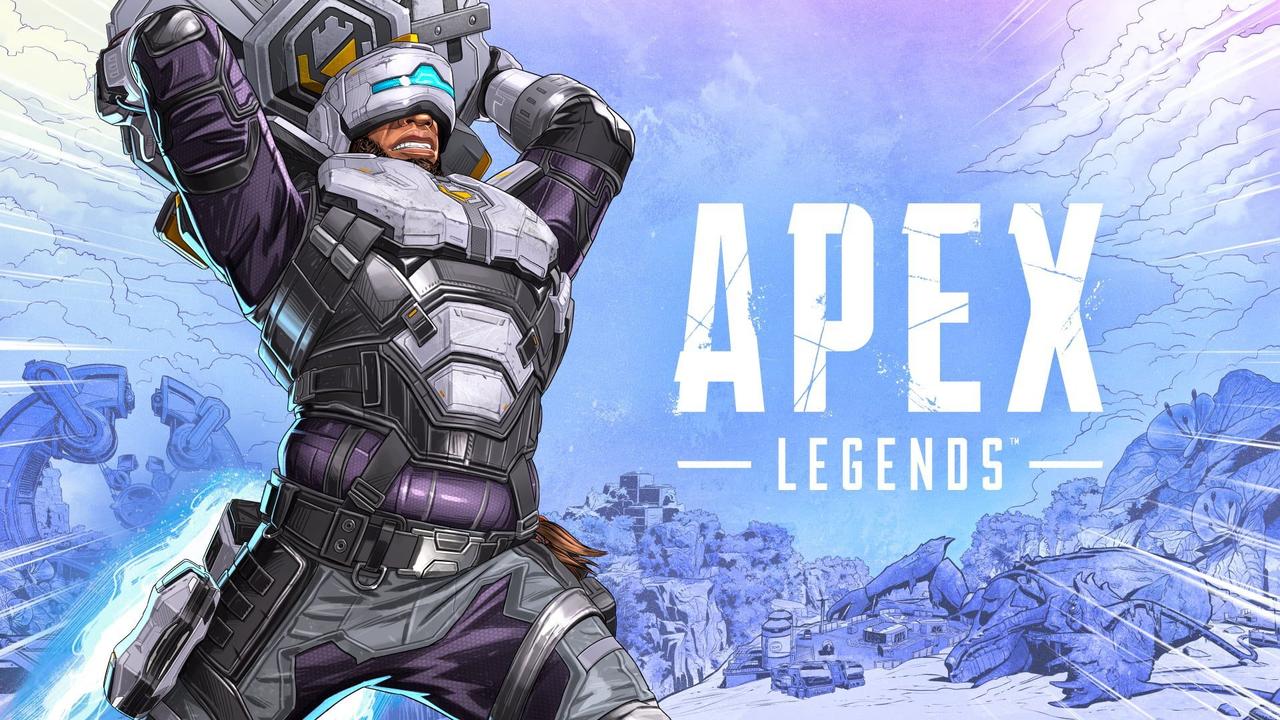 Apex Legends ranked mode gets a huge overhaul with the release of Season 13. In this article, we'll go over the details of this overhaul, cry and laugh (sometimes at the same time) together and prepare ourselves for the "reloaded" ranked mode of Apex Legends.

Greetings, Legends! Season 13 of Apex Legends might be the breaking point for lots of players, but this doesn't just mean a lot of players will dislike it and move away. While buffs and nerfs (mostly nerfs) are lined up for Season 13, the ranked overhaul might just bring some players back. Let's take a dive and see how the ranked scene will change in Apex Legends Season 13 and forward.

Respawn has been vehemently pushing the "the goal is to win" approach in ranked mode, which is not a bad thing per se, but sometimes they tend to over or under-tune things to reach that end. At the end of the day, Apex Legends is a battle royale, which means the last one to survive wins. How you do that, of course, is up to you. Before the last ranked update happened, getting a lot of kills was arguably the better way to get ranked points since the kill rewards easily trumped the victory reward if you played aggressively enough.

After balancing the kill/victory ranked point ratio, in Season 13, the ranked system once again gets a makeover to emphasize the importance of teamwork and being the last one to survive. It kind of takes away the predator part of the Apex Predator title. Still, it's a well-intentioned decision for the long run.

To that end, ranked points you gain are re-balanced and personal achievements are tuned down a little bit to encourage team play. Let's see what that means.

Starting with Season 13, everyone in a team will receive some RP when one of the teammates gets a kill. This is huge in terms of how you approach personal skills and achievements. Apex Legends is always considered a team-based game, which is why Respawn has been refusing to add a solo battle royale mode. Maps, Legends, pretty much everything is designed to emphasize team play, so while you can solo queue, you'll have to risk facing duos or trios to prove your personal skills. This change further prompts team play, making the team share the achievements.

Of course, this will create a "carry" narrative among team members. Imagine having a super-skilled player on your team; they could constantly get kills and feed you ranked points even if you contribute very little to the team's success. Sadly, online multiplayer games commonly see players who rely on the people who carry them. To prevent this, the ranked points gained from kills are also re-balanced. The RP cap from kills is removed, but each kill will earn you fewer points, down to a minimum.

The assist rules are also changing in Season 13. The assist timer is extended from 10 seconds to 15 seconds. Since stalling is a legitimate strategy in a teamfight, losing assists despite dealing most of the damage was frustrating. This change should help with that. 15 seconds is plenty of time to regroup and attack again to reset your engagement timer.

Another important change to the assist timer is that it resets upon the downed player's revival. If you knocked an opponent down but weren't able to finish the kill and they've been revived by a teammate, your assist timer resets. This way, you can engage again or have your teammates knock that player down without losing your assist credit.

Fight as a team to win! (Image: Respawn Entertainment)

"Hardstuck Plat" gets a new meaning

If you're a "hardstuck [tier]" player, I have some good news and some bad news. First of all, tier demotions are here. You are no longer safe at the bottom of your current tier. You're going to have to constantly put up a good fight to remain in your tier.

If you are demoted a tier, you'll be demoted to halfway through the previous division. For example, if you have been demoted from Masters tier, you'll end up at 50% of Diamond 1. Which should give you enough opportunity to climb back.

On the other hand, you'll get a tier promotion bonus of +100 RP, which you can quickly spend to go back to your previous tier if you can't keep up with the competition. Still, it's a good thing to have while you're testing the waters of your new tier. Another piece of good news is there will be demotion protection for up to 3 games after you're promoted. So if you are hit with the shock treatment of players with high skill levels, you'll have a temporary safety net until you get your sea legs.

What does this mean for hardstuck players? It means that you either die a plat or live long enough to see yourself demoted to gold. The cycle of life can be cruel. Just because you made it to the water doesn't mean you can swim. If you're hardstuck at division 4 of a tier, that means you're not really ready to climb up. The new ranked system will kindly kick you back to the previous tier until you're good enough to go toe-to-toe with players who are consistently better than you. The new system is all about consistency. Looks like Apex Legends is heading for the "quality over quantity" route in terms of ranked success.

Of course, the demotion system is softened by the shared ranked points system coming with it. Since it's going to be relatively easier to earn ranked points in Season 13 and forward, there will be fewer safety nets for you to stay in your tier. In addition to that, the ranked point thresholds of tiers have been extended by +200 RP each to compensate for the RP influx. The new ranked system of Apex Legends surely aims to put players in tiers more accurately depending on their skill level.

Along with all the mechanical changes to ranked play, a new tier is added in Season 13 of Apex Legends. The fresh tier is called Rookie Tier, and it will welcome, well, rookies. Existing players won't be affected by Rookie Tier's addition, and you won't be able to demote to Rookie Tier. The Rookie Tier is literally for the newcomers. It's a one-time tier that will welcome new players, and once you "graduate" from the Rookie Tier, you can start climbing the ranks to prove your worth.

Of course, all of these changes in tiers and ranked points system will affect how we earn and lose ranked points. To make sure the ranked tiers reflect your actual skill level, the entry costs of tiers have been adjusted. Starting with Season 13, Bronze Tier will also have an entry cost. Plus, getting promoted into divisions will also increase your entry cost with Masters+ entry costs further increasing with total RP (5 RP every 1000 RP beyond Master Threshold up to 175 RP). Once again, the new ranked system establishes that you will need to consistently perform well to stay in your tier or climb the ranks. The higher you climb, the colder the weather will get.

The Climb™ will be harder than ever. (Image: Respawn Entertainment)

"How much are you willing to sacrifice for the victory?"

In line with the previously mentioned changes, the Kill RP values are also being readjusted according to your placement. Apex Legends considers placing lower than the 10th place as losing. Therefore, rewards will grow bigger as you survive more teams in a match. So the best-case scenario for you will be getting the win with many kills. If you decide to hide and rat your way to victory, you'll be missing sweet kill RP, which will probably end up with you either gaining very little or losing RP. Meanwhile, getting lots of kills but placing lower will also yield very few points. As the new ranked system keeps hitting us on the head with it, you're going to have to play as a team, get kills and win the game to climb the ranks.

"You kill me; you're better. I kill you, I'm better" - Kuben Blisk (Image: Respawn Entertainment)

Another addition to the Kill RP system is the softening of Kill RP modifiers. Since with Season 13, Apex Legends ranked system will not have an actual tier with no entry costs, killing a player a tier above or below you will yield the same RP as killing one from your own tier. The gap is being softened to allow for more players to find their natural spot on the ranked ladder.

An unintended third-party interaction also gets fixed in Season 13. It's the scenario where Team A downs players from Team B, but before they can actually get the kill, Team A gets killed by Team C. In this scenario, Team C (or any other unrelated party) could kill the downed members of Team B to get kill credits since the players who knocked Team B are no longer in play. Apex Legends says: "kills are earned, not given," which means no more free Kill RP for the third, fourth, fifth, or any other parties for killing downed players.

The bottom line is: the players who are alive and kicking should be your priority and source for Kill RP, not the "free" ones you had no participation in beforehand. While third parties will surely be the biggest frustration factor in Apex Legends, this change will at least prevent people from getting free Kill RP.

"Where do we go from here?"

We go up, my friends. Apex Legends Season 13 brings a very different ranked experience. Still, as you well know, as long as we keep taking down the opponents and survive as a team, nothing can stop us from climbing the ranks.

As you're climbing the new ranked system, you can have a great 4th player in your team: G-Loot! G-Loot will track your stats, provide insight into your play style and allow you to assess your current standing as a player. Knowing yourself is the first step to improvement, so with G-Loot, you can improve your performance beyond your limits! Plus, you can take the daily challenges to work towards a better performance. You can also join the Weekly Brawls and Monthly Showdowns to challenge players from all skill levels and win real money prizes! You can also keep an eye on the G-Loot Blog to learn more about your favorite esports games, such as Valorant and PUBG Battlegrounds!

Apex Legends Season 13: Saviors launches on May 10th, 2022. Make sure you're there to witness the new ranked leagues and make everyone witness your skills firsthand via spectator mode. Because you killed them. Nice.