Everything you need to know about VALORANT's Chamber

Chamber is one of VALORANT’s newest Agents. He was added in Patch 3.10 last November, bringing the game’s total number of Agents to 18. Let's explore how to get the best out of this character.

A well-dressed French assassin, Chamber balances stout defense and explosive offense. He can slow unsuspecting enemies down with a trap and teleport himself a short distance. When it’s time to join the fight, Chamber has a pair of powerful weapons in his arsenal no other Agent has access to.

With tools and mechanics unlike any other Agent in VALORANT, Chamber brings an interestingly fresh to the game’s roster. This article will break down his abilities and how to use them. Here is everything you need to know about Chamber in VALORANT. 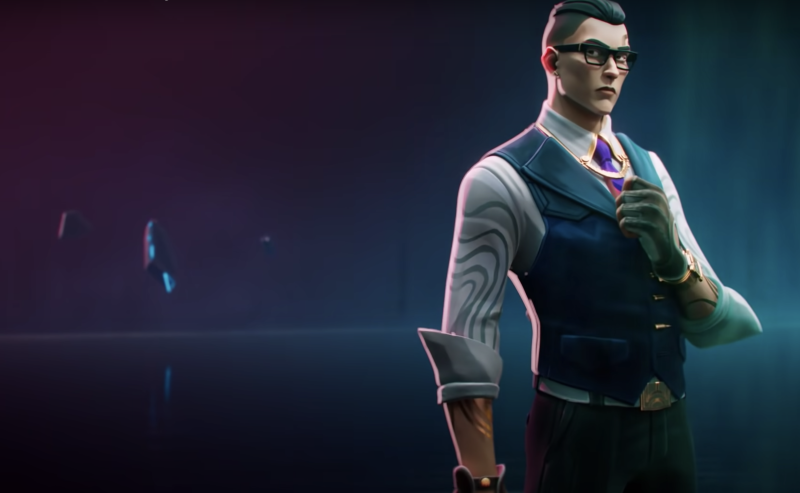 Chamber is one of four Agents in VALORANT that serve the role of Sentinel. These Agents focus on defensive play through recon, healing, and similar abilities. Chamber sets himself apart from the other Sentinels by packing an equally powerful punch on offense. He has two abilities where he uses personalized guns, including his Ultimate. He is by far the most offensive-oriented Sentinel, which also makes him the most balanced of the group. This versatility allows Chamber to excel in almost any situation.

Chamber has already vaulted toward the top of many tier lists thanks to a well-rounded toolkit and access to Agent-specific weapons. His assistive abilities allow him to play with his team while his personal armory keeps him formidable on his own. He is also rather beginner-friendly without much of a learning curve to pick up. Skilled Chamber players are able to adapt to ever-changing scenarios on the fly while making the most of his unique inventory.

Chamber’s best abilities help his teammates either by destabilizing the opposing team’s mobility while increasing that of his own. He can also use a personalized pistol and sniper rifle that take up two ability slots, including his Ultimate. These weapons do not have charges, but you’ll need to buy bullets during the buy phase in a similar fashion.

Equips a reconnaissance trap that can be placed on the ground by pressing FIRE. If it detects an enemy, the trap will lock on and fire at the target. If the target is hit, a slowing field appears beneath their feet. The trap is completely visible to enemies and can be destroyed.

Equips a heavy pistol. ALT-FIRE aims down sights for improved accuracy. Chamber can cycle through the pistol like any other weapon as long as he has ammo for it. Bullets deal 159 Damage to the Head, 55 to the Body, and 46 to the Legs.

Equips two teleportation anchors that can be placed in two different locations with FIRE. As long as the anchors are within appropriate range, Chamber can teleport between them in the blink of an eye. The anchors remain indefinitely until they are recalled by Chamber or destroyed by enemies. Chamber must be on the ground in order to teleport.

Equips a powerful sniper rifle that Chamber can swap out with other weapons for the remainder of the round. Bullets deal 255 Damage to the Head and 150 to the Body and Legs, ensuring two shots are the most you’ll ever need for a kill. When an enemy is killed with Tour de Force, a slowing field appears at their former location. 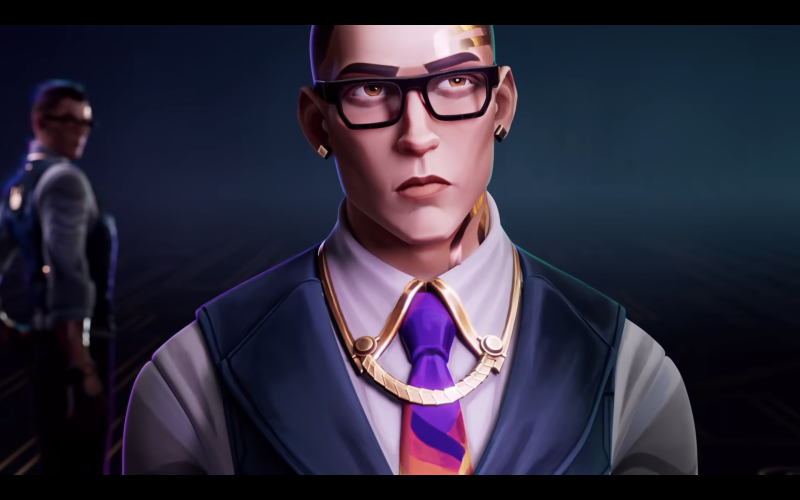 Chamber requires a balanced approach to the game and a versatile skill set to use effectively. Players need to be prepared for any situation they and their team might face with an appropriate response. They also must be prepared to switch from passive to aggressive play in a flash depending on the circumstance. Chamber’s playstyle doesn’t have a whole lot of flash to it, so players must be willing to play solid with good fundamentals. It also helps if you have impeccable aim to make the most of Chamber’s high-powered weapons.

Trademark is easily Chamber’s most complex ability to master. The trap has high visibility, and enemies can destroy it, so it can be hard to find a good hiding place for it. You also have to be lurking nearby to capitalize on any enemies hit with the slowing effect. Try positioning the trap near choke points where the opposing team can’t spot it. When an enemy is tagged and the slowing field appears, pounce on them for easy kills.

Chamber’s Headhunter is one of the most straightforward abilities in the game. The heavy pistol that is equipped works the same as any standard weapon, though is noticeably stronger. The key to this ability is controlling your ammo. Bullets function the same as charges, so they must be bought during the buy phase between rounds. Furthermore, the pistol can only hold eight bullets at a time. Picking your shots and getting the most out of every squeeze of the trigger is essential with Headhunter. Don’t try to go on a killing spree with this ability unless it’s a truly desperate situation.

Rendezvous is a highly useful Signature Ability for Chamber. The twin teleporting anchors allow Chamber to patrol an area (or two nearby areas) from different angles while increasing his mobility tenfold. Place the anchors at opposite ends of a courtyard, building, or alleyway to cover the entire area. There is a set range in which they will function, so try to set them up as far as possible from each other to maximize their reach. This ability is best for gathering intel or confusing your enemies to keep them unsure of your team’s approach. However, it can be helpful in firefights to position yourself at two optimal vantage points and is quite handy for last-second escapes. Don’t try to use it to “surround” an enemy squad unless you have multiple teammates with you for backup.

Chamber’s Ultimate Ability, Tour de Force, equips a devastatingly deadly sniper rifle that can one-shot kill any enemy with a direct hit. The ability works similar to Headhunter, but the rifle is only available for the round it is activated. It also only has five bullets, so you will need smart decision-making to get the most out of the rifle before the round is over while not wasting shots. With your first shot, aim for enemies grouped together. Kills will cause a slowing field to appear beneath the target’s feet. This will prevent the other enemies from quickly escaping, leaving them sitting ducks for follow-up shots.

Thanks to his balanced toolkit, Chamber is a tough Agent to come up with counters for. There is no way to tell when he has Headhunter or Tour de Force equipped, so he can strike seemingly any time from anywhere on the map. A team may have to play more cautiously against Chamber, using more cover in their approach and staying out of open areas. When entering a room or choke point, try to do a quick survey for Chamber’s Trademark trap. It is rather large so it can be easy to find if not hidden properly. If you spot one, destroy it before it has a chance to tag you. The best way to counter Rendezvous is with intel-gaining abilities. Agent abilities like Sova’s Owl Drone and Cypher’s Spy Cam can keep tabs on Chamber’s location, even when he is teleporting between two locations. If you find one of the teleportation anchors without Chamber around, you can try camping for an ambush when he eventually appears. This tactic will work better with at least one teammate by your side.