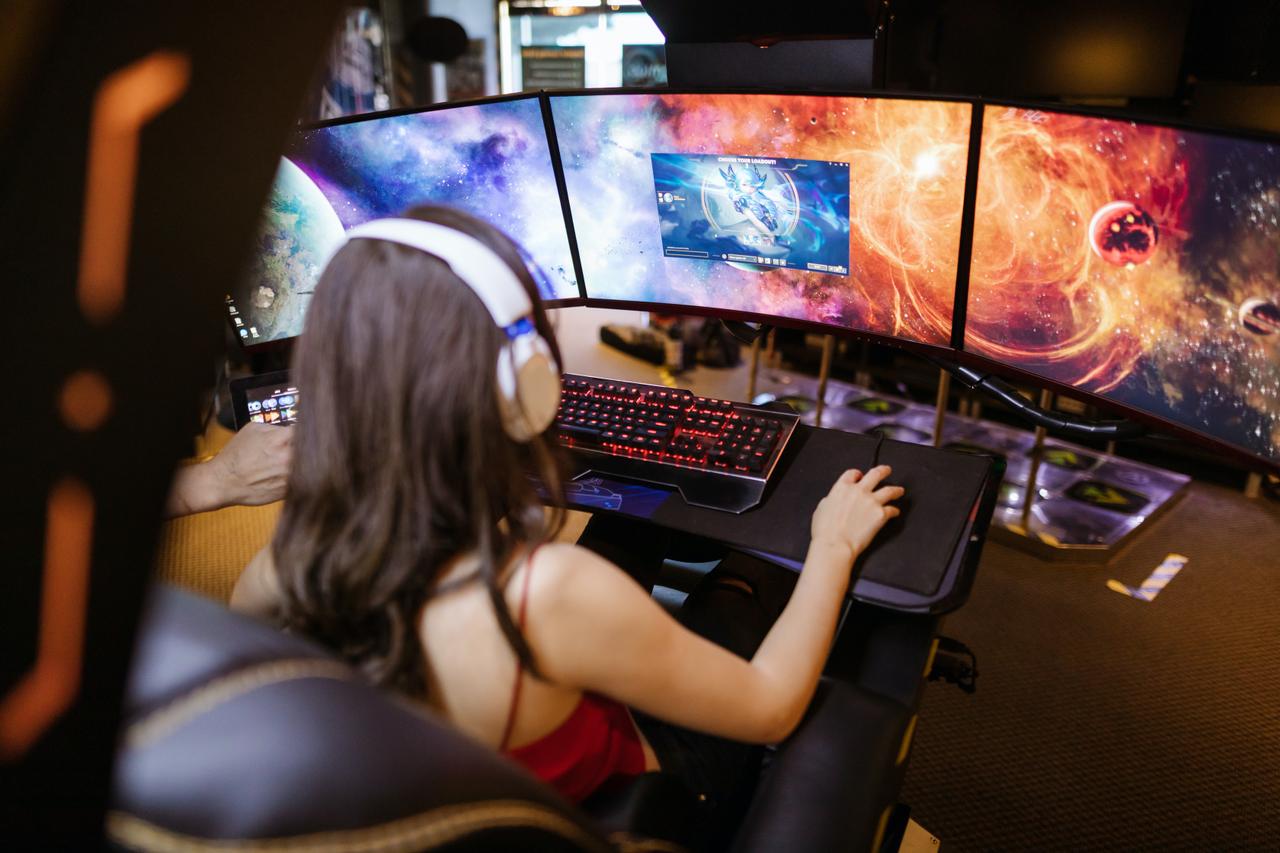 There have certainly been a hefty number of pioneers in the space, such as missharvey, Scarlett, Mystik, and many more. These ladies have broken boundaries for female competitors over the years and continue to do so. As tournament organizers and teams begin to invest more and more into women in gaming, the number of opportunities continues to grow to this day.

It’s certainly important to recognize the leaps and bounds women in esports have overcome over the years. Still, there is now a new generation of female competitors looking to take over the scene.

Emuhleet is a well-seasoned player, having competed in CS:GO for the last five years. A born leader, Emuhleet founded Team Karma in 2016, was then signed by Selfless Gaming, and eventually recruited by Team Dignitas in 2017. She has led the team to victories at IEM Challenge Katowice in 2018 and 2019, GIRLGAMER Esports Festivals, and many silver medals are DreamHack and WESG events. Since becoming a dominating force in CS:GO, Emuhleet is now looking to take on another game: VALORANT. Developer Riot Games has begun a new tournament circuit for VALORANT, specifically for female competitors. As such, while Emuhleet and her teammates continue to compete in CS:GO, they’ll also now compete in VALORANT. With her competitive drive and the support for female tournaments from the Riot Games, Emuhleet is on track to lead her team to dominate two competitive games. Follow Emuhleet on Twitch and Twitter.

Juliano is also a well-seasoned Counter-Strike player. Starting in 2012, she has since won three IEM Katowice Challenges, Multiple DreamHack Showdown tournaments with such notable teams as Dynasty Gaming and Besiktas. Dubbed by many as the best female CS:GO roster in the world, they were recently picked up by XSET in 2020. As the IGL, Juliano stated that women have much more of an uphill battle in esports, especially because of the general lack of participation. With her team signed to a new organization, Juliano and the rest of her XSET teammates hope to keep the title of best in the world throughout 2021. Follow Juliano on Twitch and Twitter.

As a competitor in a single-player game, it can be a bit more challenging to break barriers in the space of competitive gaming. In most cases, female teams play against each other in female-only tournaments, and rarely do they mix unless it’s for Major event qualifiers. In Hearthstone, there is hardly any separation. Liooon made headlines in 2019 after becoming the first woman to win the Hearthstone Grandmasters Global Finals and to win a BlizzCon Esports tournament and racking up a $200,000 grand prize. Since her win, she’s become a staple and advocate for more women in esports, stating, “If you want to do it and you believe in yourself, you should just forget about your gender and go for it.” Follow Liooon on Twitter.

Fortnite is a unique esport as there are several different ways to compete in it. Since there are multiple game modes, Epic Games allows for solo, duo, trio, and quad competition in many of its events. One of the most versatile players in the game is Tinaraes. She originally joined Gen.G with her partner maddiesuun in 2018, right when Epic was showing a total commitment to its Fortnite tournament circuit. The two competed as a duo, but in 2019 Gen.G added two more players allowing them to play in solo and team-based events. Since joining Gen.G, Tinaraes has competed in just about every event held in solos, duos, trios, and squad events. Most notably, she took home the crown at TwitchCon 2019 in the trios event. Despite not playing in the main event, all Gen.G players attended the Fortnite World Cup in 2019 as representatives of their organization and advocates of women in esports. As the Fortnite scene grows competitively, Tinaraes, and her teammates, will undoubtedly have many more opportunities to show their value to the world.

CLG as an organization has been a staple name in female competitive Counter-Strike since its formation in 2015, and now the same can be said for VALORANT. Starting with CS:GO, bENITA was a seasoned competitor, having played since around 2011. As a member of the original roster, bENITA has spearheaded the team to take trophies at the Copenhagen Games, WESG, and the Intel Challenge. After establishing herself as a force to be reckoned with in competitive CS:GO, in 2020 it was time for her to make a change. With Riot Games’ VALORANT hitting the market in 2020 and developers putting a significant effort into female competition with its Game Changers circuit, bENITA chose to switch games. Thankfully, CLG Red wanted to keep her with the organization and allowed her to form a VALORANT team under their banner. Having top-three finishes in just about every tournament they’ve played in 2021, CLG Red is on track to possibly become one of the best female VALORANT teams in the world. bENITA is also on her way to making a name for herself in not just one major esport, but now two.

No matter your opinion on female-only teams and tournaments, it’s clear that 2021 will be a strong year for women in esports. With Riot Games’ dedication to female-only tournaments in their Game Changers circuit and the growing number of women competing in games across the board, we’re beginning to see a surge in participation. The women on this list only represent a fraction of the leaders, paving the way for girls and women to gain enough confidence to compete themselves. The hope is that—thanks to them—everyone will have an opportunity to compete in their favorite game at the highest level, no matter their gender. Did we miss your favorite player? Follow us on Twitter and let us know!