Gaming as a parent 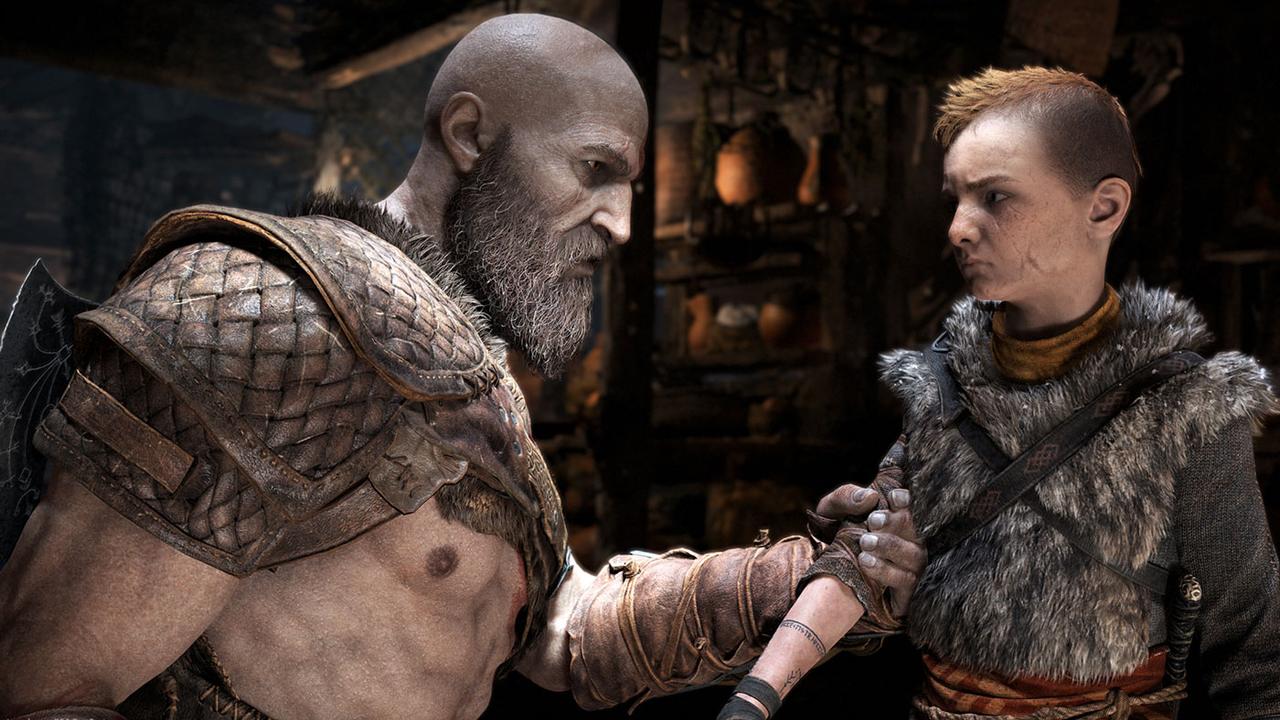 Kids and games are a lot alike. Both require time and energy, can be challenging and developing, and you can learn a lot and both.

I have two kids, and even though my need for gaming goes up and down, I’ve always had it in my life in one way or another. But as stated above: games and kids require time, energy, and also patience. And there’s seldom room for both.

So upon getting kids I needed to find ways to keep gaming, but maybe in a child-adjusted way. So, here’s what I did:

My first kid came in 2013, and even if smartphones were a thing, we still talked about them as just smartphones and not just “phones”. Gaming hadn’t hit the app stores to the extent it has now, as the hardware and software couldn’t really handle the most awesome stuff ...yet. So what my partner did was get me a Playstation Vita. You know, that handheld console that was insanely underestimated? I got it, and even though I played several games on it, I got particularly hooked on Jetpack Joyride. Before you rush to comment, yes, this game did exist for smartphones at the time. But that’s not the point. My point is this: I needed something simple and mind-numbing that I could play as my daughter slept on my chest for hours on end. Jetpack Joyride was that game. It’s so simple and—to be honest— stupid, but perfect for the time. You just aim to go as far as you can, riding a rocket through this lab, collecting coins. I didn’t have the time to dive deeper into anything else. I’d just gone from a guy in his 30s who goofed around, to being responsible for a whole life. So a tip is to find that simple, little game for you to grab on to, as life changes so drastically.

In Sweden, we have paid parental leave. It’s great. I spent 10 months at home with my daughter. Playing with her, reading, feeding, going on strolls, and lots of other stuff (I think I did a good job at least, as she’s still alive!). But also, kids sleep. Especially at that age. I wanted to game but you can’t really plan around your kids' sleeping habits, as they are ever-changing. So one day, maybe she’d sleep just 30 minutes and you get a bit annoyed as you yearn for that daily break and hope for it to be longer. The next day she might have slept for 3 hours but you didn’t do anything ‘cause you never know how much time you have, but in retrospect, you know that that day you could’ve seen the entire Lord of The Rings. But anyway, I love FPS games. I already had lots of Call of Duty games: Modern Warfare and Black Ops. But I had not really given multiplayer a go. So I did, because when you don’t know when your baby will wake up, you can’t be in the middle of a boss fight or too far from a save spot. So just grabbing an MP5 and running into a Ground War was perfect, because the minute she’s screaming I could just bail out (even though you get a bit of XP penalty) and take care, comfort, feed. Call of Duty was that next step from Jetpack Joyride, where I want something more. It doesn’t have to be Call of Duty, maybe you like Battlefield or Rainbow Six more? worked for me. Just jump in, kill, and jump out back to the real world.

In 2015 I had my second kid. Now, phones had reached their final form! By 2016, two things happened: my daughter had started to occupy the TV, and I discovered Hearthstone. We had one 3 years old who loved TV, and a baby, just 6 months old. So I couldn’t really game on my console. You're probably thinking that I could’ve just played after bedtime, but by then you’re just so beat that all you want to do is collapse on the sofa. My Vita was not really “da bomb” anymore, so I instead started to put together decks in Hearthstone. I’m an old Magic the Gathering player, so it wasn’t all new for me. I realized I sucked at both of them. But that didn’t matter. Hearthstone was really forgiving so I could have the baby in our Babybjörn and rock him to sleep as my partner handled our daughter. I spent hours playing and those hours turned into days. Just playing. Just like with Call of Duty, I could easily exit the game when a crisis arose, like a leaking diaper or someone painting on the wall. The good thing with Hearthstone is that there’s a lot of single-player campaigns that you can take on at your own pace.

We’ve now reached 2021. My daughter is turning 8 soon and my son is 5. So both of them have gained control of the TV and after playing Hearthstone on and off for roughly 4 years, it became tedious. I managed to get 500 wins and get the golden hero (bragging rights!) but then what? Let me tell you this: I love my kids, but the 8 year old has discovered this thing called “attitude” and my son’s favorite word is still “no”. So I needed something serene, some escapism if you will. My lovely colleague Catt got me playing Stardew Valley which is an extremely phone-friendly game. And it’s all about calmness. Even though you have to build your own farm, take care of your animals and grow crops, you can do it at your leisure. No rush. There are mines with enemies but you can skip that if you like. And when you want to save, all you have to do is go back to your house and go to sleep. My partner laughs at me, as I’m about to get a kid with my pixel girlfriend, Emily, and points out that I already have two kids. But they’re just a few screen hours from calling the TV “dad” anyway (okay, maybe it’s not that bad.) Stardew Valley has everything I need now. Plus it’s easy to jump in, maybe just play one in-game day or go full-blown addict and spend hours in one sitting, while the kids do whatever they want. The other day my daughter asked why they only get 2 hours of screen time on Saturday and Sunday, whereas  I get several per day. Now I hide the phone when she catches me.

Getting kids might change how you game. Momentarily. But after a while, you’re back at it. You might be a bit behind, as you haven’t had the time to spend 40+ hours in The Witcher 3 or GTA V. But what the heck? Just catch up afterward then. Find time to game if you crave it. Getting some relaxing, entertaining minutes makes you a better parent. Believe me. You just might have to find something alternative while the kids are small. The best thing is what comes after: Now I get to game with my kids. We play Lego Jurassic World, Rayman, some racing games, and more. They suck at it, and I have to carry the team, but we game. They don’t sleep on my chest anymore and I don’t get to hug the older one goodbye as I drop her off at school in case her friends see. But we game. And they want to game. As do I.