Get into esports: FaceIt, G-Loot, and other great places to start 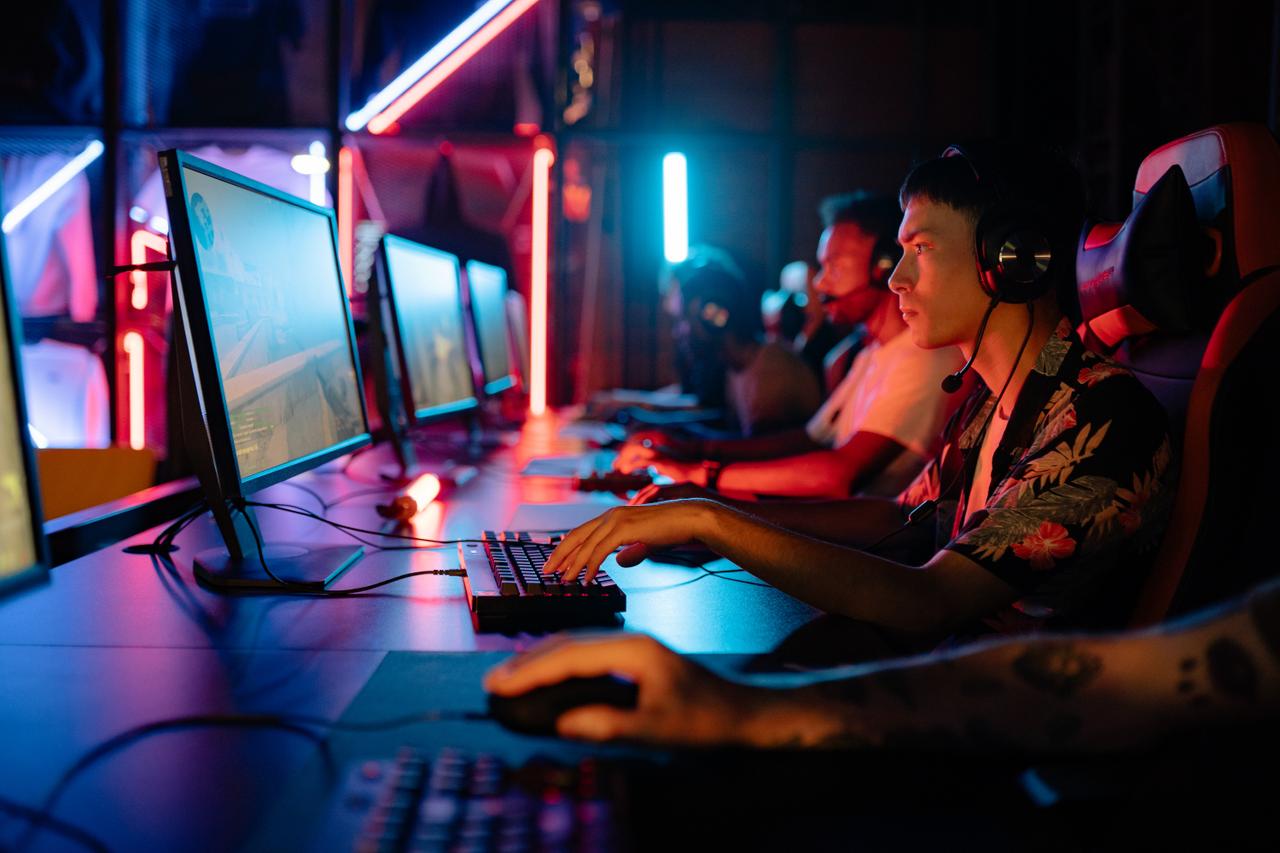 Want to get a taste of the esports scene but don’t know where to start?  Competing in esports tournaments can feel like a distant dream when you see the pros sitting on stage in the arena. Luckily, there are many ways to test your skills and begin your journey.

G-Loot is an esports platform where you can take part in competitions that suit your style, schedule, and skill. Competing earns you coins, which you can spend in the shop, and prize money.

There are lots of ways to play:

Most of the time, you can compete solo if you want to. You can also create teams with your friends or find new teammates through the G-Loot Discord.

As a bonus: G-Loot is also a stat-tracker, so you can see how you’re progressing in your game.

G-Loot lets you track your stats and compete in some of the biggest PC esports titles.

We’re always looking for ways to improve. If there’s a game you’d like us to support, let us know.

Getting started is very easy.

First, you’ll need to create a free account. Next, install the G-Loot stat tracker to start competing. G-Loot uses Overwolf, so it’s easy and safe to use and won't hurt your gaming experience.

The G-Loot app tracks your missions automatically, so you can start competing right away. Or you can sign up for a Brawl or tournament to earn bigger rewards.

Okay, I need to start with a confession. I spent a lot of time at Tekken tournaments in arcades as a teen. So, of course, I had to check out smash.gg when I heard about it.

Smash.gg is a platform where tournament organizers can run their own competitions. Founded in 2015, their goal is to build active esports scenes around the games people love to play.

Smash.gg’s tournaments can range from small LAN events with only 16 players right up to online tournaments with thousands of players. They often partner with brands to create sponsored events. There are also really small tournaments organized by fan communities. This makes it a perfect place to get started in esports and especially a great way to make new friends who share the same passion that you do.

One of the great things about smash.gg is that it has games you won’t usually find on other platforms. For example, there are upcoming tournaments in King of Fighters XV, BlazBlue: Central Fiction, Nickelodeon All-Star Brawl, and Melty Blood: Type Lumina. Plus, there are more well-known titles like Tekken 7 and Super Smash Bros. Brawl.

How to use smash.gg

Getting started with smash.gg is pretty straightforward. First, you need to create your account and verify your email. Then you’ll need to fill out your profile. Once that’s done, you’ll be able to go back to browsing upcoming esports tournaments in your favorite games.

There are a lot of events to choose from, and they’re often pretty different. Make sure you read through all the rules and requirements for each event to make sure you can play.

FaceIt is a UK tournament organizer platform based in London. FaceIt was founded in 2012. Their mission is to help players improve, have fun, get rewarded, and most importantly, win.

FaceIt runs major tournaments such as the ECS. This CS:GO tournament ran from 2016 to 2019 and featured famous teams such as Ninjas In Pyjamas and Evil Geniuses.

FaceIt also allows users to create their own tournaments. This can be a great way to get experience as a player. By playing in tournaments regularly, you learn to perform well as part of a team and can develop strategies and tactics with your teammates.

FaceIt offers competitions in a wide variety of PC games, including Hearthstone, Warface, Battalion, and Rainbow 6 Siege. It also includes games on other platforms such as Brawl Stars and Clash Royale on Android and iOS, and Halo 5 on XBOX.

How to use FaceIt

When we think about esports, we usually think about PC titles or maybe sports games like FIFA and NHL. Skillz is out to challenge this idea and bring esports to more players.

Based out of San Francisco, Skillz wants more players to find fun, meaningful competition while playing simple mobile games. One great thing about Skillz is that they work with non-profit organizations to help their mission of “gaming for good” to benefit even more people.

Skillz is a mobile platform where players can compete in games like Bingo, Dominoes, bowling, Solitaire, and bubble-shooter games. If you find yourself playing games on your phone on your way to school or work, Skillz might be a really great choice for you. Because Skillz games are so easy to access, you could even recommend them to your parents or grandparents.

How to use Skillz

Unlike the other platforms on this list, Skillz is integrated into the games themselves. To start playing, visit the Skillz website and choose a game to play. From there, you’ll be taken to the App Store, where you can install the game on your phone and start competing!

Those are just a few of our favorite platforms that help you get started in esports. Want to try G-Loot for yourself? Sign up for free. Or if you want to know more, you can talk to us on Discord.