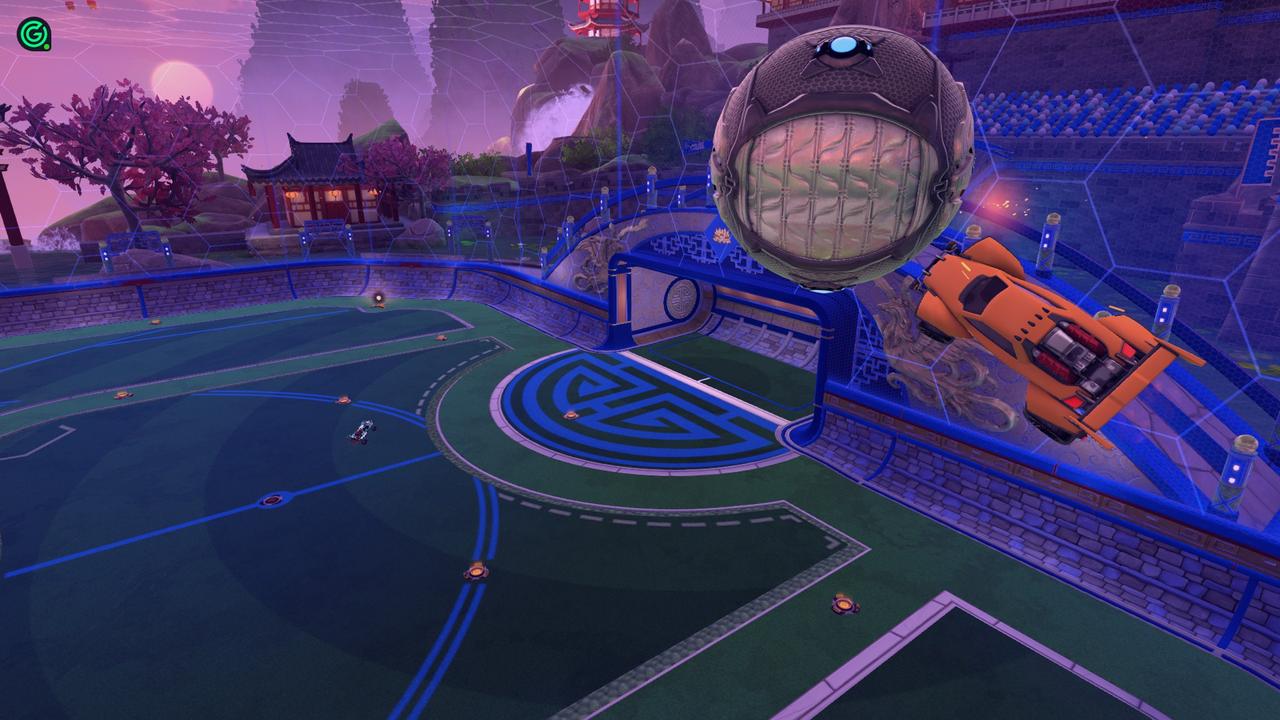 You find yourself with a full tank of boost, the ball on your hood. On the counterattack, it is just you, one defender, and the ball. This is it—your moment of glory. You set up a flick, already visualizing the goal explosion as the ball hits the back of the net. Well, until you sideflip and the ball flops around a bit into the goalie’s welcoming arms.

Perhaps you find yourself struggling with consistency in Rocket League but don't quite recognize it as a weakness you need to target. Too many players figure out how to hit a fancy, mechanically-difficult shot and ignore the fundamentals that contribute to continued success. When you cannot hit those thrilling shots with regularity, it can cause more harm than good.

Here’s a real-life anecdote of how consistency is important in sports. I was not very good at basketball. I was athletic and had a decent sense of the game, but my shooting was not exceptional. We had one star on our team who got double-teamed for an entire game. That left me wide open to take shot after shot. I was so embarrassed—I missed at least four open shots before I finally started to make a few and draw a few defenders toward me. I let my team down. It’s one thing to hit the shot when I am on my own in the gym, but under pressure, fatigued, with a game on the line? I did not have the level of consistency I needed to help my team.

In comparison, I was always confident in my skill to throw a baseball. I played for years: as a kid at baseball practice, games, or playing with my friends. I could throw the ball at different angles, with different speeds, and always have it end up where I intended.

Why is consistency important in Rocket League?

In Rocket League, we often just log in and jump right into Ranked. You can certainly improve that way, but it will be slow and often frustrating. When you take the time to identify your weaknesses and set aside time to purposefully improve in those areas, you will see a noticeable increase in your level of play. For example, air dribbling is a fun skill to learn. But if you only play in games, you might only get one or two chances to practice an air dribble. Two attempts every five minutes? If that is a skill you really want to develop, that is an inefficient way of achieving real progress.

Muscle memory is an essential part of getting better at Rocket League. The game flows quickly, leaving little time for anything but instinct. When a chance arrives, you need to be able to go for the play instantly, without delaying your decision. The time I improved the most was right after the Season 7 World Championships. It was the only event I had gone to, and it left me inspired. I spent more time playing in the next two weeks than I had in previous months combined. It seemed like I had a new feel for the game. After hours and hours of training packs and free play, I felt like I could hit the ball anywhere I wanted. Precision is an underrated skill in Rocket League.

In a recent showmatch, caster John “JohnnyBoi_i” MacDonald said, “Rocket League is 99.9%  mechanics and 0.1% what you know. So, unfortunately, you could know literally everything about the game, but you’re still not going to be a pro. You need to be mechanical. It’s all mechanics.”

Muscle memory applies to any mechanic you are trying to learn. When you take the same shot over and over, you develop an understanding of how to adapt to that situation in different, creative ways. Maybe you take the shot by simply getting to the ball as fast as possible and hitting it on target. Other times, maybe you feather, or tap, your boost to set up a touch you can easily follow. You can rotate your car at different angles or time your jump differently. One thing I would highly recommend is to really focus on placing your shots. Don’t stop until you hit exactly the top left corner. Then do the same shot again for the right corner. Do it until you can hit that spot several times in a row.

Focus on your skills

Aerial control is a specific skill that takes work but will be incredibly helpful as you climb the ranks. This can be practiced through training packs, free play, and workshop maps. The key is to push your limits and put yourself in awkward situations when you cannot intuitively bring the car back under your control. As you figure out how your car moves, it will become easier to launch for aerial shots and challenges without hesitation.

Image source: Rocket League Aerial play is another skill that can be approached with creative ideas. Sometimes it is better to simply get to the ball quickly and hit it hard. Other times, try double jumping without using a single bit of boost. This allows a soft touch once you get to the ball, allowing you to follow your own play or limit what the opposition can do. When you feel confident in the air, you will find yourself able to consistently beat your opponents to the ball when those high shots become more and more important. Similarly, you will be able to put your opponents in tough positions. When you can reach the ball high in the air, it can be easier to play the ball off the backboard or high off the corner angles. Of course, none of this works if half of your aerials end up with you flailing past the ball, which is what will happen if you don’t have strong car control.

Car control is not just important for the air, though. Dribbling is another critical skill that develops your holistic view of the game. You will better understand how to move your car, how the ball works, and how to transition that knowledge into playmaking. Dribbling maps are a great resource, but you can even use free play with some fun games for this. When you take control of the ball, try using the boost pads as a slalom course. Close ball control is often forgotten in the intensity of a live game. Think back to your latest ranked games. How many goals did your team concede because of a rushed touch that simply gave the other team the ball? Dribbling is an impressive skill used in the offense, but it can be just as important when transitioning out of defense.

There are other engaging activities in free play. When you go for flicks, air dribbles, power shots, rebounds—try doing it all without letting the ball hit the ground. This will push you to develop a strong first touch, quick recoveries, and the ability to place the ball where you want.

You might notice there is no mention of practicing mechanics like flip resets. Learning those advanced skills is always beneficial. It adds skills to your arsenal and develops greater car control, but again, you should be able to do them consistently. It is not worth trying them once or twice here and there and neglecting the essential skills that will give you a strong foundation.

Timing is everything in mechanics. It determines how well you set up your touch, how powerfully you hit the ball, and whether or not it beats your opponent. This becomes easier with dedicated practice to whatever weakness you need to cut out of your game. If you have a friend who is willing to practice with you, go into a one versus one where you can practice specific mechanics against a live opponent.

Make the most of your practice time

You do not need to dedicate your entire play session to free play. Try adding an extra 15 to 30 minutes before you start to experiment with your car control and practice some fundamental shots. Pro players put in around a hundred hours per week. Is that insane or what?

When we genuinely want to improve, it takes dedicated practice to develop our skills. It takes humility to accept that we are not perfect and will always have something to work on. If a certain practice is boring, find something that does interest you. Whether it’s dribbling or aerial shots, there is always something you can work on to improve your game.

Using G-Loot while you play is a great way to stay motivated. G-Loot Daily Missions and Weekly Brawls give you goals to work toward. It can be easier to stick with your training when you know that, in the end, you’ll be climbing the Brawl leaderboards with ease and earning big rewards.

Make sure you are consistent with your practice, and it will not take long before you start seeing improvement. Everything starts to flow better. When you strike the ball with confidence, you might notice that it helps you to stop hesitating when going for aerial challenges. Maybe your dribbling practice gives you the ability to win more 50/50’s when challenging an attacker now that you better understand what a player is capable of in that situation.

One of my favorite authors, John Flanagan, said in his books, “Don’t practice until you get it right, practice until you never get it wrong.” This is a perfect way of looking at your development in Rocket League. Remember, whenever you queue up for a Ranked game, all the players in the lobby want to win, too. What are you willing to do to take the next step in your game and put in the extra work?