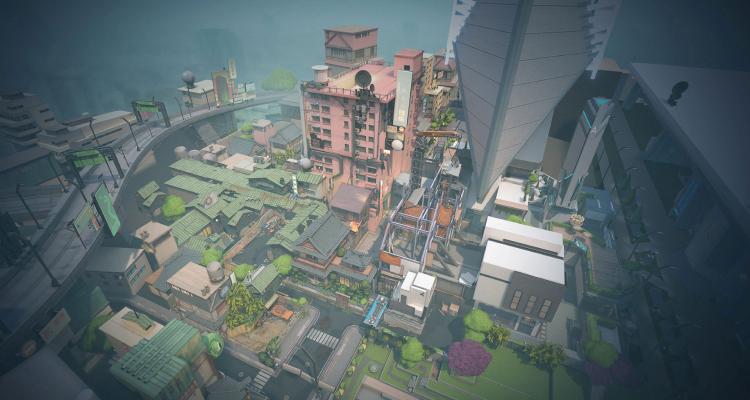 How to play Split in VALORANT

Along with Bind and Haven, Split is one of three original maps available in VALORANT since the game’s launch. The design is based on a Tokyo neighborhood with several buildings and alleyways that emphasize vertical movement and positioning. This is meant to offset the map’s small size and heavy amounts of cover.

Split often favors Defenders and is known for giving Attackers a much more difficult time. Let’s take a look at the details, callouts, and everything else you need to know about Split.

The first thing you’ll notice about Split is the number of level changes throughout. There are plenty of ramps, stairs, balconies, and other structural tools for gaining the high ground. Both bomb sites also have a tower overlooking the entire area. Controlling these towers is crucial for locking down a site. They are typically the first location teams look to anchor down once they’ve taken control of Mid. The towers’ superior vantage points allow players to patiently wait for enemies to show themselves on the ground.

Split was the first map in VALORANT to introduce vertical ropes. These allow players to quickly ascend to towers, nests, and other high ground areas. Subsequent maps like Breeze, Fracture, and Icebox also implemented these ropes into their designs. You can find them at three different points on Split, which we will go over in the Callouts section.

Compared to other maps in VALORANT, Split is incredibly small. The area is condensed even more with various rooms, corridors, and discreet passageways. This can lead to chaotic scrambles and entertaining firefights during unexpected engagements. However, high-level teams often opt for a patient and opportunistic approach when playing on Split.

Knowing how to communicate effectively with your teammates is vital. Image source: Riot Games

Split’s Mid is very small and has no significant callouts. However, there is a Top Mid and Bottom Mid to distinguish the two sides.

Building the right Agent composition provides an advantage for every map in VALORANT, and Split is no different. It is filled with numerous tight corners and chokepoints due to its small size, which can make intel-gathering tricky. Fortunately, there is one Agent who specializes in working around obstacles. The abundance of nooks and crannies also means vision blocker and flash abilities come in very handy. Split tends to favor defensive play, so passive Agents often work better than aggressive options.

Go and grab some teammates and test out your new Split knowledge today. You could even complete some G-Loot Missions or Brawls while you're at it and get rewarded for doing what you love.