How to play VALORANT's Icebox map in Episode 4 Act 2 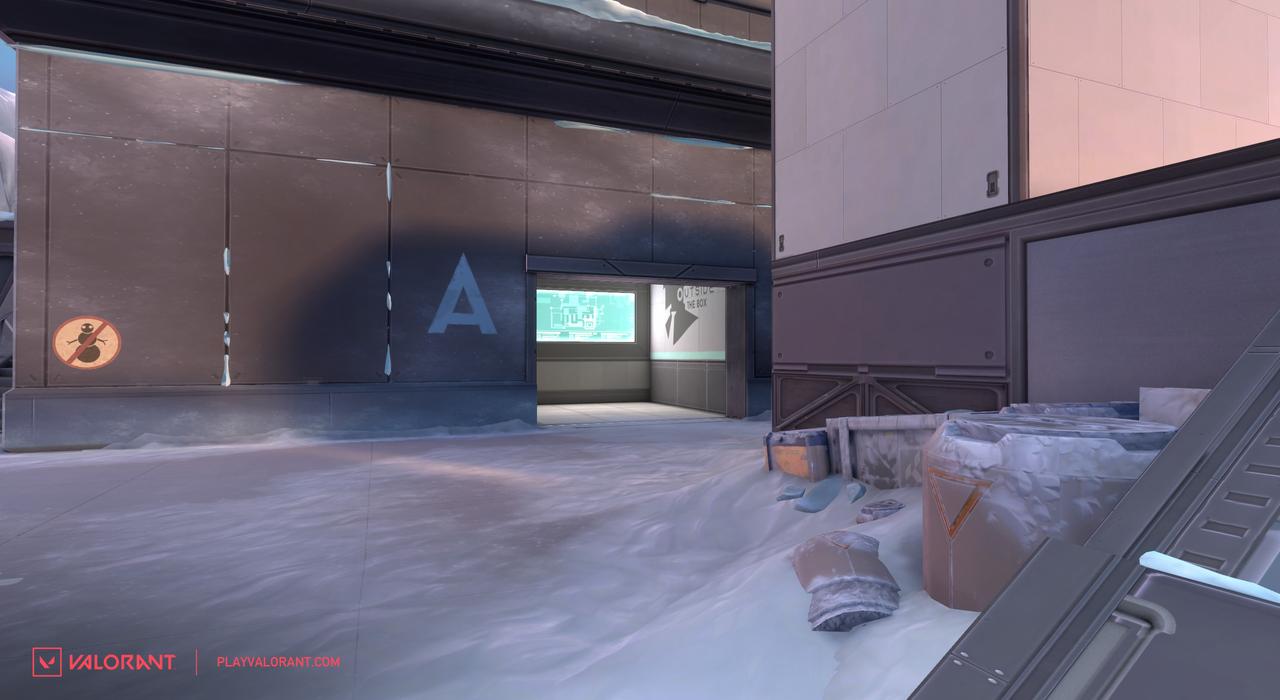 VALORANT Episode 4 Act II brought a host of new changes to Riot's acclaimed tactical shooter. Among them were multiple changes to Icebox. Let's take a look at what's changed and what it means for players.

The frozen workstation is one of the VALORANT's most complex maps with a number of unique properties. This is the second time Icebox has had some remodeling done since its October 2020 release. This update is focused on making substantial improvements to B site plus a few general quality of life enhancements.

Icebox is the first map to introduce horizontal ziplines to VALORANT. Like ropes, they allow players to swiftly travel across an area at the expense of using their weapons or abilities. There is only one zipline on Icebox, found in A site. It complements another of the map's noteworthy traits: verticality.

Each site contains a two-story nest where attackers can plant the spike. They can easily be accessed by vertical ropes or through more tactical means. Icebox also includes stairs, shipping containers, and elevated walkways for players to gain the high ground. There are many opportunities for players to find a quality vantage point on their enemies from above.

A site is entirely indoors and encourages combat in close quarters. B site is totally outdoors in the bitterly cold temperatures of the Arctic. The map's mid is a mix of both, and a large kitchen area with halls leading to the B site nest is the primary landmark.

One thing that hasn't changed is the need for good communication when playing VALORANT. This is especially true given Icebox's complexity. Here are the most essential callouts you'll need to know for playing on Icebox.

Most of the new alterations to Icebox are found throughout B site. Attackers will notice that the building between their spawn and Green now has a different exit. This gives them an additional route so that entering Green is not too predictable. The entire area of Green has been widened to allow more room for players. This should encourage more multi-Agent pushes and teamfights. The pocket of space extending toward Yellow was also made larger.

Yellow has received several changes to nerf its effectiveness for attackers. The large shipping crate used to be positioned diagonally across the area. This made it easy for whoever gained control of Yellow to anchor down for the rest of the round. The container has now been made parallel to the wall nearby to create four points of control instead of two. There are now more angles to flush enemies out from Yellow, though it still maintains its status as a planting location.

The lower area beneath Nest in B site has been closed off to lower its impact on gameplay. Nest's doorway has also been moved for improved visibility and now includes a Green in the sightline. The outer wall of the crane between Nest and Snowman has been adjusted to pinch off even more space in the choke point.

The Spike plant zone has been extended in both directions, stretching toward Green and Snowman. As a result, the spike can be planted in new locations, such as Bridge. Two new crates have been added to Orange to disrupt sight lines. The building near Fence is now closed to remove its impact on gameplay. This change was made to encourage players to utilize Fence more and seek out highlight kills.

The new changes to Icebox aren't exclusive to B site. Boiler's ramp is now smaller and riskier to use as high ground for peeks. The half cover cart in A site has been replaced with a crate to provide more protection for defenders. Finally, the peek sight in Pipes is now gone to limit A site options that favor the attacking side.

Best Agents to Play on Icebox

As with every map in VALORANT, a team's composition is key for success. Certain Agent abilities cater to Icebox's verticality and provide a strong advantage for any that play them.

What do you think of changes? Do you think it will change the way you play? Join G-Loot and track your stats while you compete to see how you perform.