League of Legends Mid-Lane: what you need to know to succeed 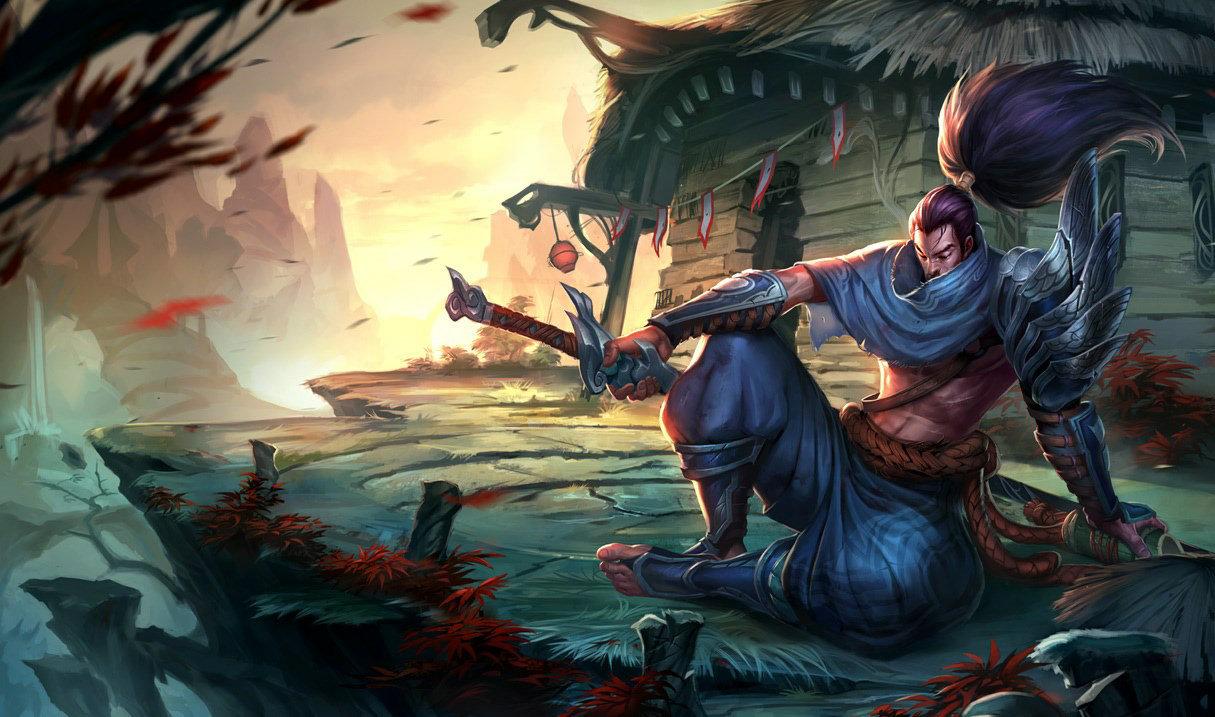 In League of Legends, the mid-lane is the most important role. But why, and what can you do to succeed in a mid-lane role?

Many aspects contribute to the mid-lane's importance, with the most prominent being the position of the mid-lane on Summoner's Rift. The lane has the shortest walking distance from the base, meaning minions arrive earlier than in the bot and top lanes. In addition, the player in the mid-lane has the easiest time influencing the other lanes and the jungle.

Simply, what the mid-lane does affects everyone more than most realize. There is a lot to talk about: playstyles, champions, items, summoner spells, and some helpful tips and tricks. Let's get into what you need to know about playing the mid-lane role.

There are three main playstyles for the mid-lane role. With the largest variety of champions of any role, you'll face a lot of diversity while learning more about the position. However, the majority of these champions can fit into one of three playstyles: Assassins, Control Mages, and supportive champions. Each of the three playstyles has benefits, and you need to understand the win conditions of each to succeed as a mid-laner.

By far, the most popular playstyle in League of Legends is Assassins. To the dismay of marksmen worldwide, people at all ranks live to kill their opponents in the fanciest and most explosive manners. While Assassins aren't the easiest to learn or play at any skill level, they are definitely the most successful playstyle in your average League of Legends game. Remember, assassins thrive on chaos and active fighting. That is also why the assassin playstyle is far less common in professional play. These champions require opportunities to succeed, which a coordinated and experienced team doesn't provide.

Assassin champions come in all forms, ranging from ninjas with energy instead of mana to Mages who can kill you in just one rotation of spells. A staple of assassins is their intention to influence the other lanes. It's rare that your goal is to just straight-up fight your opponent in your lane. Instead, you look to catch opponents off-guard, in their jungle, after a fight, wherever they don't expect it.

What you need to know about Control Mages

The second playstyle that is quite popular in the mid-lane is control mages. These champions prioritize strong defensive capabilities, wave-clearing, and the ability to impact teamfights. The higher in rank you climb, the stronger these champions become in League of Legends. These champions, like Ryze, Orianna, Azir, or Veigar, become stronger with time and thrive later in the game.

It's hard to recommend practicing or playing these champions in the lower ranks of League of Legends as your team often doesn't understand that certain champions become stronger with time. In situations where your team is constantly fighting, you, as scaling champion, just don't have the same impact as an assassin or even as some of the supportive mids.

Supportive Mid champions - what you need to know

Throughout League of Legends' many seasons, supportive mids always find their way into the meta. Supportive mid champions all fit a similar theme: low resources, high-impact gameplay. Supportive mid champions come in all shapes and sizes, like Pyke, a champion who roams all across the map to set up his team for kills. Or like Sona, Soraka, Seraphine, and Karma, who heal, shield, or CC the enemies to win team fights later in the game.

The supportive playstyle isn't always successful and certainly not the most common. However, playing these champions can bring you incredible success in the right situations. The benefit of these champions is that you succeed with no or low resources, allowing your team to get stronger. The supportive playstyle is especially successful at the Bronze, Silver, and Gold ranks of League of Legends, as players tend to play with a far lower economy. The lower overall economy improves the strength of cheap & gold-efficient itemization, as fewer people fill their inventory with the most expensive items.

Which champions should you play?

Now that we know more about the playstyles let's look at the current most successful champions. We have champions like Ahri, Vex, Zed, Talon, Katarina, Yasuo, and Leblanc in the assassin camp. The "easiest" here includes Talon, Yasuo, and Ahri, who have the most straightforward playstyle—go in and hit them hard. Similarly, Anivia, Vex, and Veigar could fit into the "control mage" camp, or the "assassin" camp, as these all can kill their opponents in a 1-vs-1 but generally focus on team fighting.

While the supportive options aren't currently among the most popular, several champions are finding massive successes in the higher ranks of League of Legends. The most popular ones include Zilean, Karma, and Lulu, which are easy to pick up for players of all experience levels.

Since most mid laners are magic-damage-based champions, let's discuss the most popular itemization options and the strengths of each. The three primary Mythic item choices for these mage champions are Everfrost, Hextech Rocketbelt, and Luden's Tempest. Each focuses on a different theme, but the quick rundown is as follows.

Everfrost is the "cc" item and the go-to for all champions with short-range. The item is incredibly gold efficient and offers immense offensive and defensive options in its current form.

Luden's Tempest is the highest damage option for champions with long-range and other poke abilities. Champions like Xerath, Corki, and Viktor work immensely well with the stats Luden's Tempest provides. In addition, Luden's Tempest's mythic-passive provides 5% magic resistance penetration, which synergizes immensely with items like Void Staff and Shadowflame.

The third option, Hextech Rocketbelt, is rarely used in the current meta. Only melee-range champions like Diana, Sylas, or Rumble build Hextech Rocketbelt occasionally. The extra mobility provided to these champions makes it a worthwhile choice. Still, the item isn't enough for champions who play from a distance.

Summoner spell choices for the mid-lane are simple for most players. Choose whatever summoner you can use most correctly, most often, alongside Flash. Ignite will always do what it does, whether you are bronze or challenger, making it a fantastic choice for beginners and those learning the position. It performs especially well for Assassins as it deals damage and reduces their target's healing abilities.

Teleport, Exhaust, and Cleanse all have their place in the mid-lane position, but these require you to understand their purpose. If you don't know how to use these summoner spells optimally, you are just hurting yourself and your team by not running Ignite instead. The Ghost summoner spell follows a similar theme, as it performs well on certain champions and some specific matchups, but it's not something new players should worry about yet.

As mentioned earlier, what the mid-laner does affects every aspect of the game. In your laning phase, there are many little things you can do to make your opponent's life difficult. For example, you can place your ward just outside the enemy tower's range, which catches your opponent's roam attempts if you get pushed back in your lane. Similarly, try stepping away from vision whenever you push in a wave, and you can't damage the structure safely. By leaving vision, your opponents have to adjust their play to your possible movements.

Another thing you can do for your team is warding the enemy Raptor camp consistently throughout the game. Knowing where the enemy jungler is or may soon be can save your teammates from seeing the grey screen.

Lastly, a common mistake of new mid laners is using a resistance rune instead of HP per level. Previously the Armor or Magic Resist rune was the optimal choice in most matchups. However, since the buff to the HP per Level rune, it outperforms resistances for most champions at level three onwards. The new rule is as follows; if you expect to fight (a lot) in the first three levels, use a resistance rune. If you plan just to farm minions until you have your spells available, the HP/level rune is significantly better over time.