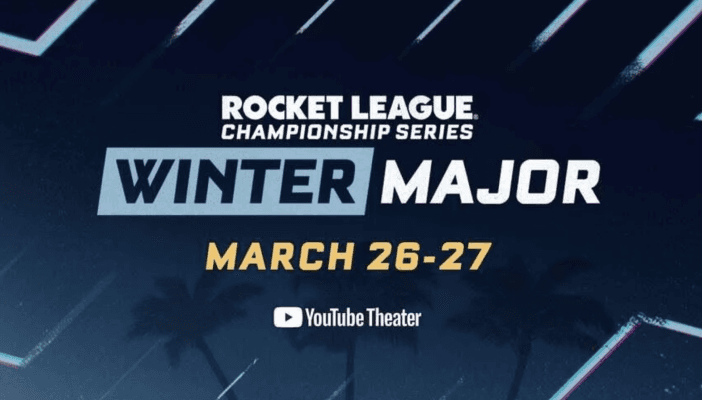 The Los Angeles Major is sure to have plenty of upsets, wild moments, and memorable goals- so let's break out our crystal ball and predict them all!

Bold predictions are exciting because they can be outlandish, but each one here will be offered alongside some description about why they can actually happen. I am sure I will be one hundred percent correct, so after the Major you might see me flaunting my success or never mentioning I wrote this. Let's dive in!

All four teams from SAM and OCE- FURIA, Team Secret, Renegades, and Pioneers- will make it out of the Group Stage. Let's look at Group C first. Team Secret will be facing NRG and Team BDS, so that likely means the final spot will be a battle against Evil Geniuses. While EG is a solid team, they do not have the firepower to match BDS and NRG. Team Secret can use this to push the pace and their own impressive offense to force a tiebreaker, where Team Secret will push through against EG.

Group B is a bit trickier, with both FURIA and Renegades making it through. FURIA has a great chance of making it out of the group with players like Yan Xisto "yanxnz" Nolasco leading the way. They dominated in South America and boast a dynamic offense, even if they occasionally get caught out on defense. Renegades has their star player in Cameron "CJCJ" Johns, who could lead an upset. Their opponents are NRG and Endpoint. It is doubtful NRG would be the team falling out to make room for FURIA and Renegades, so our two underdogs will have to take out Endpoint. The most understandable outcome for that to happen is that Endpoint is simply too reliant on Enzo "Seikoo" Grondein, and FURIA and Renegades can simply shut him down enough to take their spots in the playoffs.

Finally, Pioneers must make it out of Group D. Dignitas will probably be a bit out of reach, so it will come down to Sandrock Gaming and Spacestation Gaming. It will be another tough upset, but Renegades could push Spacestation to a tiebreaker and squeak by. After defeating Spacestation earlier in the day and some close matches against Sandrock, Pioneers will figure out the formula to take down SSG one final time.

With so many upsets early in the tournament, the rest of the field will look incredibly open, even leaving the chance for a semifinal with the four teams representing four different regions. Specifically, South America could make another splash as a region. Team Secret, the number one SAM team, was given the twelfth overall seed. This is a nod to how far the region has come. These teams are truly a threat on the international stage. At the Stockholm Major, we saw Sandrock Gaming from the Middle East/North Africa region only one game away from the semifinals. It feels inevitable for a minor region team to finally make the Grand Finals at an event, and it would be wonderful to see how the crowd would get behind them.

Jason "Firstkiller" Corral led North America in the Winter Split in goals per game of any player on a team headed to the Major. From first Regional to third, he scored 0.86, 1.06, and 1.07. Against the best teams in the world, he will bump that tally to over 1.10 as FaZe Clan heads to their first LAN event with Caden "Sypical" Pellegrin on the roster. The high-flying offense is only supplemented by FaZe's ability to tighten up their defense against top teams, leading to Firstkiller scoring more hat tricks than any other player in the tournament. Everyone knows Firstkiller has the mechanical ability to put up wild performances, and his supporting cast is made of some of the best players in North America in Sypical and Austin "AYYJAYY." His uncanny ability to beat several defenders on his own makes him dangerous. When you factor in that opponents also have to deal with those two teammates, Firstkiller's highlight reel after the Major could look like a short documentary.

Justin "jstn." Morales averaged a 67.23% goal participation throughout the Winter Split, and Mariano "SquishyMuffinz" Arruda averaged 59.38%. Their ability to link up is one of the many factors allowing NRG to continuously finish atop North America, and they push it one step further in Los Angeles. After a close defeat to BDS in Stockholm, NRG's double team of SquishyMuffinz and jstn. put up extraordinary numbers of 70%+ goal participation each. They are brilliant players as individuals, but they are spectacular when playing as a team.

In both specific pass plays and their own individualism that opens up opportunities, they can constantly create dangerous chances against even the best opponents. One area to watch is how NRG's counterattack flows throughout the tournament. All three members have great ball control, which can alleviate pressure and quickly turn into an offensive opportunity. If jstn. and SquishyMuffinz are able to put together these quick strikes as well as their controlled, sustained possession; the scoring numbers could put them in conversation for the tournament's Most Valuable Player.

Back in Sweden, Dignitas went 9-0 in games through the Group Stage yet dropped out to SMPR Esports in a crushing Game 7. This time, Dignitas put together another 9-0 run in groups but will carry that momentum all the way to a Grand Finals appearance. Joris "Joreuz" Robben and Jack "ApparentlyJack" Benton are two of the fastest and most mechanically gifted players in the tournament and can shut down a series against any team when they are at the top of their game. While they have some tough opponents in their group, the ceiling for Dignitas is higher than any of their three matchups. The team dynamic is wonderful, and if they start feeling confident, they have the potential to make a quick run through the upper bracket.

With Dignitas blitzing through the Group Stage and NRG's duo of SquishyMuffinz and jstn. in form, one of Rocket League's oldest rivalries finds itself in front of the Los Angeles crowd. But with both teams firing on all cylinders, the energy of the crowd in the background, and hopes as high as ever, the match goes a grueling 14 games through two series. Of course, it will require jstn. to force a Bracket Reset in Game 7 of the first series.

While such a draining series is difficult to come by, it is not impossible. Both teams are so talented and can make slight adjustments as needed. By the time the Grand Finals arrives, neither team will be ready to fall out in disgrace as they push each other to the limits. This is the first time none of the original three members of the Dignitas dynasty (Jos "ViolentPanda" van Meurs, Alexandre "Kaydop" Courant, and Pierre "Turbopolsa" Silfver) have not made an international event. Despite that, Dignitas has found another world-class roster to continue the rivalry with Garrett "GarrettG" Gordon and the NRG squad. The Rocket League scene is still relatively young compared to other esports, so we should not take it for granted if we get more classic rematches like this.

The best player in the world, Evan "M0nkey M00n" Rogez, will have the highest goal participation even though he will not score more than 0.4 goals per game. His spectacular playmaking will still be enough, however, to take Team BDS through the Group Stage and let his teammates handle the spotlight for a while. He averaged 0.76 goals per game throughout the Winter Split, so this will be a significant dropoff but will not stop them from making it to the semifinals. BDS has enough team synergy to work around M0nkey M00n's uncharacteristic shooting and turn his dangerous influence into passing plays. The intelligent play from BDS' entire team will allow their defense to stand firm, even if their offense is not the most potent in the tournament. So without even scoring 0.4 goals per game, M0nkey M00n will still be in the conversation as the best player in the tournament.

The Los Angeles Major is certain to offer entertaining and exciting storylines, whether or not these presented here are one hundred percent correct. With fans in the stands once again, we cannot wait to feel that excitement as the best players in the world gather once more to prove their mettle. As always, one more piece of Rocket League history is in the making. No matter who wins, make sure to enjoy the event!