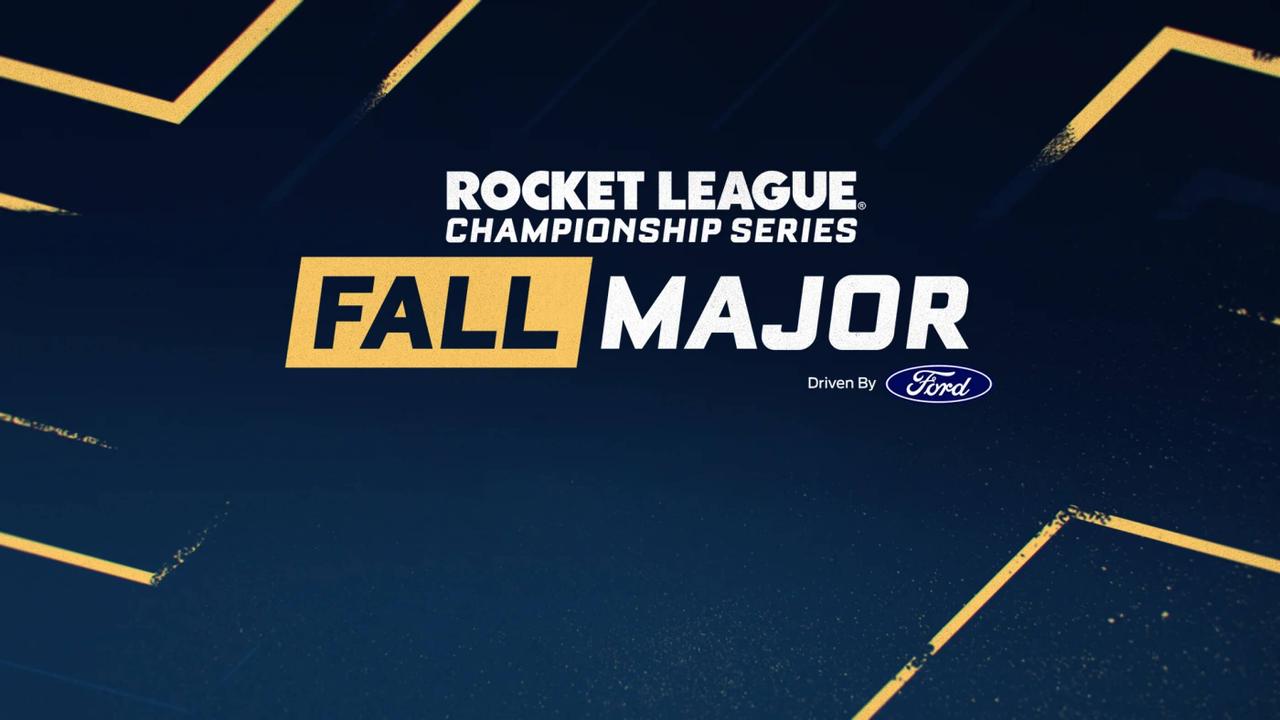 BDS triumphed in a 2-0 set victory over NRG in the first international event in two years. Let's take a look at what happened.

After both teams won their respective Regional Championships last season, fans across the world could respect the excitement leading into the series. Both teams faced some drama on their path there.

BDS faced questions from the wider community about not looking in peak form throughout the season so far. Those questions were not entirely cleared early in the tournament. They won close series against Endpoint and Complexity Gaming, but their biggest win came against their Grand Finals opponents, NRG. Every game in that series was decided by a single goal, a trend that would continue in their rematch at the end of the tournament.

NRG was under similar scrutiny. They lost to both BDS and Endpoint, two of the European favorites, and were forced to win in Round 5 to even make the quarterfinals. In some series they looked dominant, in others they were reliant on some fantastic individual performances to keep them close.

In their first series, BDS won 4 games to 1. The box score does not do justice to how close it felt at times. NRG won the first game with a goal displaying precisely what makes NRG so dangerous- their passing game. In this goal, Justin “justin.” Morales wins a 50/50 and it pops out to his teammate, Mariano “Squishy” Arruda. Instead of rotating back into defense, Justin continues upfield. Garrett “GarrettG” Gordon was also heading upfield, however. When Squishy sent his pass upfield, he was the farthest back on his team. This awareness of each other’s position and confidence in hitting these types of passes proved a problem for BDS to handle.

After NRG took that game, BDS won the next four. Despite jumping to a three-goal lead in Game 2 and a two-goal lead in Game 3, NRG scored in the final minute of both games to bring the score within one. BDS might have been a bit fortunate to not give up either of those games, as they were outshot 14-28 over that span. Despite NRG’s pressure, it was a testament to BDS’ defense and rotations to keep the ball out of their net.

It kept them in Games 1 and 2, but especially through the rest of the series, it was BDS’ pressing that made the difference. While all three players were certainly involved, Evan “M0nkey M00n” Rogez was a crucial piece in anticipating NRG’s passes and shutting down the link-up plays that make them so dangerous. High upfield, BDS were always lurking around midfield and the sidewalls to sweep out any NRG clears. When setting up in structured defense, BDS defenders were clever with their positioning at the top of the box to intercept and initiate counter attacks.

This anticipation is largely what allowed BDS to take leads rather than simply holding off for as long as possible. BDS’ second and third goals in Game 3 exemplified this. The second was a pinch from a M0nkey M00n challenge that popped out to Marc “MaRc_By_8” Domingo for a shot. The third was in overtime when Alex “Extra” Paoli grabbed a loose ball around midfield and set himself up for a great redirect as GarrettG was caught out of position. In the following game, around the 4:40 mark, M0nkey M00n beat the NRG player at midfield and sent a dangerous ball off the backboard. It caught Squishy in retreat, and Extra was easily able to finish the rebound.

It was an all-around performance from BDS, with all three members putting up at least three goals for their stat sheet. Their collective defensive effort was just as impressive at holding off an NRG attack that looked like it could score whenever given space. Justin, of course, was the best player on NRG’s side of the ball as he put up an 87.5% goal participation. He was always on the end of the move, slotting the ball into the net, or creating the play by himself to set up a teammate. Squishy was often his link-up partner, with a goal participation of 75%. Squishy assisted half of NRG’s twelve goals. GarrettG had a quiet match, not scoring until a brace late in Game 5 and only one assist.

I must admit, it would be nice to sit here and analyze these matches. Sometimes, though, this felt chaotic. Across this seven-game series, there were 140 shots, and both teams shot under 20%. The woodwork was useful many times, but there were just as many inspiring saves to increase the tension surrounding this matchup. By the time BDS clinched the title, they had only scored one more goal in this series than NRG.

BDS jumped to a two-game lead with some well-crafted goals. In Game 2, this goal displays some of BDS’ important qualities. They win some exceptional challenges, but their ability to follow each other helps them create opportunities without relying on individual mechanics.

They certainly can do that, too. Their second goal in this game was a wonderful air dribble from M0nkey M00n turned into a flip reset, sending it into the goal off the far post.

While the first series still saw some incredible offensive play, GarrettG playing up to his level was what truly brought the scoreline so close. He was involved in countless plays that easily could have been goals. Sometimes his shot would clang off the woodwork, or his pass would lead to a similarly close shot. NRG pulled out the works, with flip resets, passes direct downfield for a redirect, and some incredibly dangerous passes inside BDS’ own box.

M0nkey Moon continued to have a fantastic night, but Extra was the extra catalyst BDS needed in this series. He scored half of BDS’ goals and posted a 39% shooting percentage, the highest of any player in both series. This play is one example of the creative touches he managed to help support teammates as well.

NRG scraped their way to a Game 7, despite some incredibly unfortunate shots off the frame of the goal, and some lucky bounces of their own in defense. When it came to the final game of the day, it was BDS’ ability to follow the play after challenges that made the difference. Their first goal came when M0nkey M00n spiked the ball off the ceiling and forced an awkward touch from Squishy. Extra was able to swoop in for an easy, close-range finish. Their second goal came from another NRG save. M0nkey M00n was there, but again it was sent wide, and Extra grabbed the rebound. With that goal, BDS added insurance to their match-winning game.

BDS’ defensive consistency should not be overlooked. NRG looked spectacular, both individually and with their passing plays. In order to match their pace, BDS had to maintain their recovery speed and midfield positioning for long durations of time to limit any NRG counter attacks. When NRG had established possession deep in the attacking third, BDS had to deal with passes at the top of the box that NRG nearly capitalized on many times. Under such pressure, it is admirable that there was no abundance of double commits or panicked decisions.

To demonstrate BDS’ team effort, here is a stat showcasing how everybody got involved in the attack. Across the entirety of the tournament, all three players had a goal participation between 56% and 62%. That is an incredibly tight margin for all three players to sort into. In comparison, Justin was the main threat from NRG as he posted a rate of 74% with a tournament-leading 38 goals. GarrettG was at 51% goal participation. As many flashy plays that NRG showed, BDS were able to match it with great anticipation and last-moment saves, and turn those plays into an attack.

NRG put up a valiant effort in bringing it back from triple match point, but BDS’ collective effort was enough to see them take the first international title in two years. They truly deserved it after a grueling match against North America’s best. BDS’ reaction showed it all. They were excited, of course, but also relieved. The first ten games in this series were decided by a single goal. All three BDS members should be proud of their performance. After a dominant Season X in Europe, they have finally been able to prove they are the best in the world.

Fans can now only hope for a rematch at future international events—perhaps for North American fans to avenge themselves and for Europe to assert its dominance once more. As the teams return to their respective regions, they should only be expected to find themselves in finals consistently. Both teams beat out some of their most dangerous regional rivals in the semifinals. NRG stifled a dangerous FaZe Clan, and BDS held back a troublesome SMPR Esports. At an event with only the best in the world, these two teams proved their worth. Both teams faced some criticism in their path to the Grand Finals, but doubters cannot deny the excitement these two teams provided.