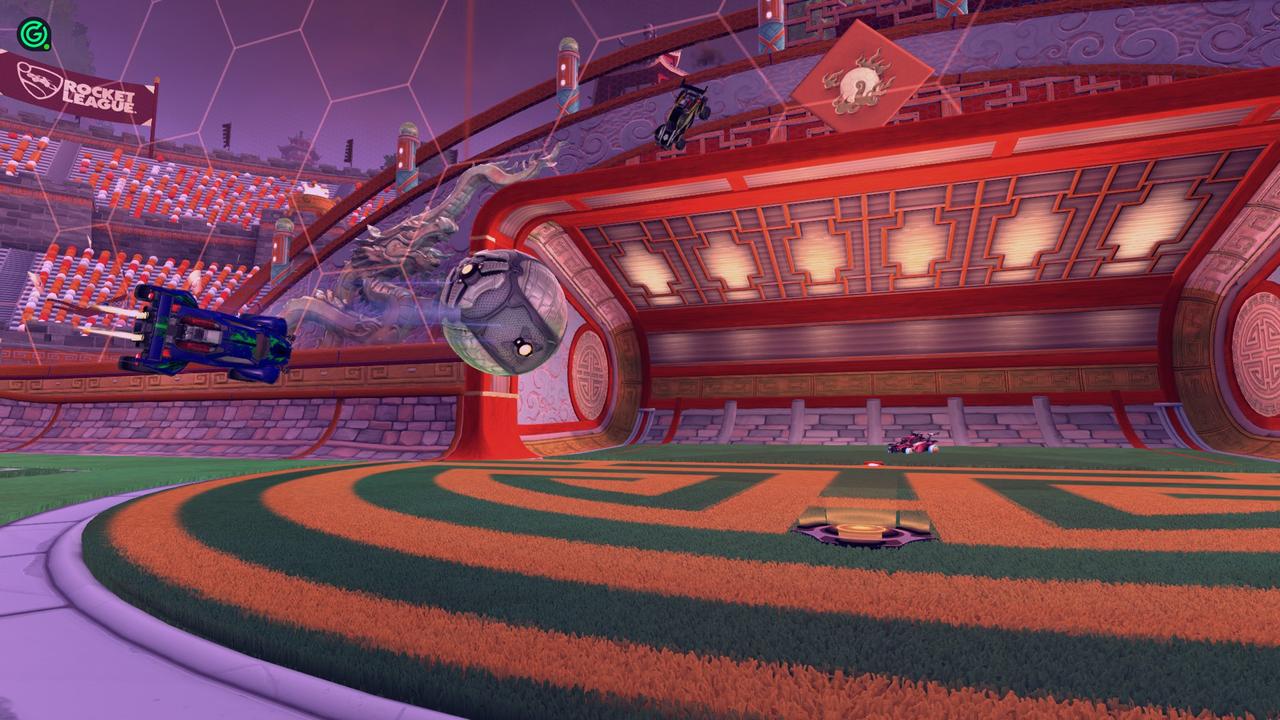 Finally reaching a new rank is one of the most satisfying experiences in gaming. We all put in so much time and effort that the payoff feels great. The shiny new logo is certainly worth celebrating. Still, it takes several steps to truly improve at a game rather than just hoping to reach the next division on the ranked ladder.

In this Solo Queue Journey series, I will play Rocket League for a month and provide insight into my climb. Having been a low Grand Champion player for several seasons, I would love to provide insight into everything from in-game-specific tips and tricks to the mentality required to improve. Despite spending a lot of time writing about and watching the game for G-Loot, I have fallen out of practice. However, I am proud of being Grand Champion, so I want to get back in the groove and share some tips along the way!

In Week 1, I will provide some general insight into how I approached this challenge of dedicated practice for a month. As we move through the series, we will cover specific aspects of improvement like a hardcore look at mechanics, practice, and mentality. So as I began my climb, I had to focus on one thing—I was very rusty! I had practically only done my placement matches for the season. My plays were inconsistent. I could rarely pull off the mechanics I intended.

I finally completed my placement matches. My rank? Champion Three. My ego? Bruised.

Now that is actually an important point. Too often, we let our pride get in the way of improvement. Champion Three represents the top 1.1% of players in Standard! Even if you are Diamond Three, that is still in the top 10% of players, according to EsportsTales. You can be proud of how far you have come, but your skills will stagnate if you let that get in your head. I would say to myself, "I am a Grand Champion player!" But, in reality, I was not. I had not put in the practice, and my skills had deteriorated. Through the past several seasons, when I had not put in as much time as I have in the past, this justification only led to me getting more frustrated at losing. It takes humility and an objective look at where you need to work if you want to climb to your highest potential.

My goal was to start by playing twenty hours every two weeks and work until I played forty hours every two weeks. When I was playing my best in the past, it was from putting in this amount of effort. The higher you are on the ladder, the more time is usually required since most other players also dedicate a serious amount of time to the game. But no matter how much time you have, it simply means you have to be focused on the practice time that you do have. If you put more time into the game, you will probably see better results. Giving yourself this much time to play frequently will develop your consistency. When I reach that forty-hour mark, I can pull off more creative plays and start to master where I want to put the ball.

So the final conclusion for this amount of time is simply developing confidence. Not ego! Just confidence. You want to be able to pull off any play, any time. Remember that the ranked ladder is your opportunity to practice in a live environment—it is okay if you don't play perfectly! It is better to practice those tough plays you are not as confident in so that it is that much easier the next time. Throughout my first week in this challenge, the main thought was that I hesitated too often. It cost me way too many games. I would be too conservative with my positioning, never challenge for close plays, and simply try to get the ball away from danger rather than ever developing an attack. This is how I mostly view the idea of "playing fast." While part of it includes the idea that high-rank players can pull off faster recoveries with their car control, it is mostly the idea that they know what to do and when to do it. They can read the play ahead of time, commit to their plays, and have confidence that they can win the game if they pull off a sequence correctly.

If you want to start taking your practice to the next level, I recommend confidence as your first key focus for a week. Even when my friend and I were in the depths of Gold and Platinum, we had a tangible difference in our level of play when we would joke with each other about "Play confident! Just be confident! Confidence!!!" No matter your rank, you will find yourself pulling off more aggressive plays, pushing yourself mechanically, and challenging the opponent in better spots rather than waiting for them to make a play.

When you look to improve, you will probably find yourself playing more and more. So it is essential to keep a healthy mindset when you spend so much time in the game. As I jumped in for this first week, I wanted to make sure I was playing for the sake of improvement, not for a shiny, ranked logo. When you focus so hard on that tiny little symbol, you can get overly frustrated at every loss. So I turned on some podcasts as I jumped into Free Play and listened to some music as I played my matches.

This was only Week One of the challenge, so I wanted to focus on fun. Now, turning off the podcasts and music is a better way to focus. But remember, it is still a game! We are here to enjoy it. If you are not enjoying the game, you will find it difficult to improve. You might not be motivated to spend time on a new skill, or you will get tilted in-game when a teammate makes a single mistake. So take this beyond simply listening to music. What about Rocket League makes you happy? Is it air dribbling? Scoring from every angle? Or pulling off crazy new mechanics you have never done before? Whatever it may be, spend some time focusing on what you enjoy and how that can push you to learn new skills or approach the game with a different perspective.

The final mental note I made to myself was how quickly I could lose focus. After a long winning streak, I would get complacent. I would start to "feel" like I was playing fine. We were winning after all, right? But I would start to play slower and approach every play lazily, sometimes just throwing myself around as if I could not get punished no matter what I did.

Similarly, on a losing streak, I would start to get in my own head that I was just rusty and having a rough day. Any excuse for why you are so great or so bad might infringe on your ability to play your best. So remember that each game is only five minutes! Every five minutes, you can refocus. The results of the game do not matter. Simply focus on your improvement, no matter what skills you are looking to work on. Push yourself to play your best even when you are losing by five goals, and do not get complacent when winning!

Finally, here are some extracurricular activities for you as you jump into a new practice routine. This is simply a collection of resources that I have found helpful in improving, from reviews by pros to podcasts about the mental side of gaming.

No matter how you start your routine, there is more content like these reviews and podcasts than ever before that can help you think critically about the game. Sometimes, just watching the pros' own gameplay can give you inspiration on how to creatively approach your own game. I hope you will join me in taking your gameplay to the next level and continue this series!