NA top contenders and teams on the edge in Rocket League 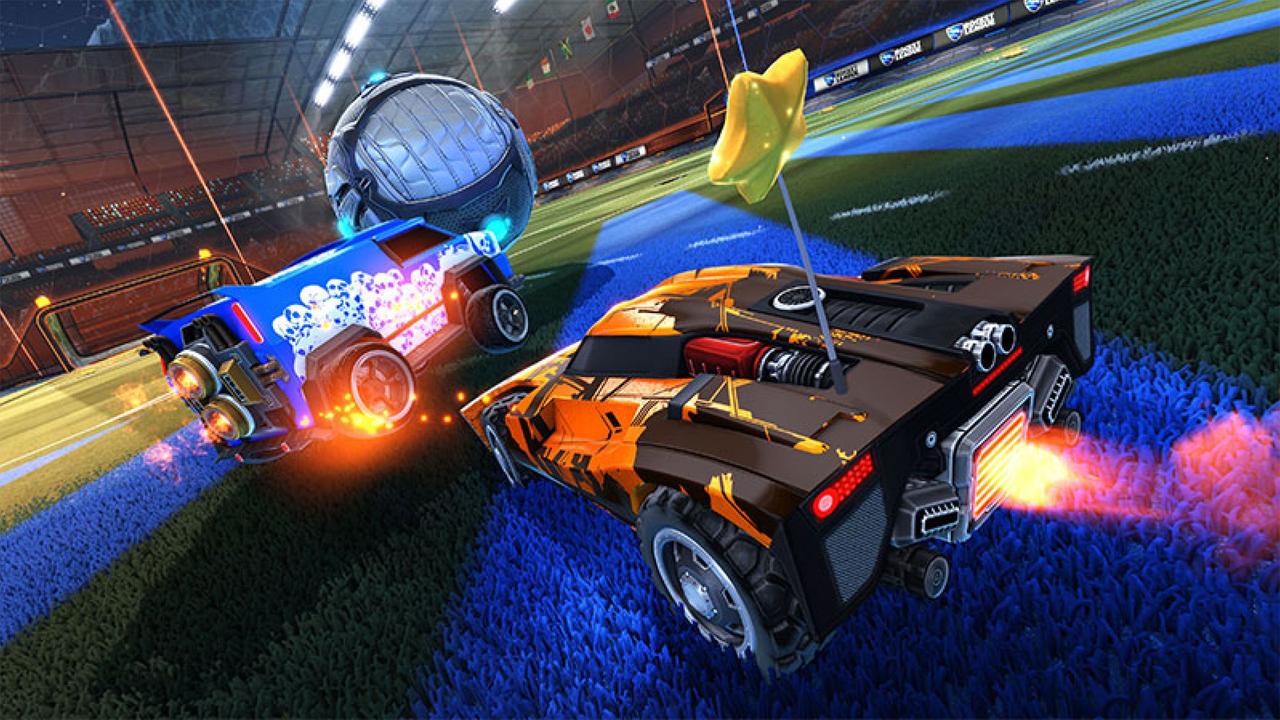 Another weekend of the Rocket League Championship Series, and more records, zero-second goals, and insane plays.

Two-thirds of the Winter Split is finished for North America, and given this extra sample size, we can begin to look at the top contenders in the region after some wild roster shuffling created some ripple effects in the top teams.

NRG seem to always be here, don’t they? After a victory in the first Regional and a tight loss in this weekend’s Grand Final, they sit at the top of North America once more. NRG were tested in the group stage, despite being heavy favorites in matches like their five-game series against Version1 and their loss to Rogue. They would always prefer a less nervy qualification, of course, but it showed their perseverance when they aren’t playing in their best form.

They opened their playoff bracket run with a fantastic win over Spacestation Gaming but looked flat against G2. They were swept, outscored 5-14. Again, they were not going to be moved aside so easily. How about pulling off a reverse sweep in a best-of-seven against FaZe Clan? No problem. NRG were back in the Grand Finals. In the rematch in the Grand Finals against G2, NRG took the first series but fell short in the second.

NRG’s team synergy is nearly unmatched. They have incredible awareness of each other’s positions and consistently link up for some flashy team goals. If teams cannot shut down that avenue of attack, it usually results in a win for Garrett “GarrettG” Gordon and crew. Two Grand Finals in two Regionals, shortly after a silver medal at the Fall Major, are evidence that NRG is going to continue to dominate at the top of the North American standings as the Winter Major approaches.

This weekend, G2 went home with their first gold medal since acquiring Massimo “Atomic” Franceschi. The potential for this G2 is significantly higher with Atomic in the mix. His offensive presence should not be understated, supplementing an already prolific roster featuring Jacob “JKnaps” Knapman and Reed “Chicago” Wilen. Atomic posted a team-best 68% goal participation rate throughout the tournament.

After their Upper Semi-Finals match against NRG, Chicago said, “It’s just a time thing more than anything. We’re not a team that was kind of just going to come out and destroy right off the bat. So, we’re coming from two very opposite playstyles… I just think for us, time is on our side and that’s what we’re seeing in this Regional compared to the first is just more time equals more chemistry which equals more wins I guess.”

G2 cemented themselves in the top tier of North America and will have even more time to work on that synergy by the time the Winter Major starts. One of the most impressive aspects of G2’s play this weekend was their ability to cut out dangerous passing plays. They shut down NRG, for example, in that Upper Semi-Final with awareness and smart positioning in midfield.

In a tear-jerking moment after winning the Grand Finals, G2 coach Jacob “Jahzo” Suda, announced his retirement. His influence will be missed on the team, but they have set themselves up for continued success.

Despite making the Semi-Finals of the Winter Major, FaZe Clan decided to make a roster move, bringing in Caden “Sypical” Pellegrin. This team is filled with stars, with all three of Jason “Firstkiller” Corral, Austin “AYYJAYY” Aebi, and Sypical being foundational talents for any team. Through two Regionals, the potential is obviously there after finishing in third place in both. However, it feels like their ceiling has not been reached yet.

They faded down the stretch once they reached the Upper Bracket Final and Lower Bracket Finals against NRG and SSG, a problem that seemed apparent in the last Regional against NRG. FaZe allowed a reverse sweep to NRG, and I was not sure if I should have been happy for NRG or crushed for FaZe. In a zero-second opportunity, Sypical’s shot barely grazed the floor, brutally ending their chance to close out the series in overtime. Watch on Twitch.

If it is just a matter of consistency, it could just be continuing to work with Sypical as they work together as a new team. Third place certainly is not the limit for this team and it will be exciting to see what they can do going forward. Their offensive level is as high as ever, scoring at least four goals in eight of their seventeen playoff matches.

Yet another top team that made a roster move, and still look fantastic. The young prodigy, Daniel “Daniel” Piecenski, fit into this squad instantly. He was the top scorer for SSG in both Regionals this split, an incredible statement about his abilities. Many people already consider him one of the best individual players in the region. Once you add in his teammates, Tshaka Lateef “Arsenal” Taylor Jr., and Slater “retals” Thomas, it is easy to expect continued top-four results moving forward.

In their Upper Semi-Finals match against NRG, a loss was not that discouraging. They still looked incredible, with Daniel pulling out some fantastic goals, but just as importantly, the defense was solid. Only one game was decided by more than a goal. They pulled off the first best-of-seven reverse sweep against Oxygen in their next match (of course, NRG would do it later in the day too) to keep their run alive.

SSG thrive when they get aggressive and create space. They are willing to get stuck in attack, inflicting the most demolitions in both Regionals this split. That killer instinct (about as literally as you can get in a car game) allows them to punish mistakes, forced or unforced.

Another transfer, another improvement, Jesus “gimmick” Parra’s addition instantly pushed Oxygen into the top five. His flair in attack helps open up the game for Oxygen, allowing his teammates to thrive. Logan “Lj.” Wilt has been seen as an underrated player, waiting for a breakout, and his time has finally come. He was a highlight reel this weekend, and performances like that will come in handy when fighting for a top-five spot to qualify for the Major.

After defeating Team Envy, gimmick talked about transitioning into his new squad:

“It’s been a lot of work. The whole team, all of us, we’ve just been scrimming a lot, been like really taking everything seriously. Like we really want to win and everything, so we’ve just been putting in as much work as we can. Putting in the hours, putting in everything we can just to prove to people that we are a top-six team.”

An impressive performance in the first Regional gave hope to Version1 fans. Landon “BeastMode” Konerman came in and Robert “Comm” Kyser and Kyle “Torment” Storer played with a revitalized style. Unfortunately, they were matched against a hot Oxygen team in the first round of the playoffs. It might be rash to judge them harshly on that result, given Oxygen are one of their chief rivals for a top-five spot. They will have one more chance to book their spot to the Major. They will need to develop that consistency with teams like Oxygen, Rogue, and even Complexity Gaming and Team Envy still looking for a late performance to pull them through.

Envy and Rogue both made roster moves, but have gone in different directions. Envy’s stock has fallen while Christopher “Aqua.” Campbell is pulling off wild one-versus-three plays to keep his team in series. Complexity impressed at the Fall Major, but have fallen off drastically. It will be exciting to follow these teams in the third Regional, but it will take some deep runs to overcome the teams currently above them in the standings.

Of these three teams, Complexity could return to their Fall Major form and pull out some big upsets to secure a last-second qualification, just like last split with their tie-breaker against Spacestation Gaming. It is hard to gauge where they are on their path to rediscovering their form. Is it the team that pushed Spacestation Gaming to three overtimes in a row during the group stage? Or the team that scored two goals in three games as they conceded a reverse sweep to Charlotte Phoenix?

Envy’s path would look slightly different. They have not had much time to work with Andres “dreaz” Jordan, so they will have to find that style and refine it. It is difficult to see them improving quickly enough to overcome teams like Spacestation, G2, and NRG in order to finish with a deep run to jump in the standings.

Only one more Regional remains before we return to some international competition. As always, it is going to be intense before it even starts as teams fight for qualification. The transfer window buzzed with activity, and the resulting roster moves did not disappoint. We still have so much to learn about these teams as they work on their chemistry and push each other to new limits. It is important to remember though, only five will make it to Los Angeles.

All stats credit to OctaneGG