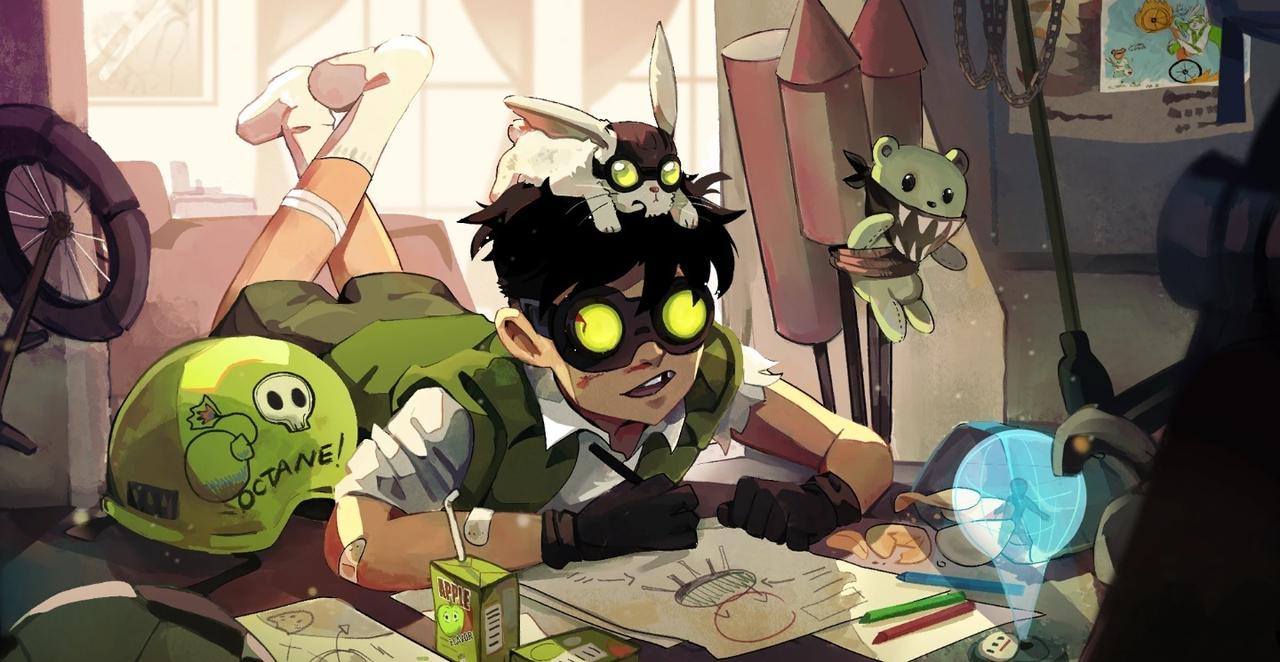 As Season 13 approaches, the lore side of Apex Legends is once again vitalized and not so subtly giving us hints about what's to come. Lately, multiple plotlines have received big updates and reveals. For those of you who have a hard time keeping up with the way Apex Legends reveals its story, here's what's currently happening in the Outlands.

Greetings, Legends! Welcome to G-Loot Blog's newest series about Apex Legends lore: the Outlands News! In this series, we'll be going over the current story of Apex Legends and how it would affect your gameplay experience. Well, maybe not your ranked performance per se, but you will hear a lot of updated in-game dialogue in Season 13, and you'll probably want to know the story behind those interactions.

Full disclosure, a big chunk of this article will read like celebrity gossip. However, it ties into the current events of Apex Legends. I promise.

I'll start with the long-running drama between Bangalore, Loba, and Valkyrie. Since Loba Andrade joined the Apex Legends roster, her super aggressive social approach left different impressions on each Legend. Throughout her life, Loba was conditioned to get what she wanted, no matter how. This resulted in an in-your-face attitude towards the people she interacts with, which can be off-putting for some. Bangalore was one of those people.

Anita Williams, callsign Bangalore, comes from a military family. She was conditioned all her life to do everything by the book. She always considered duty above everything, so there's little to no evidence of a love life before she joined the Apex Games.

Valkyrie found solace in Loba after the "tragic" loss of her father, Viper. (Image: Respawn Entertainment)

When Loba joined the Apex Games, Bangalore was wary of the former's shady methods and secretive nature. Despite having a very forthcoming personality, Loba is still a thief. So while you're busy looking at her face, her hands will reach places out of your sight. This creates a sense of mystery around Loba, drawing people to her, whether they like it or not. Bangalore was no different, facing someone as alluring and mysterious as Loba.

As time passed, Bangalore and Loba started to get closer, sharing a lot of time during and after missions. But Bangalore had trouble coming to terms with her feelings. Her training and sense of duty made her hesitate. When Rampart confronted her about Loba, she deflected in a panic and said Loba is "just a friend" to her, which Loba overheard. This pushed Loba away, and her wild personality once again proved difficult to handle for Bangalore when Valkyrie arrived.

Kairi Imahara, callsign Valkyrie, also has an in-your-face personality with a very aggressive approach to social relationships. Plus, she's very candid about her interest in dating women. Having found their match in each other, Loba and Valkyrie quickly hit it off while Bangalore was still wrestling with her feelings toward Loba.

As Loba and Valkyrie got closer, Bangalore admitted defeat in the whole ordeal. Instead, she decided to focus all her energy on the Apex Games and finding his missing brother, Jackson.

Forming an unlikely alliance, Bangalore has been working with Wraith for some time to find information about Jackson's survival and/or whereabouts. Coinciding with the Loba-Valkyrie situation, Bangalore received grim news about her brother's fate. Apparently, Wraith managed to find solid evidence pointing towards Jackson's death.

Meanwhile, Loba believed she had the last laugh against Revenant by sending his source code to Gridiron through a phase runner. After the confrontation between the two, Revenant swore to find something Loba loved with all her heart and take it away. Loba being romantically involved with Bangalore, a person from Gridiron, turned out to be the perfect opportunity for him. A chance to take away what Loba loves and finally find his own source code. So, just after Wraith delivered the news and left, Revenant revealed himself to Bangalore. He offered her a one-way trip to Gridiron, something Bangalore's been working towards for years. Revenant offered to pool their resources together to make the voyage shorter than the supposed 20 years, saying that Bangalore has nothing left in the Outlands and she might want to see her parents before they die.

Loba was NOT happy with Bangalore's involvement with Revenant. (Image: Respawn Entertainment)

Bangalore met Loba at a bar to ask for her advice. Loba was hesitant to support Bangalore's decision until the latter revealed Revenant's involvement. After that, Loba was furious at Bangalore for even considering an offer by Revenant and stormed off, saying, "there is nothing for you here," mocking Bangalore's pessimistic approach to their relationship.

Defeated, Bangalore accepted Revenant's offer, but not before holding one last Williams Sendoff for Jackson. She visited the crashed IMS Hestia-01 on Storm Point. Drinking one last beer in Jackson's memory and coming to terms with the harsh truth, she finally said goodbye to her brother. After that, Bangalore officially announced her departure from the Apex Games.

Since most of the Apex Legends are on good terms with each other while not fighting to the death in the Games, they threw a surprise farewell party for Bangalore. This party also welcomed the newest Legend, Newcastle, who was to be Bangalore's "replacement" after her departure. Newcastle appeared to be very sociable and had already charmed everyone around him with his dance moves. During the party, a match was called in, and the Legends were instantly assigned as squads of 3. Going out for her last match, Bangalore was assigned with Mirage and the "new guy," Newcastle. Before she could assert dominance and command the rookie, Newcastle started calling shots and acted as a protector to his team.

While Bangalore was confused by Newcastle quoting her words about the island almost verbatim, an IMC armory emerged from the ground. Assuming it was triggered by an emergency situation, Bangalore and Newcastle went inside the armory to ensure everything was in order. Seeing all the weapons waiting to be picked, Bangalore immediately picked up a HAVOC rifle, triggering the security measures of the bunker. Triggering the alarm released IMC-commissioned Spectres, and the two had to fight for their lives. During the skirmish, Newcastle grabbed the last remaining Spectre, and Bangalore brandished her Heirloom, Cold Steel, aka the Data Knife she took from Commander Scryer. She stabbed the Spectre the same way she stabbed Scryer after Jackson took the IMC commander down.

The play-by-play similarity of the Spectre takedown caught Bangalore's attention. Still, before she could say anything, another danger presented itself in the form of a giant sea creature. This surprise attack caught the Legends off guard, but Newcastle led them into a streamlined offensive, and Octane added the finishing touch the only way he knows how: by risking his own life just to look cool.

After the beast was taken down, Bangalore's suspicions were all but confirmed. She took the post-combat exhaustion of Newcastle as an opportunity to test her theory. While approaching Newcastle, she noticed his bracelet, made of bottle caps. A Williams Family heirloom. Taking off his helmet, Bangalore saw the face of her "dead" brother after 13 years. Now that's a good reason to stay.

Next time on Outlands News

The love triangle between Loba, Valkyrie, and Bangalore; Revenant taking advantage of Bangalore's weakened resolve; Bangalore's search for her missing brother coming to an abrupt but slightly positive end. The Outlands is having a hectic time in terms of Apex Legends lore, so make sure to tune in to Outlands News next week to find out more!

Until the next chapter, you can get to know the characters better by playing Apex Legends. But to learn how to play them better, you're going to need an assistant by your side. G-Loot is precisely that! G-Loot helps you track your stats, provides insight into your play style, and helps you improve your performance in a multitude of ways! Plus, you can attend the Weekly Brawls and Monthly Showdowns to challenge players from all skill levels and win real money prizes!

What do you think about the lore of Apex Legends? Do you think Newcastle's arrival will shake things up both lore-wise and meta-wise? Join our Discord to discuss with fellow G-Looters!