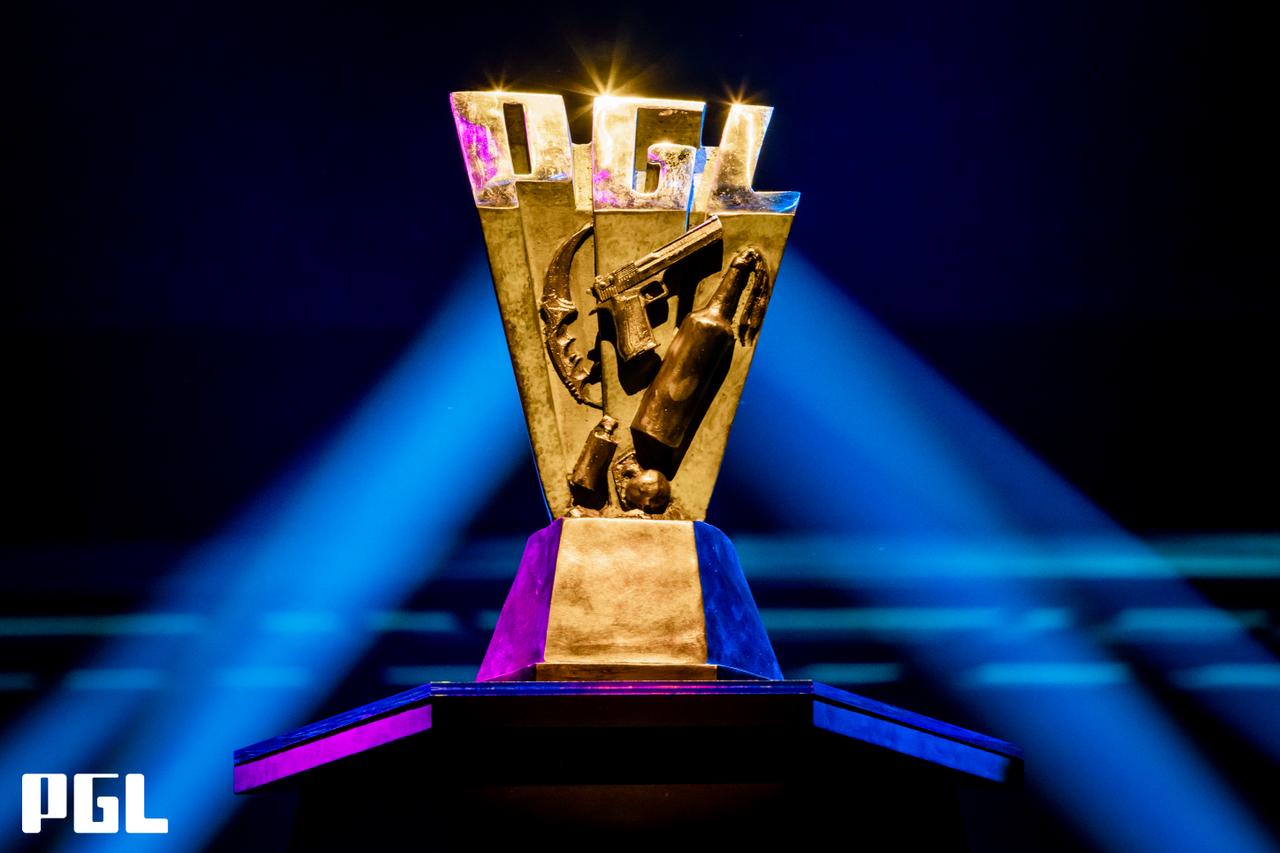 Here is a recap of the PGL Major Stockholm Legends Stage.

The Challengers Stage of PGL Major Stockholm was filled with surprises. Several unexpected teams were among the eight to advance to the Legends Stage, where eight other elite squads lie in wait. The second stage of the tournament followed the Swiss system once again, with teams needing three wins to advance. Like the first stage, early matches were best-of-one while advancement and elimination matches were best-of-three. Here is a recap of the PGL Major Stockholm Legends Stage.

A pair of tournament favorites finished at the top of the Champions Stage standings with perfect records. Natus Vincere (commonly known as NaVi) and G2 Esports had high expectations going into PGL Stockholm. They answered the challenge with 3-0 records, taking wins off some of the world’s top teams. Both squads will look to continue their winning streaks in the playoffs and take home the title.

NaVi opened up their tournament run with a tough matchup against Heroic. They held off the Danes 16-11 on Ancient before dismantling Virtus.pro 16-4 on Overpass. On Day 2 of the Legends Stage, NaVi faced Ninjas in Pyjamas in a titanic showdown. Both teams were 2-0 and looking to advance to the Champions Stage. In a somewhat surprising turn of events, NaVi controlled the match the entire way, winning both maps 16-9. Star players Denis “electronic” Sharipov (45-30 KD) and Aleksandr “s1mple” Kostyliev (43-29 KD) were great, but it was Valeriy “b1t” Vakhovskiy (44-20 KD) who really showed out against the legendary Swedish squad.

G2 played their first match against the surprise team of the tournament, Copenhagen Flames. They handed the Danish cinderella story their first loss at PGL Stockholm 16-11 on Ancient. Later that day, they dismantled FaZe Clan 16-7 on Mirage. G2 had beaten two previously undefeated teams and headed into the third round at 2-0. There they met Entropiq, who were riding high after a string of upsets over Astralis, Heroic, Team Liquid, and Gambit Esports. G2 did not meet the same fate, defeating Entropiq 2-0. The first map was a competitive 16-14 finish on Mirage. G2 then routed Entropiq 16-8 on their own map pick, Dust II. Four of the squad’s five players finished the match with a positive KD ratio, propelling them into the Champions Stage.

One of the biggest stories from the Challengers Stage was the early struggles of Heroic. The Danish titans started the tournament off 2-0 before suffering back-to-back upsets at the hands of Copenhagen Flames and Entropiq. Heroic rebounded by defeating Movistar Riders to keep their hopes alive. Those two losses in the Challengers Stage came back to haunt them, as Heroic matched up against Natus Vincere in the first match of the Legends Stage.

Heroic put up a valiant effort against the team many believe to be the best in the world. They fell 16-11 on Ancient to drop into the lower pool of squads, where they faced an uphill climb to advance. Later that day, they matched up against another CS: GO powerhouse, Team Vitality. At risk of falling down to 0-2, Heroic pulled out a gritty performance to take the match 16-12 on Overpass. The team went into Day 2 of the Legends Stage with a 1-1 record, hoping to continue their momentum. A balanced effort from Ismail “refrezh” Ali (23-17 KD), Martin “stavn” Lund (23-17 KD), and Rene “TeSuS” Madsen (22-17) was enough to prevail over France’s best team.

Round three saw Heroic matched up against their fellow countrymen and longtime rivals, Astralis. Both teams struggled in the Challengers Stage and were looking to turn their fortunes around. Heroic answered the call with a resounding 16-7 victory on Ancient. Sitting at 2-1, tournament darlings Copenhagen Flames were all that stood in Heroic’s path to the Champions Stage. Heroic dominated the first map 16-4 on their pick, Nuke. Copenhagen Flames answered back with a 16-13 victory on Ancient. They met for a final map on Overpass, where Heroic won 16-11 to punch their tickets to the playoffs.

Before the start of PGL Stockholm, many thought of Astralis and Team Liquid as two of the favorites to win the entire event. The Danish giants and the world’s highest-earning esports organization are two legendary figures in CS: GO. However, both teams struggled in the Legends Stage. They could only muster one win apiece and were eliminated from the tournament.

Astralis had uncharacteristic struggles all tournament. They dropped their first two matches of the Challengers Stage before reeling off three straight wins to avoid elimination. They continued the streak into the Legends Stage, defeating FURIA Esports 16-10 on Inferno in the first round. They were then absolutely decimated by Ninjas in Pyjamas 16-1, again on Inferno. Low morale from that match carried on to the next day, as Astralis lost their next match 16-7 against Danish rivals Heroic on Ancient. Astralis fell to 1-2 and now faced elimination against Team Vitality. The Danes dropped their own map pick 16-10 on Nuke before gutting out a 16-14 win on Vertigo. Tied up at 1-1, Astralis then lost a heartbreaking third map 16-13 on Dust II. The team that many believe to be the greatest in CS: GO’s history was eliminated from PGL Stockholm, finishing with a 4-5 tournament record.

Team Liquid had already qualified for the Legends Stage through their regional Major Ranking and avoided the Challengers Stage entirely. Like several other elite teams, they were upset by Entropiq 16-9 on Vertigo in their first match of PGL Stockholm. They followed up the loss with a convincing 16-8 win over ENCE on Dust II. The next day they suffered defeat at the hands of Brazilian juggernaut FURIA Esports 16-9 on Inferno. Team Liquid sat at 1-2, facing elimination against American rivals FaZe Clan. Despite forcing overtime on the second map, Team Liquid went down without a whimper, losing the match 2-0. They were sent home from the tournament with a disheartening 1-3 record.

Ninjas in Pyjamas (NIP) serve as the hometown favorite at PGL Stockholm. They also entered the tournament amongst the list of favorites to lift the trophy. The legendary Swedish powerhouse was eager to put on a show in front of their home fans and add another piece of hardware to their mantles. However, they had to earn their spot in Avicii Arena the hard way.

NIP won their first match against MOUZ (formerly known as mousesports) 16-12 on Inferno. Hampus “hampus” Poser (23-15 KD) and Nicolai “device” Reedtz (24-19) led the way with gritty performances. NIP followed that up with a dominating 16-1 victory over Danish juggernauts Astralis to start the tournament 2-0. Every member of the squad finished with a +6 KD ratio or higher in their match against Astralis. The next day, NIP suffered their first loss of the tournament to Natus Vincere in an advancement match. The Swedes were handled in convincing fashion, dropping both maps 16-9. They then dropped a second straight match to Gambit Esports to fall to 2-2.

The team’s tournament hopes rested on a win-or-go-home match against Copenhagen Flames. The ambitious Danes had already pulled off several upsets at PGL Stockholm and were looking to continue defying the odds against NIP. They took the first map 16-10 on Nuke and looked to be in the driver’s seat against the local heroes. Copenhagen Flames took an early lead in the second map and looked to be on the verge of sealing NIP’s fate. The Swedes then answered with an incredible comeback to take the map 16-13.  The third and final map went down to overtime on Ancient. Although Copenhagen Flames made a relentless comeback attempt of their own, NIP held them off 19-17 to take the match 2-1.

After their narrow escape, NIP will give the Swedish fans plenty to cheer for in the Champions Stage.

Two top-tier teams met in an early elimination match with huge implications. Astralis and Team Vitality are two of the most successful squads in CS: GO history. Both rosters feature legends like Peter “dupreeh” Rasmussen (Astralis) and Richard “shox” Papillon (Vitality). Each team experienced early struggles and was 1-2 going into their matchup. The loser was sent home packing while the winner earned new life in their tournament run.

American export FaZe Clan and Russian giants Virtus.pro previously played in the Challengers Stage. That resulted in a 2-0 victory for FaZe in an advancement match. The two teams met again in the final round of the Legends Stage. Both squads entered play at 2-2 with a chance to reach the playoffs. The loser had their tournament dreams crushed in heartbreaking fashion.

Copenhagen Flames vs. Ninjas in Pyjamas

Two teams in dramatically different situations faced off in the final match of the Legends Stage. Ninjas in Pyjamas were a tournament favorite fighting for their survival. Copenhagen Flames were an unheralded squad surprising everyone and looking to continue their miraculous tournament run. The winner advanced to the playoffs, and the loser suffered a devastating exit. The match was the most riveting of the Champions Stage, complete with an overtime finish.

The top eight teams qualified for the Champions Stage, while eight more teams were eliminated from the tournament. The final eight squads will compete in a single-elimination bracket for the title. Take a look at the full standings following the Legends Stage below.

The Champions Stage will kick off Thursday, November 4th. As an early preview, here are the matchups for the quarterfinals:

G2 Esports vs. Ninjas in Pyjamas