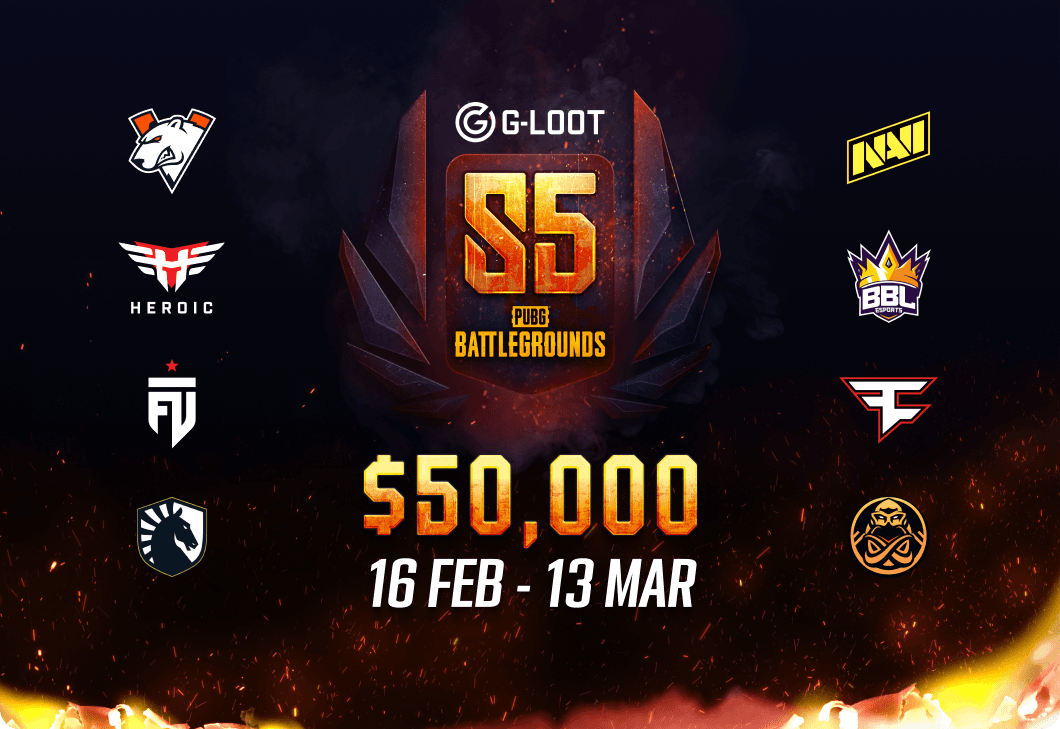 Yesterday, PUBG Europe announced they are partnering with eight top esports organizations ahead of the 2022 competitive season.

“By joining forces with these teams, we’re excited to bring more entertaining content to fans’ social feeds, and even more explosive action to the Battlegrounds!” PUBG Europe said in their announcement.

As PUBG Europe partners, these teams will be invited to play in the finals of G-Loot Season 5. With 5 of these orgs ranked in the top 10 PUBG teams in the world, you know it’s going to be a nail-biter of a tournament.

But of course, G-Loot tournaments aren’t just about big names. The real excitement comes from the underdogs. The unknown teams who come in to give the pro players a run for their money and surprise us all with their success.

With spaces open in the qualifiers, your team still has a shot at the $50,000 prize pool. So make sure you take your chance and register today!