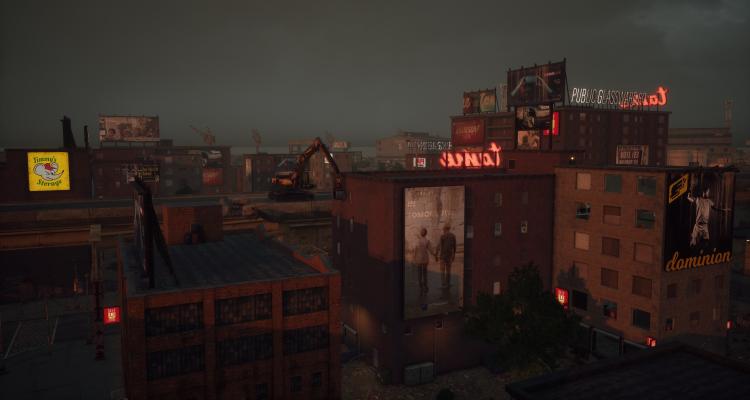 Haven is a 1x1 map, meaning it's the smallest in the game. As such, it can only accommodate up to 32 players in solo and duo queues. The map has a dense urban setting, with tall buildings and narrow alleyways. This makes for an intense close-quarter battlefield that will truly test your mettle as a PUBG player.

Love it or hate it, Haven is a map that finds itself in rotation from time to time. Here are all the important things you need to know to get the win.

PUBG rewards good shooting and strategic thinking, but one component of the game is much more critical: landing. How you land on Haven can spell the difference between Chicken Dinner and taking a bullet to the head. In this map, in particular, it's not just important to land at a good spot but also to get your boots to the ground as quickly as possible.

Your velocity will need to be adjusted based on the distance to your descent. Face squarely to the horizon to go the furthest. As a side advantage, the faster you go, the quicker you'll move after you open your chute. To achieve this, simply glance down and press W. Hold Shift to accelerate the plunge.

Finally, you can fine-tune your landing precision by swinging with W and gliding with Ctrl.

If you're a battle-hardened PUBG player or you are being carried by some real high rollers, then medium and high-risk drop points are worth the risk. However, if you're still getting your feet wet or generally prefer to play it safe, then going for a low-risk drop point will be your best bet.

Haven is significantly smaller than any other PUBG map, so your options are pretty limited. This means that even though certain areas are lower risk than others, that's only proportionate to the choices other players make, meaning you'll have to be prepared for all possibilities regardless of where you choose to land.

Apart from being PUBG's first-ever 1x1 map, Haven has a few unique features that don't exist in the rest of the available battlegrounds.

For starters, it's a 32-player map, which makes sense given the available real estate. You can play this map solo, but if you want to squad up, you can only go for duos, and that's about it. In many ways, Haven should be treated like a colosseum arena. You'll need to be swift with your looting and skillful with your shooting as the death toll ramps up almost immediately at round start. You'll even find that it's easy to snipe people are they're still in the process of landing.

What's even more unique about Haven are its AI helicopter and trucks. These two work together as the helicopter hovers around looking for player characters. Once it spots one, it will shine its light on them, which then guides the death trucks to their location. Once these nasty vehicles find you, they'll attempt to kill you. What's worse is that, apart from guns, these trucks are also armed with rocket launchers.

Finally, Haven adds a bit of PvE into the mix. Several locations across the map, marked by smoke and symbols on the walls, contain AI enemies led by commanders. Take down these NPCs and their leader, and you'll be rewarded with a key that opens a big box of goodies. Keep in mind that these AI enemies act as a replacement for airdrops and flare guns.

Before we wrap up, we've got some extra tips that'll help you fine-tune your path to victory on Haven:

Ready to put some of these tips to the test? Run G-Loot while you play PUBG to compete in unique competitions, earn rewards, and track your stats.