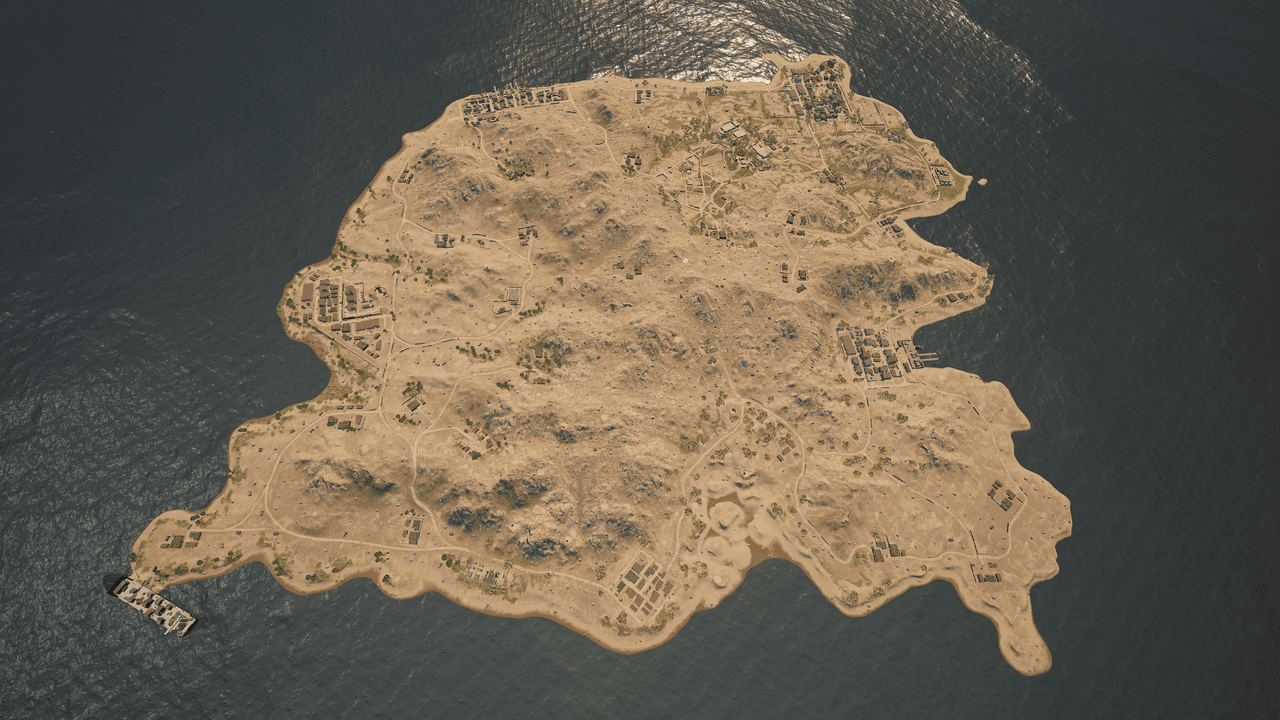 While the Karakin PUBG map is smaller than its predecessors, it still requires you to outlast 63 other players to win. The arid deserts and sandy dunes may not seem like much. In reality, they have more going on than you might believe.

Whether you're an experienced PUBG player or a rookie who's just getting started, you'll benefit from learning the greatest Karakin tips and tricks.

What matters more than your shooting and strategic insight in PUBG is your ability to land. The way you land on Karakin can spell the difference between getting off to a fast start and taking a bullet to the head before the storm has even begun to close in.

The first thing to notice is the map's depiction of distance. A kilometer is equal to one square of the grid. This will allow you to judge your distance. Wait until the plane's wing is wholly aligned with your drop zone of choice.

If the drop site is far away, you may have to alter your drop velocity. Face the horizon, and you'll go the farthest. Any other location will cause you to lose speed or accelerate your descent. On top of that, your parachuting speed will increase when you open your chute. Simply glance down and then press W to perform this. SHIFT can also be used to speed things up if necessary.

Swinging your character with W and gliding by holding down CTRL can also help improve your landing precision.

To put your newfound landing skills to good use, you'll need to put them to practice. If you're like most people, your first instinct is to head straight for Karakin's most desirable drop places. This idea has some appeal, but there's more to choosing a drop zone than just loot.

Anyone with half a brain can figure out where the most gear spawns; therefore, these areas are extremely hazardous. First and foremost, PUBG is a game of survival. As soon as you enter a high-intensity battleground, your chances of becoming a spectator skyrocket.

You should assess the risks and rewards of several drop locations before making a final decision. Here are the key questions to ask:

If you're sure of your abilities—and those of your team—going for a medium or high-risk drop zone can get you a sizable arsenal. For those who prefer the "slow and steady" path, there's no guilt in settling for a low-risk place to land. Here are the best Karakin drop locations by risk level.

You're new to the map and find yourself hunting for an opponent who seems to have disappeared. There's a good chance they've hidden themselves away underground in the smugglers' tunnels. While the tunnels are hardly a secret these days, new players often miss them.

To access the tunnels, you'll need to find the silos or "bunkers." Bunkers come in 2 kinds, with flags, and without flags. You can pretty much ignore the ones without flags except as a handy hiding place in an emergency. The bunkers with flags are your gateways to the tunnels. Use a sticky bomb to blow up the floor and make your way underground.

There are several different layouts for tunnels: 1-way, 2-way, and 3-way depending on how many corridors they have. The bigger the tunnel, the higher the likelihood of good loot. Some of the tunnels also contain their own destructible walls, so keep your eyes open.

Other tunnels aren't connected to bunkers. Head to the large buildings west of Al Habar and destroy the walls to find secret destructible floors and a hidden cache of loot.

Speaking of loot, there are some other secret spots in Karakin where you'll need to use your sticky bombs to take down some walls to grab gear. You can find the areas marked on the map below. Just remember that these areas aren't a secret anymore. If your enemies haven't already looted them, they are bound to catch up with you. So watch your back.

Another unique feature of Karakin is the Black Zone. This random hazard destroys buildings caught inside it. That means you can't rely on using the same tactics every match as the buildings you might rely on could be smoking craters when you arrive.

When an area is about to be destroyed, you'll hear a siren and a purple circle will appear on the map. If you're in that area, move fast!

Before we wrap up, we've got some extra tips that'll help you fine-tune your path to victory:

Want more ways to improve your PUBG skills? Sign up for G-Loot to find new ways to compete and track your stats.