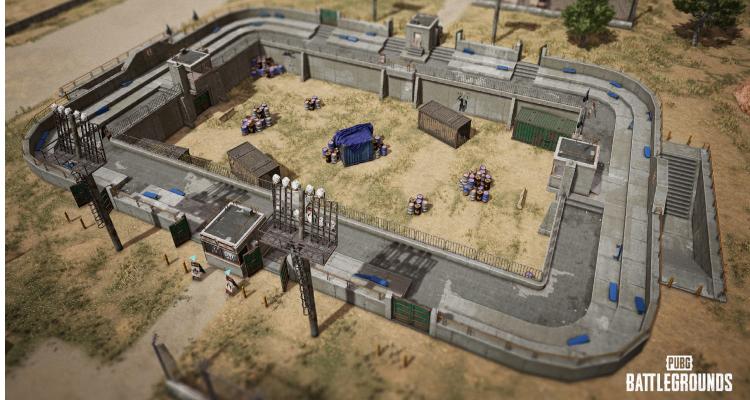 PUBG's new 1v1 arena is the perfect excuse to get good

PUBG's training mode has been getting a lot of love in recent weeks. The new 1v1 Arena drops on May 11, and when it does, you'll have no excuse not to practice.

PUBG is a great game to watch. The combination of strategy, tactics, survival, and gunplay gives the game a lot of variety. Watching high-level players can give you a lot of inspiration for how and when to approach different locations, how to coordinate with your teammates, and so on. But if you're anything like me, when you're watching tournaments, streams, or compilations, one thought keeps popping into your head.

Of course, we all know why. The best way to improve is to train often and with focus. But when you're playing with your friends, it's so easy to just get into the flow of having fun and enjoying the banter. Before you know it, the night's over, and you haven't practiced what you wanted.

Training Mode is here to help. If you haven't explored the area yet, you're missing out. Here you can access a bunch of useful practice tools to help you in everything from recoil control to recognizing weapons sounds.

And now we have the 1v1 Arena. To get started, interact with the signs around the ticket booth near the arena. You can choose either to play or just to spectate. If you choose to play, you'll be added to the 1v1 matching pool. Once you have an opponent, you'll have 5 seconds until you're placed into the arena.

In the arena, you'll play 3 rounds against your opponent. First to 2 wins, wins. Simple. These matches are very short—only 60 seconds—which is great because you can get a lot of training in against a bunch of different opponents.

In the arena, you'll have limited access to equipment. You'll get a level 3 vest, helmet, and backpack but no heal items or tactical gear. You'll also get a primary and secondary weapon, and these will be whatever you're holding when you enter the arena. You'll also have 2 stacks of ammo for each weapon. If you don't have any weapons (or only melee or throwable weapons), you'll get default weapons which are

As a spectator, you'll be entered into the designated spectator area after 5 seconds. This can happen at any time, even if there is not a match in progress. If there is an ongoing match, you'll get a display giving you details of the round in progress.

Now, obviously, you can't carry weapons or equipment into the spectator zone with you. That would be silly… Which is why PUBG has given us apples to throw instead. Yes, it looks like you'll be able to hurl apples into the arena to cause a little mayhem and add some excitement to your friends' matches. If the match isn't as interesting as you'd hoped, you can leave at any time by pressing the B key.

It sounds like a lot of fun, but there's a serious side to this too. As a new or less-skilled player, learning to actually defeat nearby opponents can take a long time. You might have really nailed your looting, driving, sniping, and navigation, but when the circle gets small enough, you're doomed. Playing through those first 15 minutes over and over without really feeling any improvement gets pretty old. With the 1v1 Arena, you should get plenty of opportunities to refine your skills and work on your reflexes. Make sure you're switching up your weapons regularly before entering the arena so you know how to handle a wide range of tools.

If you're looking for more ways to improve your skills, make sure you join G-Loot. With Missions to complete every day, weekly leaderboards to climb, and rewards to earn, you'll have plenty of motivation to keep practicing.