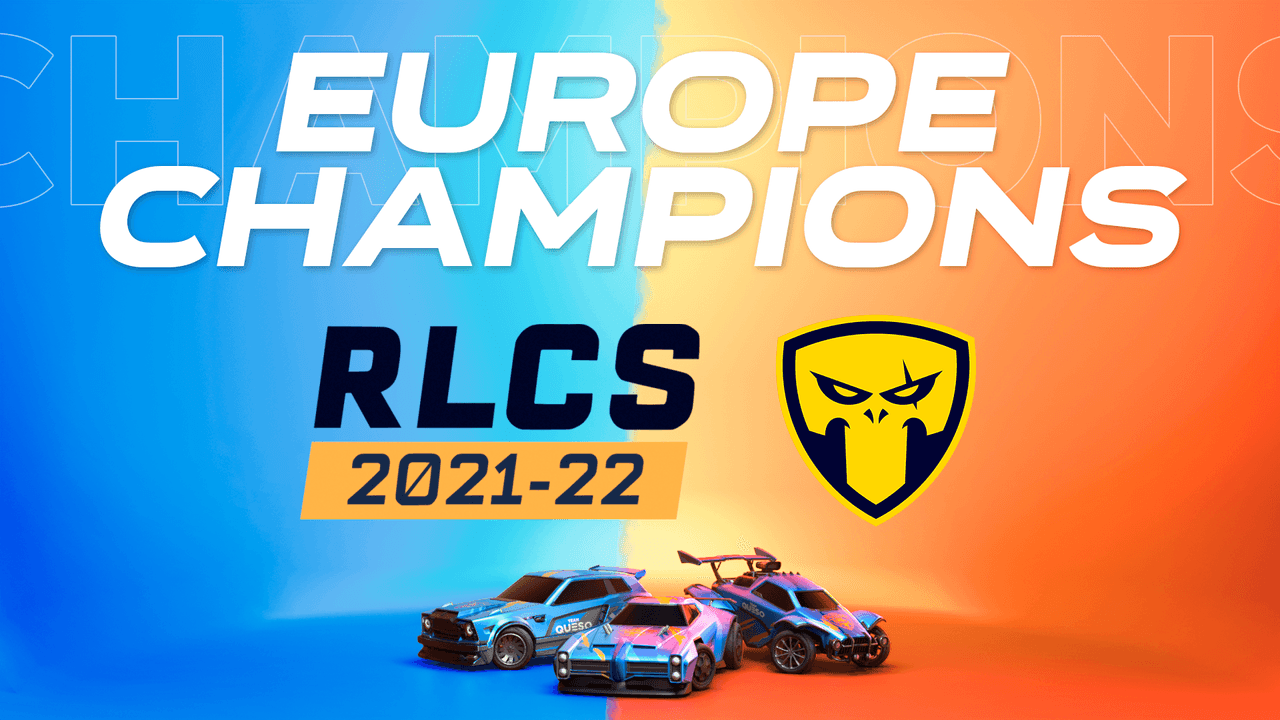 Team Queso’s first-place finish at the Apollo Regional had it all: highlight-reel plays, plenty of overtimes, and upsets against Dignitas and the reigning Major champions in BDS.

Queso flashed potential in the Fall Split, and was lauded as a potential breakout team for the Winter Split. A young roster with flashy mechanics, it was easy to see them moving up a tier this split. No one expected it to come so soon and in such convincing fashion.

The group stage set the standard for Team Queso for the rest of the tournament. They topped Group B, including a convincing 3-1 victory over Dignitas, one of the chief contenders in the European region. First place in the group meant an instant seeding into the Upper Semi-Finals again Williams Resolve.

If Team Queso was a team to watch for the rest of the season, so was Williams Resolve. Both teams seemed close to breaking into the top tier of teams, and this match was a testament to both. It took Game 7 overtime for Queso to pull off the victory, but it was a revealing series even if it lacked the dominance Queso would showcase later. All three players are talented in their mechanics, but their defense deserves attention from this series. There were very few errors that Wiliams Resolve could easily punish. Team Queso were organized and set themselves up to withstand pressure for extended periods of time with efficient boost management. As would be the case throughout the rest of their first-place run, Team Queso used this to initiate deadly counter attacks frequently.

Axel “Vatira” Touret was rightly applauded after a spectacular performance through the entire weekend, and he was the one who sealed the victory with a Game 7 double tap in overtime. He had a 77% goal participation rate throughout the series. Again, all three players on this roster are talented, but Vatira displayed his ability to be the focal point of a team’s attack.

The testy, seven-game series was the most challenging playoff series for Queso- an odd statement, given they played Team BDS and Dignitas next. Stockholm Major winners BDS looked flat, and Team Queso exploited every mistake. Team Queso stifled the dangerous BDS’ offense, limiting them to two goals through the entire series. The first two games went to overtime, but the final goal tally was seven in Queso’s favor to only two for BDS. Joe “Joyo” Young sealed Game 2 overtime with a clever air dribble into a bump on the goal line.

Team Queso never let BDS take a hold of midfield, forcing BDS into uncomfortable plays. They displayed a great awareness for when to tick up the pace of play and get aggressive. In Game 2, Vatira scored the equalizer when Finlay “rise.” Ferguson recognized a counter-attack was about to start. Rise. sped downfield, targeting the last player back to open up an easy shot for Vatira. It would be a common theme in Queso’s run.

Caster and analyst Isaac “Turtle” App discussed the performance in the post-game segment, saying, “They destroyed BDS in every side and every aspect of the game. The defense, the pre-jumps, the boost starvation was there, the striking, the demos that we are seeing now. It’s all connecting for Team Queso, and because of that, they look like the best team so far.”

This holistic playstyle is a promising sign for Team Queso moving forward. The team’s development has been impressive and they are still far away from their peak level. When asked about what makes them different, rise. said, “I think we just don’t really care and we just go for the ball whenever. We just play the same playstyle and it kind of works out.”

This aggression is a big part of their success, but they do it with poise. They rarely leave their teammates exposed at the back, contributing to their overall control of the game. But they were still one series away from a trophy.

Dignitas had just finished an astounding run through the lower bracket as they racked up five series in a row, including three sweeps against Karmine Corp, Williams Resolve, and Team BDS. Throw in another big win over Endpoint, and Dignitas were showing once again why they are one of the best in Europe.

Showcasing plenty of aggression, Dignitas totaled 74 demolitions in their final three series. This opened the field of play for their offense- dangerous, mechanical players given free space… It did not go well for their opponents. Along with this killer instinct, their defense was in fine form. They limited Williams Resolve to three goals throughout the series, but that was not even their most impressive performance. Against BDS- the reigning Major champions- Dignitas posted a clean sheet through the entire series. It had never happened before. In a best-of-seven, Dignitas had just crushed the best team in the world with a stunning 14-0 goal difference.

Team Queso were in for it, right? Well, not so fast. They opened the scoring against Dignitas in the Grand Final with a sensational counterattack. It was not a blistering counterattack, but a mechanically stunning play by Joyo to set up a nice shot for Vatira. On his teammate’s clear, Joyo set himself up for a flip reset into a Musty flick off the backboard, causing hesitation in Dignitas’ defense. Watch on Twitch

Queso started the series as well as they could wish for, jumping to a two-game lead due to their seven goals while limiting Dignitas to a single score. Joyo’s double demo in Game 1, Vatira’s midfield dunk, and rise.’s perfectly timed pass to Joyo to open Game 4. Team Queso were scoring in every possible way, taking a commanding lead early on.

Team Queso’s ability to remain calm under pressure was so crucial to their win, and their tournament as a whole. Vatira, especially, displays this ability to slow play when needed and use tight ball control to initiate counterattacks and create plays from difficult situations. They rarely gave the ball away for free.

But the series was still far from over, and Dignitas won Game 3 in overtime to keep it close for the moment. Dignitas pulled off two successful counters of their own, a tactic that served them well through their lower bracket run. However, with less than 90 seconds remaining, Team Queso equalized with a fantastic pass play and an open net shot from deep in their own half. The game entered overtime, and after three and a half minute stalemate, Joris “Joreuz” Robben hit a simple shot from the side wall, but the goal was left empty after Jack “ApparentlyJack” Benton demo’d the goalkeeper. For the time being, Dignitas still had a flicker of hope.

That flame was quickly extinguished as Joyo punished a poor ball from Kyle “Scrub Killa” Robertson, a loose touch floating in front of the Dignitas net. It was another example of Team Queso’s ability to punish opponent’s mistakes. They were never afraid to dart in and out of the offensive third in an aggressive manner to take an advantage. Up 1-0 in Game 4, Queso were on the counterattack again when rise. pushed upfield to demo the goalkeeper, once again giving Vatira an open net opportunity.

While Team Queso continued to drain Dignitas with creative, aggressive plays, their defense stood strong. After Joreuz’s overtime winner, Dignitas would only score a single goal in the next two games.

In Game 7, Joyo took it upon himself to take the early lead. With a solo play in the offensive corner, he sniped a tight angle shot right under the bar only thirteen seconds into the game. Dignitas quickly equalized. The clock ticked down, and with four seconds left, Joyo hit a perfect pass off the backboard with Vatira smashing home the series winner- the Grand Finals winner.

The promising signs the team displayed in the Fall Split had come to fruition. Only one tournament into Winter, Team Queso have jumped in front and certainly look on pace to be in the mix for the next Major. But there is still a lot of hard work until then. It took hard work to even put themselves in this situation, the first team to ever win a Regional after going through Open Qualifiers.

Team Queso’s coach, Nicholas “Nick” Marrone joined the analyst desk for the post-game segment to discuss that work ethic: “We have been so committed to this roster since day one. All the guys have turned down crazy tryouts, including the Dignitas spot, from the season start. Endpoint, all these teams, we have worked the hardest. We knew this would become successful if we worked, and we have, and obviously it’s paid out for us, which is crazy.”

These breakout victories still feel so special and unique after BDS’ dominance over the past two seasons. But Team Queso showed they are the real deal. If Team Queso continue to put in that work and develop their already exciting level of play, there is a good chance we will see Team Queso in these matches again. As their coach, Nick said, “We’ll see you at the Major.”