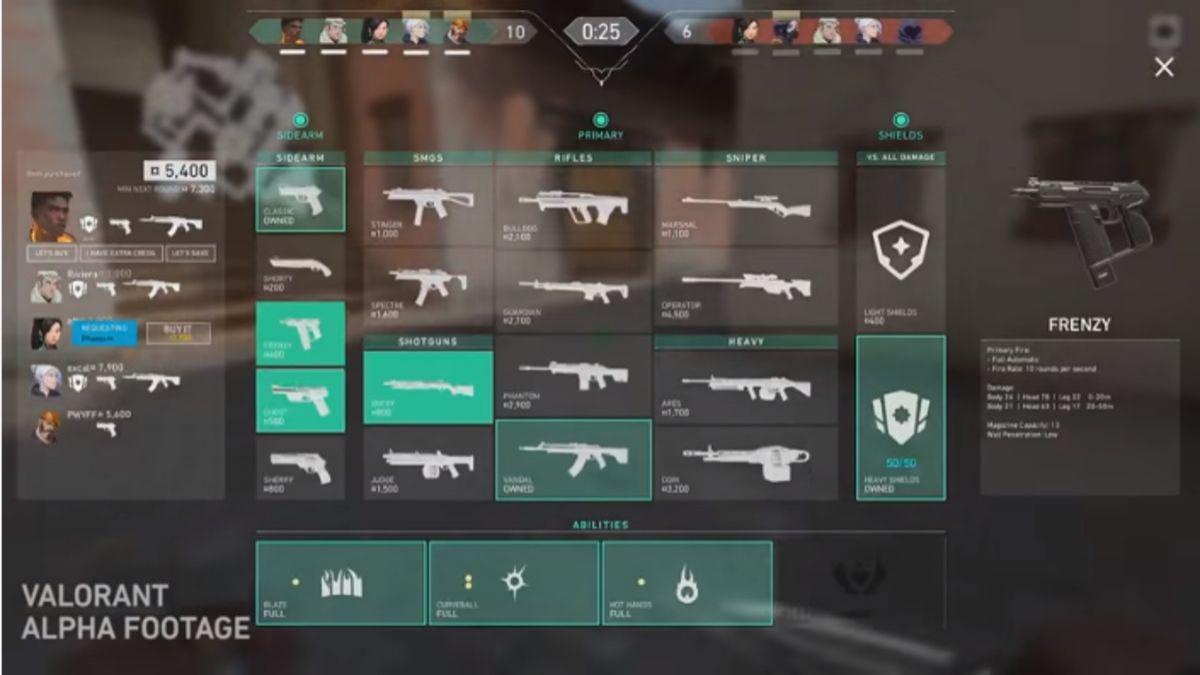 The best 3 weapons in Valorant

Whether you’re a complete Valorant noob looking for the basics or a diehard fan looking for a refresher, we’ve got you covered.

A good pistol can be a force to be reckoned with. A sturdy and inexpensive go-to for any player at any level. Equipped with a silencer for stealth and improved accuracy, this semi-automatic sidearm pistol will be many players’ best friend. Such a small weapon with the potential to one-shot your enemies, we think so, yes, please.

The Ghost also benefits from a low damage drop-off. It’s all-around a great alternative for many Rifles and SMGs. And, yes, I will die on the hill of defending this gun from any slander. If you want an impeccable backup weapon, give the Ghost a try. Its above-average accuracy, great damage, and shot consistency keeps it dependable in any situation.

This fully automatic rifle will definitely be a lot of people’s go-to gun. In comparison to its fellow automatic rifle, the Vandal, the Phantom has a higher firing rate (11 rounds/sec, 660 RPM) and bigger magazine. It also has better accuracy with that first key bullet. However, The Vandal does more damage per bullet.

A key feature of the Phantom—and a major reason as to why it’s held in such high regard by fans—is its sweet silencer and ability to conceal your shots, really making it harder for enemies to pinpoint your location. Additionally, it benefits from an above-average accuracy, low spread (drop-off rate of 18%), and a high rate of fire. These all make the Phantom extremely good at ambushing as it only takes one shot to the head at closer ranges. Pulling back a bit will give you 6 shots to the legs, 5 to the body, and 2 to the head, which is still pretty good.

Here’s a fun did-you-know: the Phantom has three in-game depictions. The killfeed icon is an illustration of an entirely different weapon, the buy menu outline shows a gun similar to the Phantom but without its suppressor. Then, of course, there’s the actual gun you use. If it really is. If any of this truly is….

At the end of the day, if you’re not a fan of the Phantom, you can always try out it’s inferior sibling, the Vandal, which has the benefit of consistent damage output and one-shot headshots at all ranges, but is otherwise the lesser option -in our humble (and correct) opinion.

Or the OPR47R as the default skin reads is objectively the greatest weapon in the game. Capable of one-shotting with the highest damage per bullet in the whole game. It is the only weapon that can kill with a shot to the body (not even just the head) at any range due to its lack of damage dropoff. Makes sense, being a sniper and all.

Though the most expensive weapon in the game—coming in at 4700—this is actually a reduction from the latest update, bringing it down from 5000 but not quite as low as it was previously (4500).

The scope has a dual zoom mode: a 5x for those precision shots and a 2.5x for scoping out your next victim at a wider range.

You’d think from the heavy appearance, the Operator would get in the way of your speed but no, the Bucky and the Judge remain the slowest weapons to run with.

There has got to be a catch though, right? Well, other than the cost, The Operator has a notable low fire rate, meaning if you don’t get that one shot in just right, your enemy has time to scat or even retaliate. It also has the longest equip time in the game of 1.5 seconds. That’s a long time to remain vulnerable.

So if you’ve got the credits to spend and are looking to really own some opponent, get sniping and give the operator a try!

Do you agree? Think the Ghost should have been higher? Me too. Shoot us some feedback on our socials @glootesports and maybe change my mind.