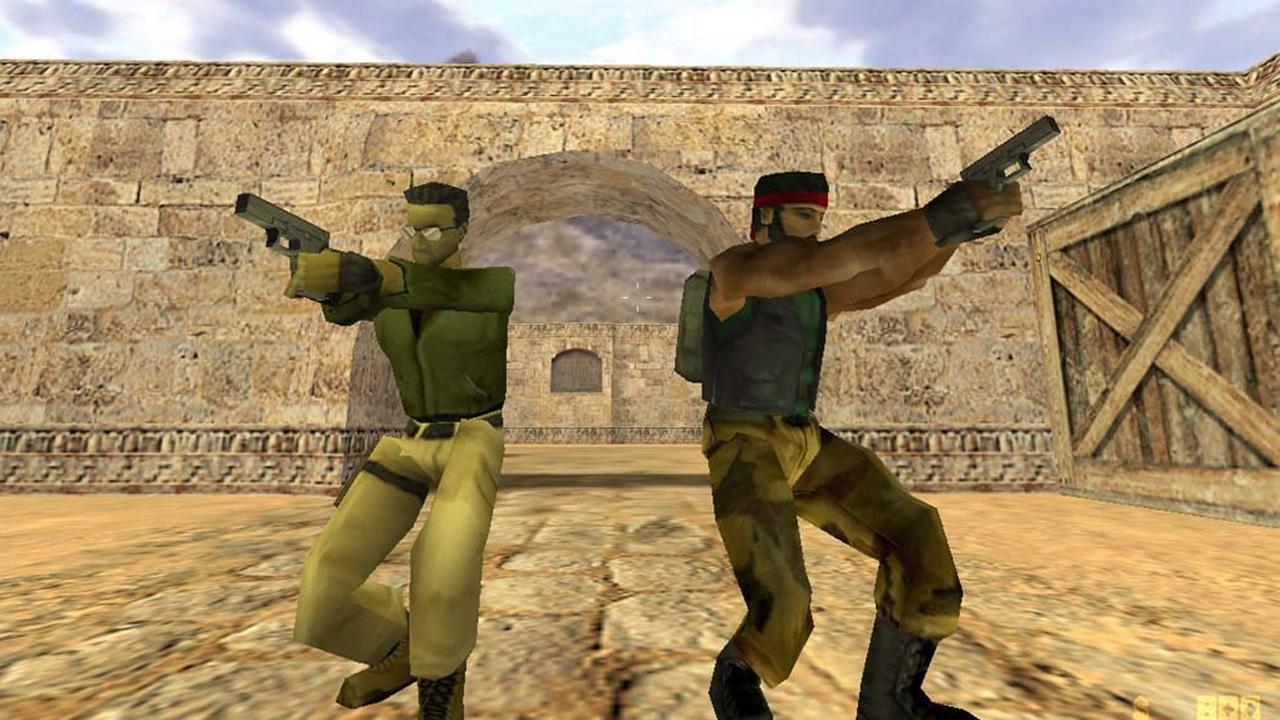 The history of Counter Strike

When I was young, Counter Strike was a Mod. Here's how I saw it grow into what we see today.

I was a teenager and people started talking about this game. This was before the internet was a thing. When mp3 was a commodity and warez was a must if you were to be seen as cool. We played cracked and illegally downloaded games. Social media was yet to be invented. But then came Counter Strike. Back then it wasn’t a game, but a mod to a game called Half-Life. I grew up on home copied Amiga games as others played NES and SEGA. So I wasn’t new to computers, but I wasn’t a gamer either. Not looking back at least. I played, but not that much. I never yearned for the challenge and I wasn’t that good. But I liked the concept of playing. It would be much later, upon my being gifted a Playstation 1 and us buying our very first 56k modem at a Swedish (now bankrupt) electronics chain, that my gaming life would truly begin.

In the midst of that mix of Torrents, CD-Rs with, once again, copied games and 3D graphics we felt blew our minds, I discovered Counter Strike.

You had to own Half-Life to be able to play it. So I bought it, installed it, downloaded the mod that was Counter Strike, and realized two things: my computer wasn’t fast enough, and nor was I. Basically, I sucked.

Instead, I lived vicariously through the tales heard in the school corridors of those with graphics cards capable of mustering up the force needed to run the game. How they ‘quickscoped’, ‘camped’ and other foreign words I’ve never heard before.

But I didn’t give up. I sat there, trying out servers, hoping to lower my ping. Sometimes I managed to get a good session in. But most often not. Instead, I did what many did back then: I installed new sound bytes. I could now press a button and my character would say: “Ich habe angst” - meaning, “I’m having anxiety”. That’s it.

So the years passed by, and it was time to flee the nest. The first year without my own computer, that just ran past me and I didn’t spend a second thinking about Counter Strike. Then came the next year and for the first time in my life, I got fiber. Hardcore, cable provided and ever-connected internet, directly into the flat that me and my friend shared. He had a powerful enough computer, so Counter Strike was back on the table. We played. Or rather he played, with me getting some minutes in here and there. He always wanted to play his favorite maps (which was more or less every map). So I had to promise that, if he let me play while he made himself a sandwich, I would shout out which map that was up next. Then, 9 out of 10 times he would come running, claiming back the mouse and keyboard, and all I could do was watch. As, after all, they did belong to him.

But my Counter Strike journey has ended. In some way, it ended in that apartment. Partly because I never got a better computer, and also because I realized that I was truly more of a console player, getting lost in the world of Hyrule after getting myself a Gamecube. It was less hassle, and I had grown tired of cracking, finding serial numbers, keys, and the right .exe file to make a game run.

But that came later. After a certain weekend. A weekend when my friend had to go home to his folks. So he said to me: “now you can play”, which I did. More or less 48 hours straight, with the sun being blocked by a large quilt we’d put up the day we moved in. Aztec was my favorite, both Dust maps that were classics, 747 that was so rare, Assault, even Italy. I didn’t know what I was doing. I managed to quick-scope once by accident but knew that the one I killed didn’t know that and was maybe either enraged or impressed. I found the homage to Justin DeJong and I barely ate as someone had to defuse that bomb or plant it.

Come Sunday evening when my friend returned I was done. Was the game really that much fun? My insatiable appetite had been stilled to a certain extent, after years of longing for something unattainable. But once I reached Eldorado I felt done. Not just as I lacked the skills. But maybe because of the repetitiveness: buy, kill, reload, die, repeat. Or maybe I needed something else at that moment. I never really returned to Counter Strike and, after a while it wasn’t a mod anymore, or even just “Counter Strike”. It became CS:GO. It became an esport. Many, many years later I sat at Dreamhack watching the finals between Sweden and Brazil. I hadn’t really invested any time in esports, but a friend dragged me along. Headshots and cheering ran as a parallel tsunami that couldn’t be stopped, and of course, those on stage were something I wasn’t: masters. But after that weekend in that apartment in a town in Sweden, Counter Strike had become a feast for the masses. And I sat there, feeling the thrill through others.