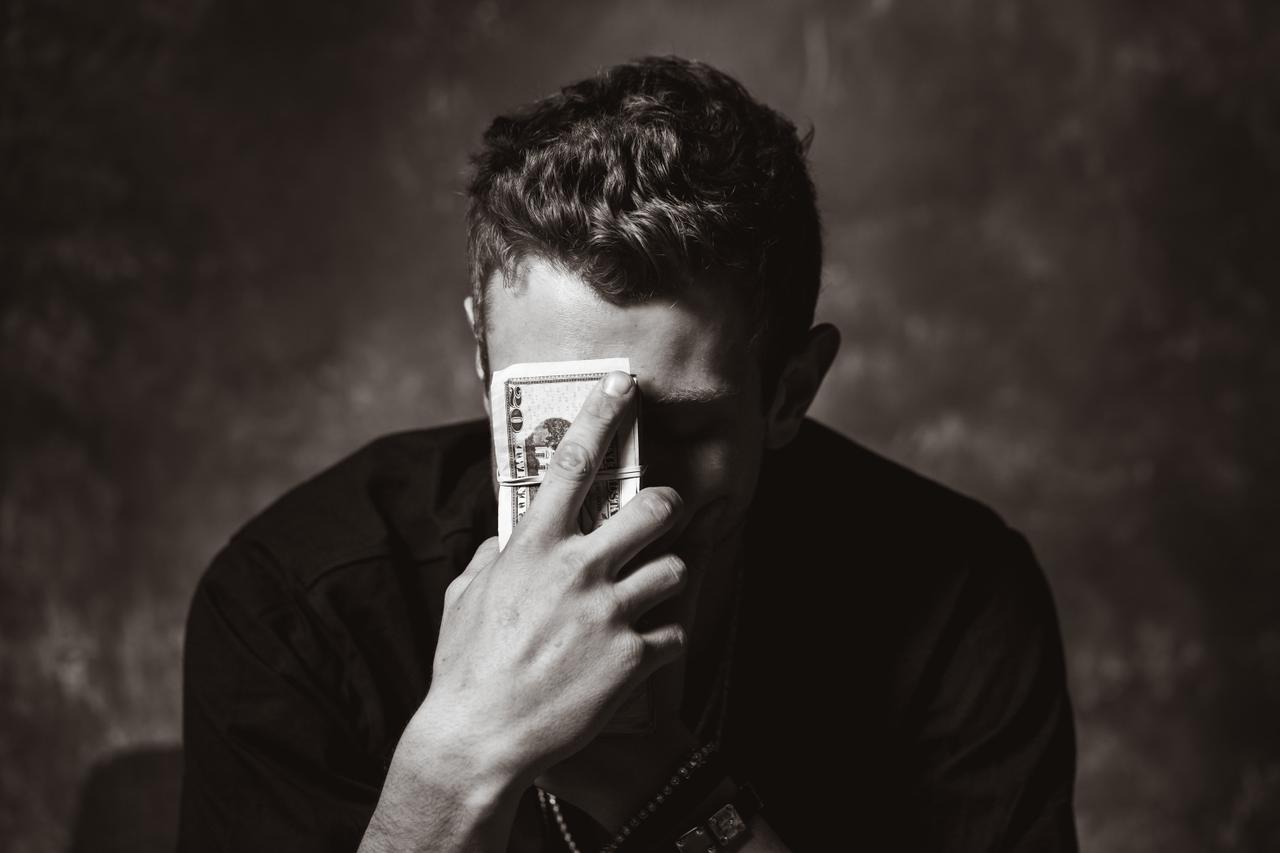 2020 was an unconventional time for esports. Although many major esports tournaments were canceled or postponed—some sources estimate an 80% decrease in esports prize money compared to 2019—others still took place, either in a reduced capacity or online. So who were the top earners in 2020?

Some people think that if their opponent plays a beautiful game, it's okay to lose. I don't. You have to be merciless.

When you think of competitive chess, you might imagine a certain kind of older gentleman sitting in silent thought for hours at a time before making a single move. If that’s the case, it’s time to get into the 21st century, and checking out this Norwegian chess champ is a great place to start.

The 30-year-old has been World Chess Champion since 2013 and in 2014 became the first player to hold the titles of World Chess Champion, World Rapid Champion, and World Blitz Champion simultaneously. He’s also known for his online antics. Playing under names such as “DamnSaltyThatSport,” “DrDrunkenstein” and “manwithavan” (under which name he played and won, several games using the touch screen on his phone while in a minivan),

Carlsen famously showboats or trolls his opponents with unusual tactics, before taking the victory. This doesn’t mean he takes chess lightly, he believes that it’s important to play to win. In 2020, he made $510,587 playing Chess24, making him the highest-earning esports player of the year.

To win playoffs and champs back-to-back...it meant a lot not only to me but to my legacy. At this point in my career, that’s what I play for. Legacy.

Narrowly beating out his 4 teammates from Dallas Empire, veteran player Clayster was 2020’s highest earner for Call of Duty and the second highest across the board.

Now one of the most recognizable and successful players in the game, Clayster originally created a team with his friends. Having prestiged in Call of Duty 4, they were looking for a new challenge and started participating in online tournaments. Soon, Clayster’s skill and ambition outpaced his friends, and he went looking for a team that could challenge him. In 2020 he—along with his teammate Crimsix—become one of the first Call of Duty players to have earned over $1 million.

Call of Duty’s winningest player of all time, 27-year-old Ian Porter has thirty-seven major tournament wins under his belt. He started as a professional Halo: Reach player back in 2008 before making the move to Call of Duty: Black Ops 2 in 2012. Together with compLexity Gaming, he placed fourth in the MLG Winter Championship 2013, making him the first player to be professional in both Halo and Call of Duty. As of 2019, he’s played for Dallas Empire.

This young player has been a big name in the scene for a while despite only being professional for a little over 1 year. At the age of 14, he was already making a name for himself in online tournaments. He even attracted attention from pro players, but strict rules from Activitision prevent anyone under the age of 18 from competing professionally. This gave iLLeY several years of competing in amateur tournaments to hone his skills, resulting in a dramatic entrance for the rookie. By September 2020, less than a year after joining Dallas Empire, he’d already secured his Call of Duty League Championship ring, becoming only the second non-American to do so.

...every movement that I make isn’t a dumb move, like I’m always thinking about where I’m gonna go next to open the map for my teammates.

Another successful rookie for Dallas Empire, Shotzzy was a surprise pick for a lot of people. His lack of experience in professional Call of Duty led to a lot of criticism, criticism that conveniently ignored the fact that Cuevas-Castro was already a world champion in Halo by the time he was 16. Of course, the young player turned it around, being named MVP of the 2020 Call of Duty League.

Shotzzy is known (in both Call of Duty and Halo) for his movement, a talent that is supported and nurtured by his teammates. His brother puts it down to his dedication and grinding: “He’s always trying to find a way to get better… I’d walk into his room sometimes and he’s just in a custom game by himself jumping around the map. Like, who does that?”

It wasn’t a good feeling, playing 16 hours a day and feeling like your teammates weren’t giving you at least a little bit...I wanted to be on a team where everyone wanted to be there every day.

Though he comes in as the lowest earner of the Dallas Empire team, Huke is arguably the one who made it all happen: bringing the young players, Shotzzy and iLLeY into the team.

Huke, himself, got into Call of Duty tournaments at a young age. He was almost unknown when he entered the Advanced Warfare season but managed to end it with 4 second-place finishes. He was on his way to becoming a champion when the rules were changed, meaning he was too young to play professionally. Instead, he spent 2 years playing Halo, where he also proved himself, consistently placing in the top 4. Finally, at 18, he was able to return to Call of Duty and eventually earned his championship.

You really need [other hobbies] as a player, because there are going to be very bad periods where you don’t do well. If you don’t have any outlets, you kind of lose it when you have bad events, and it’s very easy to get angry and be like, "I’m going to quit tomorrow. Enough is enough."

Another Chess24 player made it into this year’s top earners list: Hikaru Nakamura. Hikaru is a real-life, classic, story-book chess prodigy: from the age of 7, he was coached by a chess master and author, who would later become his stepfather. At just 10 years old, he became the youngest player to beat an International Master as well as the youngest player to earn the title of chess master from the United States Chess Federation. At 15 he became the youngest American to earn the title of Grandmaster.

Hikaru began streaming on Twitch in 2018 and his channel ranges from reviews of tournaments to playing speedgames against grandmasters, to taking on players while blindfolded. Like DrNykterstein, he often begins games with joke openings and is known for his ability to play high-level chess while also chatting with his viewers. In 2020, Hikaru signed with esports organization, Team SoloMid.

I don't think I'm very good at keeping [my] cool when lights are on...My advice would be to not think about it - play to win the game, not to impress the viewers.

The first South American player ever to be entered into the Magic The Gathering Hall of Fame, PVDDR is a passionate and highly experienced player. In fact, though he went pro in 2006, the Brazilian player actually got his start 10 years earlier.

While his professional career has been marked by several down periods—including a brief spell when he considered giving the game up entirely—he has also reached extreme heights, such as being voted into the Hall of Fame with over 85% of the votes. And he doesn’t seem to be slowing down yet. His latest achievement came in 2020 when he became a World Champion for the first time, a feat which he credits in part to the support of his wife and family who he says help him balance his health and his desire to work harder.

Another Call of Duty player in the Top 10: Atlanta’s secret weapon, Cellium, blew minds in 2020 and was a real threat to Shotzzy’s MVP title. There had been a lot of hype for the new FaZe lineup thanks to the “Tiny Terror” duo: aBeZy and Simp, but it was this lesser-known player who dominated the competition. He even set the S&D kill record with an unbelievable 18 kill game. As the flex player, he fills the gaps in his team and has shown himself to be one of the most extraordinary and flexible games in the league.

Back in March of 2020, Simp was already being hailed as one of the greatest Call of Duty players, and his position in the Top 10 earners is well justified.

Even as a rookie, Simp was known for his composure; performing more like a veteran player than a teenager at the beginning of his career. In 2019, within months of his 18th birthday, Simp was smashing tournaments; become champion and MVP of both CWL Playoffs and the Call of Duty World Championships, and in 2020, he went on to break multiple kill records. While he may have come 10th on the list this year, we won’t be surprised to see him climbing the ranks in 2021.