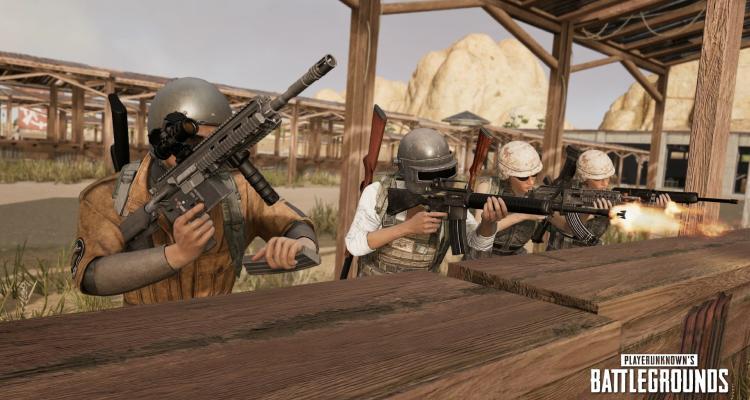 Like every battle royale game worth its salt, PUBG offers a smorgasbord of weapons to help you reach your goal of achieving Chicken Dinner. Beyond the tools of destruction themselves, there are also several items that allow you to modify weapons to make them more effective.

If all of these different options have been throwing you for a loop as a budding PUBG enthusiast, you might be missing out on some of the basics.

There's a total of nine weapon types in PUBG when including melee and grenades. For this list, we'll be focusing on the seven categories of guns. Each of these has its advantages and disadvantages. Because of the nature of the game, it's crucial to get used to using most types of guns, as coming by decent weapons can be tough, especially during early game stages.

When a new weapon drops, like the ACE32, it's worth taking time to learn its recoil. Image source: Krafton

When it comes to recoil, PUBG is quite unique when compared to other shooters like Valorant and CS:GO. Without any attachments, the amount of recoil your weapons generate depends on your positioning. Your weapons will recoil a lot more when standing, whereas in a crouching position, it will be greatly reduced. To get the most significant amount of recoil reduction, you need to be in a prone position.

What truly separates PUBG from the rest is its weapon recoil deviation. In most FPS games, weapons will typically recoil in the same pattern. PUBG goes against this convention by having varied recoil patterns for all weapons. This makes the choice of attachments a significant one.

Now, let's take a look at the various attachments you can add to your weapons in PUBG. Knowing how each of these addons affects your recoil and effectiveness is key to winning firefights in this game.

There are three types of magazines for each weapon:

One fun little pro tip is you can reload slightly faster when you press the button with at least one bullet in your magazine. This makes it so that the reload animation doesn't need to complete in order to register.

Scopes are an essential component of most weapons. They help you land your shots and improve your ability to hit critical points. One feature to keep in mind is that all scopes can have their crosshair color changed. Through keybinds, you can also change the color on the fly so you can adapt to the environment you're aiming at.

Another essential piece of information to remember is that all scopes default to a 100m zeroing distance. What this stat means is how close you need to be to a target in order to hit them at the center of your crosshair. If a target is further away, you need to adjust for height to account for bullet drop-off. Similarly, when closer than 100m, your bullets will land lower than your crosshair.

One other key concept to keep in mind is the zoom of your chosen scope. The more zoomed-in you are on your target, the harder it is to control your recoil. You're essentially trading control for clearer shots.

Finally, you'll also want to account for your weapon's bullet speed. When you're dealing with fast bullets at long ranges, you'll typically want to adjust your aim slightly higher depending on the distance. However, for slower shooting weapons, your vertical aim adjustment will need to be more significant as your bullet's drop-off will be more severe.

Overall, your scope choice will depend primarily on your preference. A lot of players choose scopes like the red dot because it takes up less screen real estate when aiming. Bigger scopes have their advantages, especially if you're running a long-ranged playstyle.

You're going to need to put your skills into practice. Image source: G-Loot

Of course, none of this information is of any use if you don't put it into practice. A great way to turn this new knowledge into valuable skills is to spend some time in Training Mode. Here, you'll be able to spend time testing out a range of weapons at different distances, on static or moving targets, and so on. While it might not seem super exciting, it's a great way to get a feel for how each weapon operates so that, when the time comes, you can rely on muscle memory to land that perfect kill. The PUBG devs have already put a lot of work into improving the Training Mode, and there are even more updates to come, so don't ignore it!

Once you feel like you're ready to test your new skills in the wild, there are still ways you can improve. While you're looting, be conscious of what you're picking up. What is this weapon good for? Could it affect where you want to go next? Is it time to head for high ground to take advantage of this Sniper Rifle's range, or will you keep hunting for something that will let you do close-up damage?

The Lynx AMR is designed to be used against vehicles. Don't waste its firepower on pedestrians. Image source: Krafton

The last step is to set yourself goals to achieve while you play. This kind of focus can help you make sure you're really thinking about what you're doing, not just reacting blindly. G-Loot Missions can be helpful for this. For example, you might want to complete missions that reward dealing a lot of damage or ones that focus on accuracy through headshots. Knowing you're going to get rewarded for your efforts can really help you say motivated.

Good luck with your training. Hopefully we'll see you in the next G-Loot PUBG tournament!