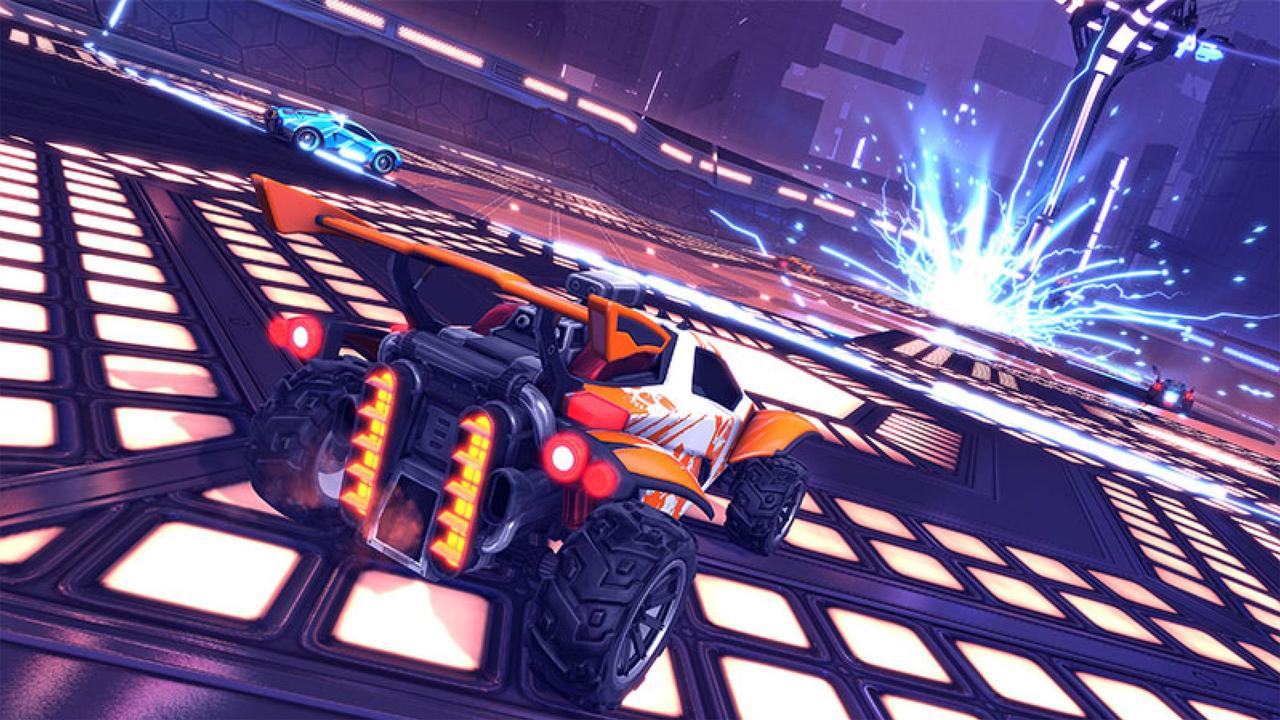 Tournaments can be defined by the players who step up in crucial moments, the players who bring results all on their own. But there are always those who are integral parts of their team who do not receive enough attention.

Several players put up notable performances that deserve extra praise after the Rocket League Championship Series Premier Cup this weekend. Some of these are great players who are simply surrounded by other stars, while others are players on less-heralded teams who showcased the potential they can bring to their squad. Let’s start with the players who caught our eye early in the tournament and move on to the players who helped their team compete until the very end of the competition.

Luminosity Gaming’s new-look squad was defined by the arrival of Sergio Pérez “AtomiK” Cortés, who saw plenty of success in RLCS X with Team Queso. A top-eight finish is a fantastic result for this squad, who easily could have pulled out even more. They upset Endpoint, and nearly beat Dignitas as well, who required three overtime victories to overcome the rising Luminosity.

AtomiK proved to make life very difficult for opponents with his aggressive style. Against teams like Dignitas especially, the underdog team cannot simply give away time and space on the ball. AtomiK was disruptive throughout the series, limiting the speedy Dignitas players and creating awkward, unpredictable moments. He displayed great awareness in closing down the midfield. At times, it even seemed like a ball-chase-centered style that helped limit any discrepancy in mechanics against such a talented team like Dignitas.

Jack “ApparentlyJack” Benton does not deserve to be on this list—he is one of the best players in the region. But with teammate Joris “Joreuz” Robben receiving plenty of attention, ApparentlyJack had several moments that proved he should constantly be regarded as an elite, top-tier player. Despite Dignitas dropping out of the tournament in the Lower Quarter-Finals, ApparentlyJack’s influence on Dignitas’ offense was obvious. He posted a goal participation rate of 72%, the fourth-best in the competition.

His eye-catching technique is as effective as it is enjoyable to watch. His speed in attack is an essential part of Dignitas’attack. He generated nearly four shots a match, evidence of the pressure he can impose on his opponents. He is very dangerous on his own, but his willingness to be a team player is part of what drives Dignitas’ success. He knows when to turn away from the play and when he can press an advantage.

One great example came against Team Queso in Game 2 of the Lower Bracket Quarterfinal. ApparentlyJack was completely out of boost, yet instead of rotating out, he saw Kyle “Scrub Killa” Robertson making a play and decided to swoop in at the far post to finish off the play.

Watch the clip on Twitch Gm 2 ApparentlyJack With No Boost

He puts his teammates in a position to shine too. His precision allows him to set up teammates for fantastic plays, like his Game 5 play in the same series as he played a lovely one-two pass play with Joreuz, hitting his teammate in stride for a close-range finish.

Guild Esports face a long road to be considered a top-tier team, but their breakthrough this past weekend was driven by their newest team member, Cristian “crr” Fernandez. It was largely his offensive output that caught attention. His intelligent positioning put him on the end of most of Guild’s plays, allowing him to frequently find the back of the net. His 0.87 goals per game stat made him the fourth-best of any player in the tournament. One example came against BDS in the Group Stage, where he crashed into the box for the opening goal of Game 1.

He is very crafty on and off the ball. He made runs upfield for passing plays, pulled off slow dribbles and fakes, and was aggressive in turning on the play when sitting in passing lanes. The final two series for Guild were uncomfortable, a Game 5 victory against 00Nation and a Game 7 defeat against Misfits. Some defensive misplays from the squad, like one example where crr got greedy and stayed upfield, allowing a counterattack, cost them. But the potential is there, and crr’s mechanical ability will be a large part of any continued breakout from Guild.

Evil Geniuses’ third-place finish this weekend showcased their development as a team. Despite their attention as a rising team, the individual players deserve some praise on their own. Leonardo Christ “Catalysm” Ramos was especially impressive with his willingness to slow the play and control the ball. His poise when controlling possession allowed Evil Geniuses to develop attacks and effectively transition out of defense without wasting the ball. He was very much the playmaker as Evil Geniuses upset Endpoint.

In Game 3 against BDS in the Upper Bracket Final, he nailed a pass to Ivan “ivn” Sabri for the equalizer as a great touch in the offensive corner allowed him to send a powerful pass to the top of the box where only his teammate could reach it. Despite BDS’ world-class talent, which allowed them to outplay Evil Geniuses throughout the series, this type of slow, controlling style was evident in some of their plays. They still might be a step behind the teams like BDS, but that controlling playstyle can be suffocating when it works.

Against Team Queso in the lower bracket, Catalysm used that ball control to push his team to a Game 7. As Evil Geniuses faced elimination, he displayed his fantastic first touch control as he set up one play with a pass off the backboard and another with a booming shot into the top corner.

His teammate, Riccardo “Rizex45” Mazzotta was also impressive in his performance in this tournament. Especially in the series against Misfits, he stole the show despite the low-scoring affair. Nearly every dangerous opportunity involved Rizex45 in some capacity. He set up several critical goals, like the Game 3 double demolition after eight minutes of overtime. In Game 4, after another three minutes of overtime, he made a great challenge with no boost to set up Catalysm.

Misfits Gaming top-four finish firmly entrenched them in the fight for a spot to go to Los Angeles. In large part, this was due to the level of play from Kurtis “Kash” Cannon. He was passionate on camera anytime his team scored, and his playstyle resembled that. He was the keystone in Misfits’ defensive game plan. His aggression and tenacity kept Misfits in the series where they otherwise looked lackluster in attack.

This was evident against Evil Geniuses in the Upper Semifinals. Despite losing four games to zero, Misfits kept every game within one goal and still pushed EG to over eleven minutes of overtime. Again, against Guild, they limited the opponent’s offense. A three-game span of mistakes allowed Guild back in the series, but against Team Queso, Misfits were back to their offense-stifling, low-scoring ways.

Despite scoring only three goals in the first four games against Team Queso, Misfits held the series at 2-2. A seven-goal explosion in Game 5 was evidence of what happens when Kash’s midfield aggression converts into results. The overall level of play from Misfits was impressive, and only a few tweaks on offense should help them achieve these results more often. Team Queso needed to win three overtimes against Misfits to knock them out of the tournament. A result against a team like Queso should not be understated, and Kash’s midfield aggression with few mistakes could become a defining part of their style.

Team Queso- the star-studded, breakout team with young prospects Joe “Joyo” Young and Axel “Vatira” Touret claiming their spots among Europe’s best. But what about their third player, Finlay “rise.” Ferguson? A few weeks ago, he described himself as a supporting player who let his flashy teammates do the playmaking- but he was just being humble. Rise. had a fantastic tournament, even finishing as Team Queso’s top scorer.

His hat trick against Misfits in Game 7 was a great example. His three goals were not necessarily due to elite mechanics but clever positioning to finish off plays- although he certainly made some highlights throughout the tournament. Perhaps his most underrated contribution to the roster comes in the form of his playmaking, that supporting role he described. But it is not a passive, backline role. While his teammates routinely pull off the impressive solo plays, most of Team Queso’s passing plays and counterattacks are facilitated by rise. His pass in Game 2 against Evil Geniuses in the Lower Bracket Final was a delightful recovery as he made a midfield interception, sending a perfect pass for Joyo to do his thing.

Watch the clip on Twitch

He was involved in nearly every goal against Evil Geniuses in some fashion. His influence was obvious, either directly scoring or assisting the goal or disrupting the opposition defense. He is not a perfect player, but he has been an integral part of Team Queso’s rapid ascendancy in Europe.

Every week of RLCS provides more insight into new players shining under the lights. Some of these players will continue to push their teams forward throughout the season, and some will even get to impress on the international stage. Rocket League is a team game, and for every world-class star, there is another player on the team who puts in the work to push their team to the next level.

Think you've got what it takes to be the best? Join G-Loot and compete against your friends and rivals in Rocket League.