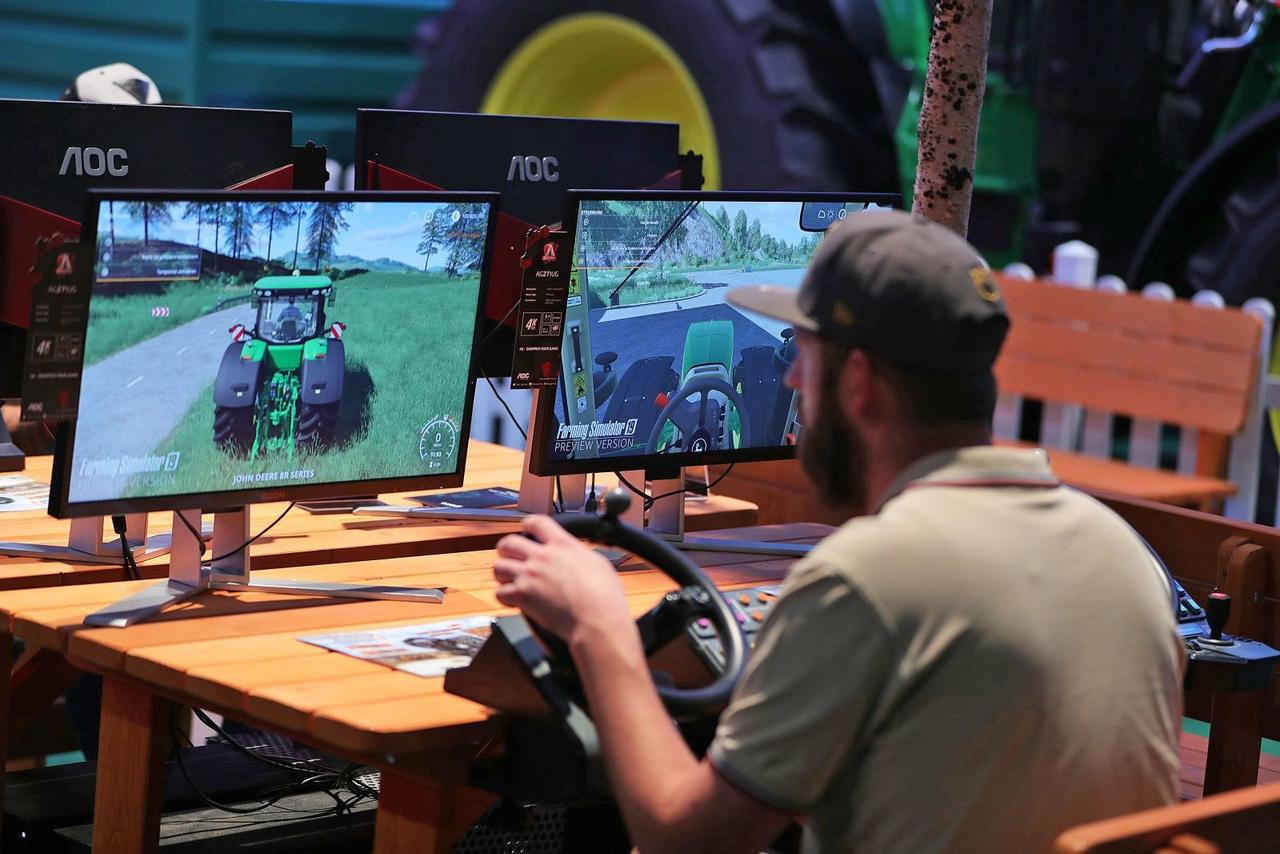 So when you think of esports, you probably think of Apex Legends, League of Legends, CS:GO, right? Here are some unusual games that have made it to the competitive gaming scene.

Yep, you read that right. Competitive farming. If you're anything like me and unfamiliar with anything Farming Simulator, you imagined it to be a tranquil game, like Stardew Valley or Harvest Moon. A place where gamers can take their play to a calmer virtual world: one that isn't on the brink of destruction or inhabited by vicious monster enemies trying to kill you. Well, apparently, I was wrong. Farming Simulator has gathered a competitive fanbase, and they are coming for your blood! Well, perhaps maybe just your hay.

In a Farming Simulator contest, players are given fifteen minutes and tasked with collecting as many hay bales as possible. Quite what that entails, I'm not sure. There's an awful lot of thought put into the strategy of this, and the matches can be close. Like, one hay bale in the last seconds close. Clips of the tournament in 2019 will show an intensity one would otherwise struggle to attribute to a game about farming.

This one I not only understand but love. The competitive Geoguessr scene is immense; who'd have thought Google Maps could have been so exhilarating? Next up, we definitely want to see competitive Wiki-racing.

GeoGuessr is a game where you're placed on Google Maps in a random position, and you have to guess where; the closer, the more points. Points are scored out of 5000, with competitive Geoguessrs being streets away from locations. Again, this is out of the entire world. Streets away!

You'd think it would be a matter of recognizing terrain or building, but there's actually a lot that goes into it. The best players can identify the location from things like the sun's position, the local foliage, registration plates, area codes; everything is a clue!

It's a fun-to-play game with a supportive and friendly competitive scene. We recommend!

Back in the olden days of 2005, almost every major film was followed by a terrible movie-promo game. 100% cash grabs and 100% meant to fade into obscurity. Games made to drift into the void of a few people's childhood memories after their mom said they could only rent one game from Blockbuster. Shoddy games like the Bee Movie game, a game that corrupted my Xbox 360. Everyone has button mashed their way into an argument on Super Smash Bros, Street Fighter, or Tekken. But only the elite will have ruined a friendship over the hottest game of 2005 - Shrek Superslam.

Piggybacking off the God-tier Shrek memes, a few dedicated Shrek fans mastered the PlayStation 2, Game Boy Advance, Microsoft Windows release for modern play. Presumably, to bring the game's magic to a broader audience, not create a dedicated fanbase that treats the movie knock-off as the most significant esport of all time. That's only a little bit of an exaggeration. The fanbase went as far as remastering the game in HD. Yes, it looks just as bad as you can imagine, and yes, that is part of the magic.

We doubt Shrek Superslam will be making it into the Olympics but it clearly holds a very special place in the hearts of its fans. Go get 'em, become the Gingerbread Man of your dreams.

The story of a racing snail starring Ryan Reynolds and… Snoop Dogg?? Well, this is another DreamWorks film promo game. These days, film games are less Blockbuster Video and more Free-To-Play apps, and out of all the free-to-play apps, it was this one that became an esport.

Shaquille O'Neal: four-time NBA-winning basketball champion and now the star of your new favorite esport. Shaq Fu is the 2D fighting game initially released on the Sega Genesis and Super NES in October 1994. Much like many of the games on this list, it was almost certainly intended as a cash grab off Shaq's super-popularity. Shockingly the game bombed. It was a clunky Street Fighter rip-off, and no one was here for it.

Clearly propelled by nostalgia, fans have brought Shaq Fu to the competitive scene. The fanbase clearly doesn't take itself as seriously as other esports (Apex fans, we're looking at you). Still, they look like they're having a lot of fun. Just to exemplify the meme nature of the game, at a Shaq Fu contest at PAX East 2013, the first-place prize went to a guy in a horse mask called Horseface Killer. Was this in a bid to scare his enemies or perhaps to remain forever in obscurity? Is he embarrassed? Whatever the case, Horseface Killer lives among us, and we must forever live with that.

In 2018 the game was brought to PS4 with some genuine hype. So perhaps a weekend playing Shaq Fu: A Legend Reborn?