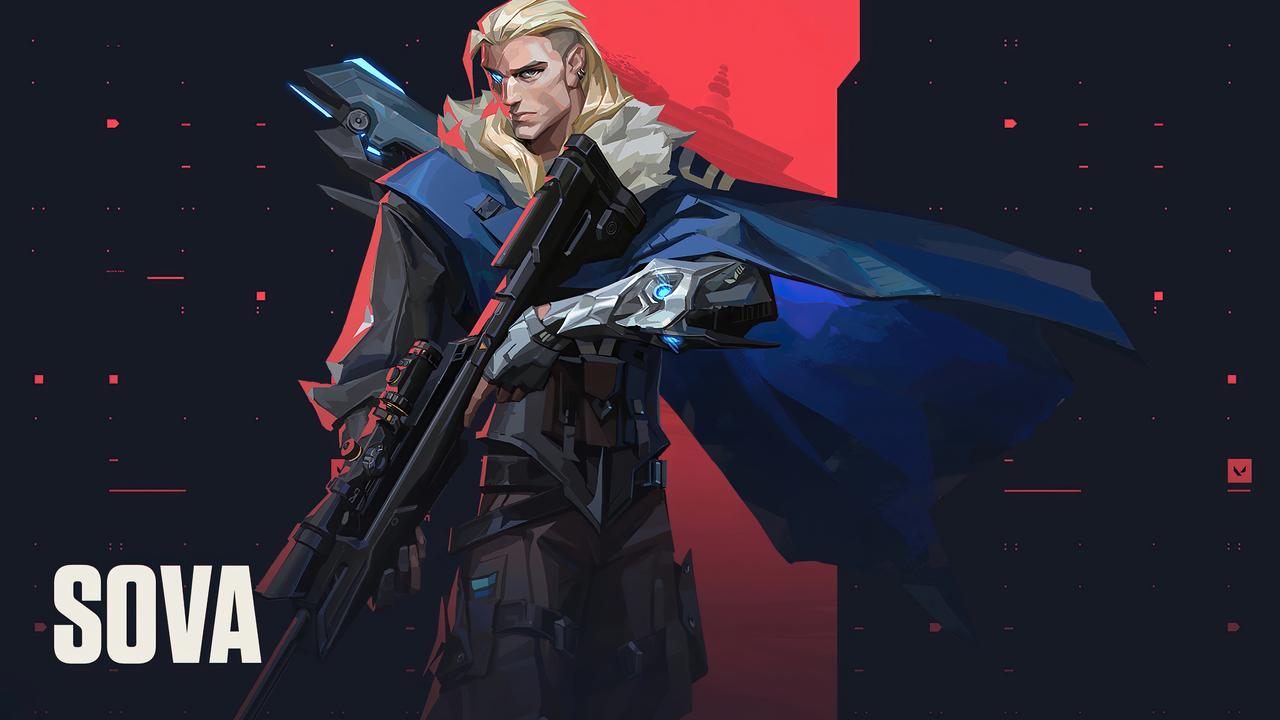 Valorant: How to play Sova

Sova is one of the seventeen playable Agents in Valorant. He was introduced in the beta as one of the game’s ten original Agents.

The Russian archer is one of the most-played Agents in Valorant thanks to his useful and easy-to-use toolkit. He excels at seeking out enemy locations with a number of recon abilities. He can then help his team hunt them down and finish them off.

Sova offers a great Agent option for both beginners and veteran players alike. He is even featured in the game’s tutorial. This article will tell you everything you need to know about Sova in Valorant.

Sova’s codename “Hunter” appropriately matches his playstyle. He serves the role of Initiator where he aims to set up attacks for his team while also sniffing out enemy tactics. Sova is excellent at scouting out the other team’s location, weaponry, and approach. He carries a customized bow that fires specialized arrows, which he uses in many of his abilities. Several recon tools offer consistent and versatile methods of gaining intel on opposing squads. While it is mainly used for scouting, Sova can dish some damage out with his bow as well. His Ultimate Ability even allows him to fire powerful energy blasts through walls.

Sova’s knack for quickly gaining information makes him a common presence in the current meta. He can be used offensively to set plays up for his team or keep them informed on what to look out for on defense. This often allows Sova to dictate the pace and flow of a round. His toolkit is also very accessible and players can opt to play him passively or aggressively depending on their skill level. An elite Sova player can essentially see enemy movements coming before they even happen.

Sova’s abilities offer a balanced mix of gaining intel and inflicting damage. For most of them, he uses his bow, firing a variety of arrows with different functions. Sova can also launch a drone that tags enemies with tracking darts.

Equips a reconnaissance drone that can be launched by pressing FIRE. The airborne device is then controlled from a first-person viewpoint and can tag enemies with a tracking dart. The drone can be destroyed and self-destructs when it’s duration expires.

Equips an explosive arrow that can be fired at enemies. The arrow detonates upon contact, damaging anyone caught in the blast radius. ALT FIRE will add up to two bounces to the arrow, allowing it to ricochet off surfaces before exploding. The shot can be charged to extend its range.

Equips a recon arrow that can be fired at a surface. The arrow activates on collision and highlights any enemies scanned in the area. ALT FIRE adds up to two bounces similar to the Shock Bolt. The Recon Bolt can be destroyed by enemy fire.

Equips a bow that fires powerful blasts of energy and can tear through walls. It inflicts damage to any enemies caught in the line of fire and reveals their locations. Sova can fire up to three shots while the ability timer is active.

Playing Sova effectively requires cooperation, coordination, and communication with your squad. He and other Initiators are designed to help put their teammates in positions to succeed.  His abilities are great for gaining intel, but there’s not much you can do with them by yourself. Relaying enemy locations to your team is a key part of Sova’s game plan. Even his damage-dealing abilities work best when combined with team attacks. This can be an issue if you are not fully comfortable using Valorant’s communication system, which is perfectly understandable. You may find it more challenging to play Sova than other Agents if you don’t plan on interacting with your teammates.

Recon Bolt is Sova’s trademark tool that offers the most utility. This arrow attaches to a surface and sends out a sonar pulse with a radius of 29 meters. All enemies caught in the pulse’s range will be tagged for a short duration. Charging the shot changes the launch distance at up to three levels. Adding up to two bounces to the shot with ALT FIRE will make the arrow ricochet off walls before adhering to a surface. The Recon Bolt can be destroyed before activating, so don’t fire it directly toward a group of enemies. Instead, stick it near corners and entryways where you anticipate enemies approaching from so that it will tag them before they realize they are being scanned.

Owl Drone serves as Sova’s most robust intel ability. Using the movement keys, he can control the drone through the air to get a glimpse of enemy activities. It can fire a tracking dart that highlights an enemy’s movements with a flashing outline, albeit for a very brief duration. The drone can fire up to two tracking darts at a time. Sova cannot move himself while he is controlling the drone. Before deploying, you should find a safe, hidden spot or have a teammate covering you so that you are not vulnerable to enemies. If Sova is damaged while controlling the drone, the ability will end. The drone can be destroyed and has 120 HP. A popular tactic is to have a Dualist teammate follow your Owl Drone when approaching enemies. Have the drone appear first so they become preoccupied, and your teammate can ambush them for an easy kill. If the ability lasts its full duration, the drone will self-destruct.

Use Shock Bolt in team firefights to eliminate a group of enemies at low health. The arrow’s blast radius inflicts damage on all those caught in it, making it possible to kill multiple foes with one shot. The center of the blast deals up to 90 damage, while the fringes deal as little as 10. Holding FIRE will charge the shot and increase its range. Up to two bounces can be added to the arrow by pressing ALT FIRE. Bounce Shock Bolts off walls to reach tough angles and potentially hidden enemies. Using bounces, you can catch unsuspected enemies by surprise and then finish them off as a team when their health is depleted.

Sova’s Ultimate is his most offensively oriented ability. Hunter’s Fury deals 80 damage while also tagging any enemies caught in the line of fire. The most unique trait of this ability is that it can pierce through any terrain, including walls. This makes it very useful even when no enemies are within sight. Sova can fire up to three shots while Hunter’s Fury is active. This Ultimate is very useful in end-of-round situations when the Spike needs to be planted or defused. When attacking, Sova can fire the arrows from the next area so that his team can breach the Spike site and finish off weakened opponents. When defending, he can shoot towards all surrounding walls to reveal where enemies are approaching from and help his team respond.

When playing against Sova, you must stay attentive at all times. Be on the lookout for either of his intel abilities, as both Owl Drone and Recon Bolt can be destroyed. If you manage to spot one, get rid of it before it can get a chance to reveal your location. Be wary that it could also be a trap, so don’t fall victim to an obvious Owl Drone decoy flying directly toward you. If you catch Sova stagnant while he is using Owl Drone, make the most of this opportunity to eliminate him. Controller Agents like Brimstone, Omen, and Viper are great counters for Sova’s intel abilities. Their advanced array of vision-blocking tools can make it hard for him to gain information. Viper’s lingering poison abilities are great for limiting Sova’s impact. Her Toxic Screen is especially useful for blocking vantage points and preventing him from infiltrating your position.

What have been your best plays with Sova? Let us know on Twitter.