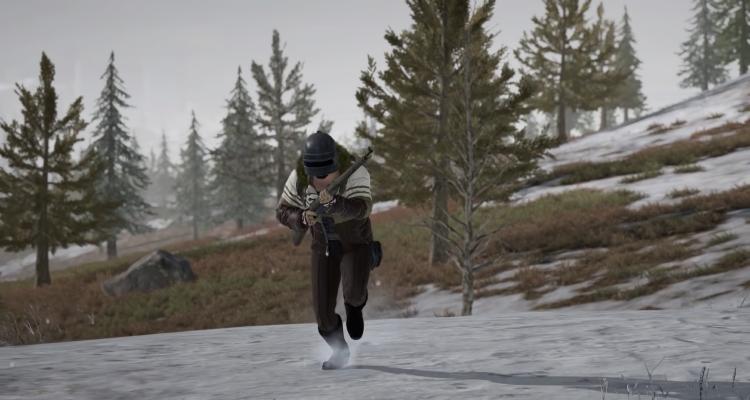 Vikendi is PUBG's snow-covered battleground that comes with a few unique features. In the grand scheme of things, it slots in nicely between larger maps like Erangel and Miramar, and the more compact arenas such as Sanhok. It's a fun map that balances more frequent firefights with the ability to disengage for recuperation.

Whether you're a spirited newbie PUBG player, a battle-hardened veteran, or anything in-between, knowing the best Vikendi tips and tricks will help you reach greater heights.

PUBG rewards good shooting and strategic thinking, but one component of the game is much more critical: landing. How you land on Vikendi can spell the difference between Chicken Dinner and taking a bullet to the head.

The first thing to observe is the map's distance representation. This knowledge will help you gauge your jump's distance. Once you've chosen your drop zone, you must wait for the plane's wing to align with it.

Your velocity will need to be adjusted based on the distance to your descent. Face squarely to the horizon to go the furthest. As a side advantage, the faster you go, the quicker you'll move after you open your chute. To achieve this, simply glance down and press W. Hold Shift to accelerate the plunge.

Finally, you can fine-tune your landing precision by swinging with W and gliding with Ctrl.

Now that you have a better grasp of landing, you'll need to put it to good use. You're probably thinking of just going for the best drop locations on Vikendi. While the logic seems sound on the surface, it can ultimately lead to a quick death.

If you and your team are confident, picking medium or high-risk drop zones can net you a large arsenal. There's no shame in choosing a low-risk landing place, especially if you prefer a steady pace.

One of Vikendi's most unique features is the train lines. These train lines travel across and around the map, making crossing Vikendi's cold slopes easier. Eleven stations are distributed around its landscape, where players can embark and disembark. While one train route skirts Vikendi's borders, you could quickly end up outside the play area, so proceed with caution. Two internal train lines feature many trains, which are excellent for taking out enemies on foot and station ambushes. As for the trains themselves, some cars offer more cover than others. The train lines are visible on your map, so stay near them if you need to move quickly.

Before we wrap up, we've got some extra tips that'll help you fine-tune your path to victory.