What roles does your PUBG squad need? 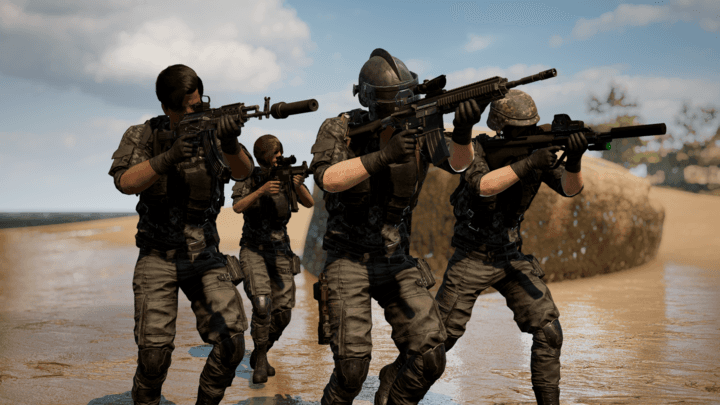 When partaking in PUBG esports, you’ll inevitably begin to look into playing with a squad. While the glitz and glamor of the game lie in taking on a horde of other players in free-for-all battle royale, squad play is where the real strategy lies.

Individual skill is still crucial to success, but in PUBG squad games, there’s an added layer of planning and tactics that come into play. And this is where squad roles are vital. If you want to succeed in the esports domains of PUBG, you’ll need to have a clear divide of roles and responsibilities for each member of your squad.

Why divide your PUBG squad into roles?

The game doesn’t force you into different roles. In fact, that would technically go against what a battle royale game is all about. Squad roles aren’t something you’re going to work out with a pick-up group, and you shouldn’t try to force them.

Dividing your team into roles is for premade teams, people who know each other and can communicate strategically. And communication becomes far more effective when every player in a squad has their own part to play.

Dividing a squad into roles also means that you can more realistically distribute loot without one player hoarding all the good stuff and gimping the others. For example, if you know one of your squadmates is a solid sharpshooter, you’re going to let them have all the sniper gear they need to get the job done.

So, what exactly are the roles you can have in a PUBG squad? Assuming you’re playing in fours, the split is quite simple.

As it says on the tin, the in-game leader is the brains of the operation, the one piece of the puzzle that glues the rest of the team together. When most people see the term leader, they assume it means you get to boss people around. But that’s just a recipe for disaster.

The IGL in PUBG esports has a challenging part to play. They are the main decision-maker for their squad, and as you probably understand, making decisions in PUBG isn’t straightforward. An IGL needs good situational awareness and solid knowledge of the game. They need to consider the strengths and weaknesses of the squad when determining what course of action to take when shots are heard nearby.

A lot of PUBG squads choose to have their sniper be the IGL since they have a much better view of the map. However, they can actually be anyone on the team that isn’t going to be directly in combat most of the time.

Also known as an Entry, a Scout is the information gatherer of your squad. This role aims to check out new locations and get a lay of the land before the rest of the squad follows. An ideal Scout is a player who knows how to move through terrain and buildings without being detected and can quickly communicate what they see.

A Scout’s equipment needs to be relatively light. It should be able to support both close and up to mid-range combat engagements. They also need to have deep map knowledge. Knowing the nooks and crannies of a map’s points of interest is crucial for a Scout to be able to move quickly and without getting caught by enemies.

In a pinch, a Scout can fill in for the IGL if they fall in battle.

Also called a Carry or a Flanker, the Fragger is the muscle of your band of merry players. The player in this role needs to be good at two things: shooting and taking advantage of blindspots. In other words, this is the player that’s going to ideally rack up the most kills in a match. Therefore, you want them to have decent stuff.

But being a Fragger doesn’t mean you go around shooting enemies on sight. You’ve got to be smart. While your team is drawing fire, you need to take the side path and approach your foes from an angle they won’t expect. That means you’ll need guns that are powerhouses at mid ranges, but on some occasions, you may need something that reaches a bit further.

A Fragger should also have a few grenades to toss and some decent armor for survivability.

Also called a Spoiler, the Support role is a bit of a mixed bag and will greatly depend on the kind of team you’re running, the map, and what additional functions you need. The main thing that all Supports should do is hold positions. On a lot of occasions in PUBG, you’ll need to take refuge or cover while your team reloads and heals. This position should be controlled by the Support while the squad does its thing.

The gear a Support takes wildly depends on your squad. If you don’t have an actual Sniper, having one on a Support with half-decent skills is better than none. You may also want to double the firepower by mirroring your Fragger’s setup. Whatever the case may be, gear needs to be chosen based on the bigger picture.

Supports should also have the most storage among the team to carry supplies, such as additional ammo and items. This effectively means that the bigger backpacks need to go to your Support to ensure optimal capacity.

How to split squad roles?

Choosing roles for your squad depends largely on each player’s individual strengths. Considering you’re looking to develop your skills in PUBG esports, that means you need to look at each other’s skills as objectively as possible. Just because Steve like sniping doesn’t mean he’s good at being a sniper. Maybe he’s better suited as a Scout because he knows the map inside out.

It’s important to look at the grander scope of how victory is achieved in PUBG. Being selfish and taking up a role that doesn’t fit your capabilities will only hold your squad back.

Want to see how professional PUBG players play their roles? Make sure to tune into the final of G-Loot Season 6. If you want to put your own skills to the test and earn rewards, create your free G-Loot account today.