Which Valorant agent should you play? 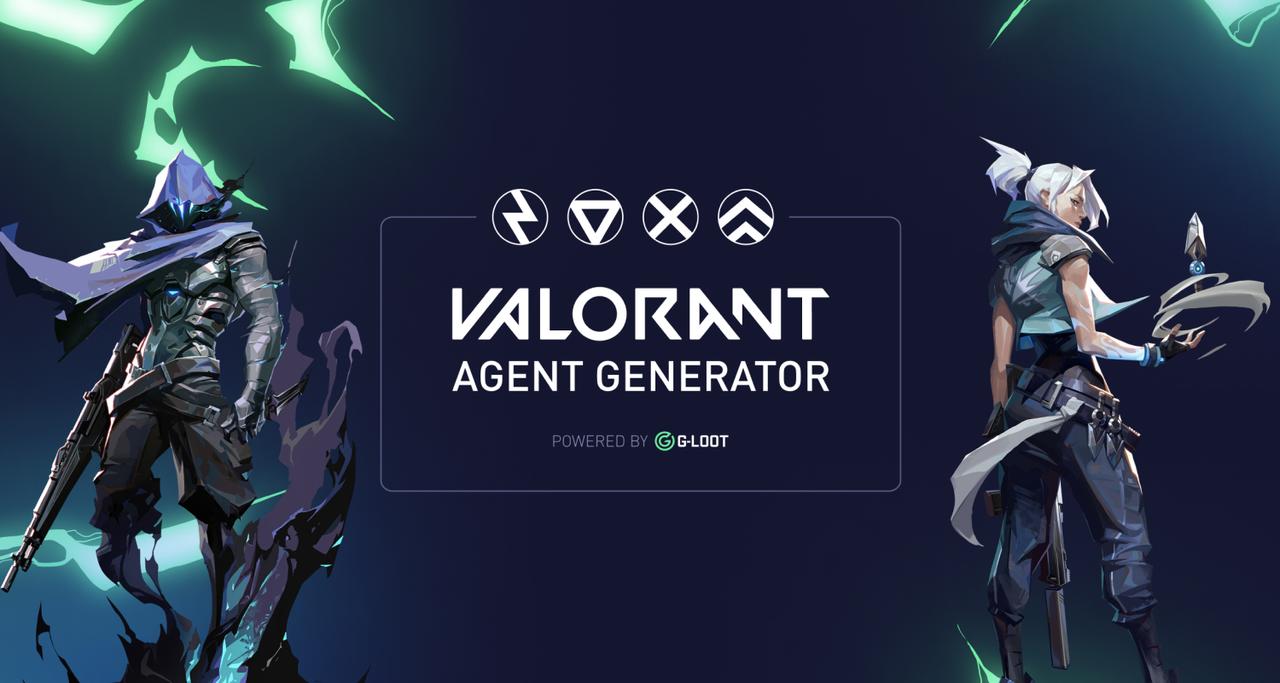 This week, G-Loot released a fun, new tool: The Valorant Agent Generator. This generator lets you find the best team comps for each map in Valorant, based on your current rank. We spoke to Chief Growth Officer, Jamie Dunbar Smyth, to learn more about what it is and how it works.

Firstly, what is the Valorant Agent Generator?

The generator is a way of choosing which Valorant Agents to play on any Valorant map.

It uses anonymized meta-data from users playing in competitive matches on G-Loot to provide a recommended team composition based on map, rank, and other agents within a team. Simply, it takes thousands of stats and looks at which Valorant Agents win and lose together in different scenarios. It helps give you the best Valorant agent composition to increase your chance of winning at Valorant.

It’s really easy. On the generator page, you choose which map you’re playing on and your rank. If you want to, you can also choose some agents to put into the lineup. Then the generator suggests different lineups ranked from best to worst.

Where did the idea come from?

It actually came out of a problem we discovered when we were playing Valorant. A lot of the people at G-Loot are avid gamers—of course—and we’ve been playing Valorant together during our breaks and after work. We actually have our own internal tournaments that we run, complete with team shirts and commentators! The grand finals of each tournament are a big social event at the company.

Valorant is a very competitive game, where the choice of agents within a team has a big influence on the likelihood of winning a game. There’s a lot of strategy involved.

We were trying to figure out the best lineups to play in our matches and which Agents we should learn. The problem was that the only way to learn which agent to choose is based on watching the pros or by reading outdated blog posts. While we do have some old esports pros in the company, not everyone is playing at that level. What works for a pro is probably not going to work for someone at Bronze level. We wanted a way that we could make smarter choices about our lineups. We’re data nerds; we wanted to base our choices on hard evidence.

How did it get built?

Henrik Erskérs, our Data Engineering Lead, had already been thinking about it when our yearly G-Loot Hackathon came around. Over a day and a half, the team built a working prototype.

At first, it was just a fun idea for us to use in the office. Then we realized, hey, maybe other people would like this too. So we decided to build it properly and share it with our community. Building cool technology that adds something extra to your game is what we love to do, and this was the perfect chance to do that.

What is it useful for?

There are a bunch of scenarios you might use it in. Maybe you’re playing with some friends, and you’re in the lobby and know which map you’re playing and don’t know who to play as. Especially if some people in your team have Valorant Agents they always play because you can add those into the lineup and then get the best matches for them.

At G-Loot, I think the teams will use it a lot to plan their strategies for tournaments. For training, too: figuring out who to train with.

It’s also handy for solo-queuing. When you see who your teammates have chosen, you can make an informed decision on which agents would round the team out perfectly. Especially if you’re playing in a G-Loot Brawl where you really want to succeed and climb the leaderboard.

If I use the generator, will my team will win the next office tournament at G-Loot?

Ha. No. You’re still going to have to practice. Sorry.

What does the generator have to do with G-Loot?

At the heart, G-Loot is a tracker. More specifically, we are a Valorant Tracker, meaning that we really care about the data. We work really closely with our partner Overwolf to ensure we get close to real-time data, allowing us to add more to your gaming experience. Over the next month, we plan to integrate with our Valorant API, enabling us to further enrich our data collection.

Using this data, we want to be able to offer our users the ability to compete in a more casual manner. We believe esports should be an everyday experience. The data allows us to offer a variety of competitions, and of course, you’re in it to win it when you compete.

So we feel like this community tool is really an add-on to that competition experience. We’re hoping that the community will feel the same way and help us develop it out further.

Try the agent generator for yourself. Then why not join us on Discord and let us know what you think?