Why Top CS:GO Players are Switching to VALORANT

No esport has seen the same type of longevity as Valve’s Counter-Strike series. After the original game’s full version was released in 2000, the shooter made its esports debut a year later at the 2001 Cyberathlete Professional League (CPL) Winter Championship. From there the game’s competitive scene would erupt until Counter-Strike became the world’s most popular esport. The series has seen nearly twenty years of success in esports and with tournament prize pools regularly reaching six figures, it is also one of the most profitable routes in professional gaming. Counter-Strike has a global community, with high-level teams and players found in every region of the world.

Although it is highly influential in popularizing first-person shooters (FPS) in esports, no other game in the genre has yet to replicate Counter-Strike’s unique gameplay formula. This allowed it to firmly occupy its niche in the competitive scene, which may have contributed to its lasting success. That all changed in the summer of 2020 when Riot Games released VALORANT. Upon launch, VALORANT was dubbed a “CS clone” by many gamers as there are many gameplay similarities between the two. VALORANT’s esports scene took off shortly after as the game immediately started out with a large player base thanks to a free-to-play business model. Riot Games had already enjoyed massive success in esports with their MOBA title League of Legends and were now looking to encroach on Counter-Strike’s hold over the FPS genre. Though gameplay objectives are largely the same, Counter-Strike features a more traditional, straight-up style while VALORANT throws in more gimmicks and allows players to more freely express themselves. Now that there is an “alternative” to 5v5 tactical shooters, many Counter-Strike pros are retiring from the game and making a competitive switch to VALORANT. 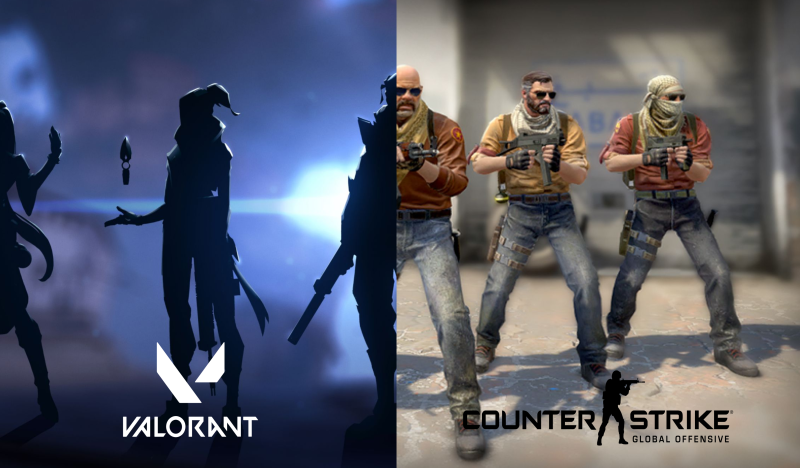 Similarities and differences between CS: GO and VALORANT

Both Counter-Strike and VALORANT are team-based first-person shooters. Teams consist of five players and switch off between attacking and defending sides. The attacking side must plant a bomb, or Spike as it is known in VALORANT, at a designated site on the map and defend it until it explodes, while the defending side must prevent the detonation. Games are played in rounds on a singular map. The attacking side can win a round by detonating the bomb or spike, or by eliminating every member of the other team. The defending side can win by eliminating the other team or by preventing the bomb from going off before the round timer expires. All games start out with every player carrying pistols as their primary weapon. At the end of each round, players are awarded in-game currency they can use to buy better weapons and useful items like flashbangs and smoke grenades. Both games are extremely tactical and take advanced team chemistry and execution to succeed.

Though they are very similar, there are some stark contrasts between the two games. Every controllable member of a Counter-Strike team is merely a generic avatar whose gameplay is defined by their weapons and equipment. VALORANT switches things up by introducing unique characters called Agents. Each Agent has a handful of special abilities that only they can access. These abilities must be purchased between rounds and serve the same feature as equipment in Counter-Strike. Agents also have an extremely powerful ultimate ability that charges after eliminations, deaths, spike actions, etc. Many of the skills needed to excel in Counter-Strike translate over to VALORANT so top pros often make a seamless move from one to the other. A good percentage of the world’s best VALORANT players formerly competed in Counter-Strike, Overwatch, or other FPS games at the professional level. 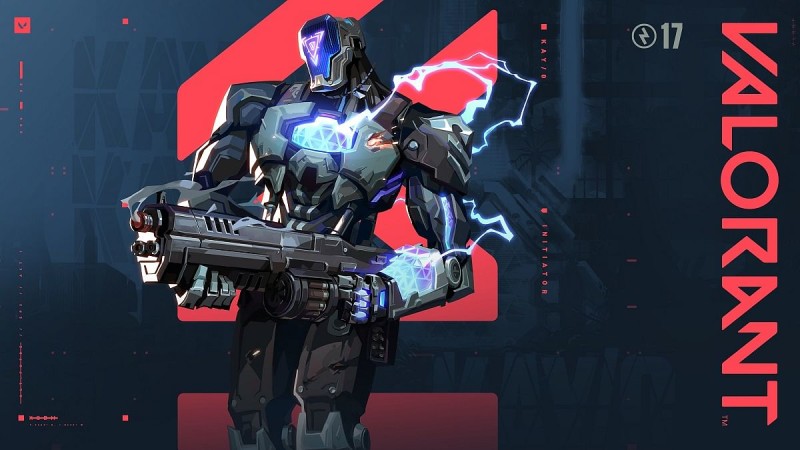 VALORANT agents have unique abilities that can drastically change the outcome of a match. Source: Riot Games.

Migrating to VALORANT has become a trending decision for many former Counter-Strike players. This entails them to “retire” from Counter-Strike and start their career anew in VALORANT, and they are treated as free agents. This has top organizations constantly on the lookout for CS stars making the jump to VALORANT. A host of young stars have changed their careers since VALORANT’s release. One of the game’s brightest stars is G2’s Oscar “mixwell” Canellas Colocho. The Spaniard previously had a highly successful career as an AWPer in Counter-Strike: Global Offensive (CS: GO), most notably for OpTic Gaming and Cloud9. Mixwell was one of the first players to switch from CS: GO to VALORANT, signing with G2 Esports in June 2020. He has helped lead them to eight tournament wins while never placing lower than 4th. Nicholas “nitr0” Cannella is another player who starred for Team Liquid’s CS: GO squad before switching to VALORANT. After retiring in August 2020, nitr0 signed with 100 Thieves.

"a much easier game to get into, much more pleasing to the eye, like a little bit more casual"

The younger generation of players aren’t the only ones swapping games. Several established veterans have transitioned to VALORANT after over a decade playing Counter-Strike. The most notable is Adil “ScreaM” Benrlitom. The Belgian started out in Counter-Strike: Source before becoming one of CS: GO’s biggest stars playing for teams like Epsilon eSports, G2 Esports, and Team Envy. ScreaM accumulated a number of highlights throughout his career as well as an impressive trophy case. He retired from CS: GO in August 2020 to join Team Liquid’s VALORANT squad, where he has continued his winning ways. Another is nitr0’s 100 Thieves teammate Spencer “Hiko” Martin. The 31-year old American had an illustrious CS career dating back to the very first Counter-Strike, competing for top organizations like compLexity Gaming, Team Liquid, and Rogue. South Korea’s Kang “solo” Keun-chul began his Counter-Strike career in 2005 and was a member of MVP PK, Korea’s top CS: GO team. He retired at the turn of 2021, signing with NUTURN Gaming.

Powerhouse organization T1’s VALORANT roster is made up almost entirely of former CS: GO players, with Tyler “Skadoodle” Latham and Timothy “autimatic” Ta being notable members. One of the more interesting names on the roster is Braxton “brax” Pierce. Formerly known by the gamertag “swag” in CS: GO, Pierce was once considered one of the game's most promising prospects. His career was derailed when he was permanently banned from Valve-sponsored for his part in a match-fixing schedule while playing for iBUYPOWER. He continued competing in CS: GO but was restricted to low-level events, hurting his chances to sign with a top organization. In February 2020 before VALORANT was even released, brax retired from CS: GO with ambitions to compete in Riot’s new shooter. He signed with T1 in March and has enjoyed a fair amount of success in his new career, free of any controversy. 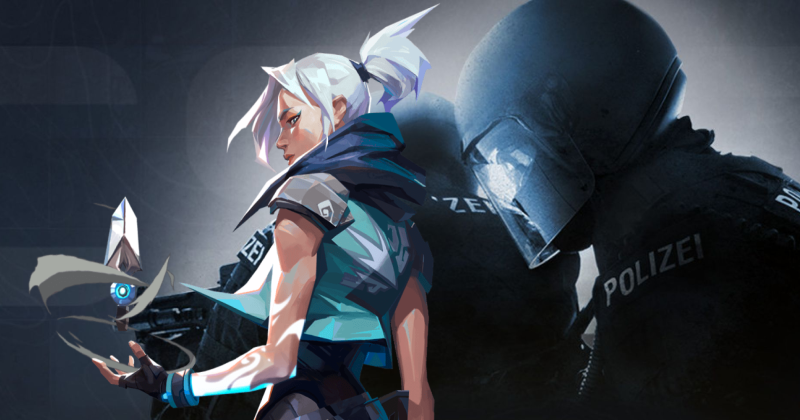 The Future for Both Games

Despite VALORANT acquiring some of CS: GO’s best players, the two games manage to coexist together in the current esports landscape. Although VALORANT’s popularity has skyrocketed over the past year, CS: GO’s dedicated fanbase has not let the game fade away. This has kept optimism high that neither game will do away with the other. However, former CS: GO star and prolific streamer Michael “shroud” Grzesiek has expressed concern for Counter-Strike’s future as VALORANT continues to grow. He cites that VALORANT is “a much easier game to get into, much more pleasing to the eye, like a little bit more casual. Counter-Strike is a little bit more hardcore.” On the contrary, some Counter-Strike players have rejected VALORANT because of these traits. Most notable is Natus Vincere superstar Oleksandr “s1mple” Kostyliev, who ironically called VALORANT “too simple” for him. Team Liquid entry fragger Jacky “Stewie2K” Yip had previously stated that he wasn’t a fan of VALORANT and that it was “more for casual players,” but recently revealed that he will eventually switch games at some point in his career. Although VALORANT appears to be on track to acquiring more of the top CS: GO players as well as new players entering their esports careers, there is no sign that the two games can’t coexist together in the current esports landscape.